One side of square goes to far

So when cutting a square profile the xcarve always goes too far left on x axis. Top bottom and right side have the profile of the bit but the left side basically goes half a step over every other time it dows that edge. 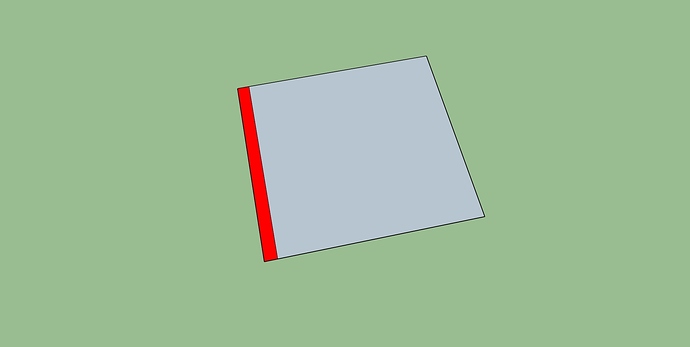 Just in case I have attached a drawing of what its doing. It will follow the right path but then the next pass it will go out a step further. My circles were messed up but I tightened belts and it seemed to fix it but now they are messed up again and this square is a new issue.

It’s becoming super frustrating as I have been trying to do inlays for paid projects and can’t . i don’t think I’ve gotten more than a few successful cuts out of this machine without having to go back and readjust everything. I have the 1000mm and the 30 min x axis stiffening. I’m using bosch colt. Ihave done light passes and deeper passes with the same results. I think I may be selling this thing and getting something more reliable if I can’t get rid of constant attention required on it

Moved the x carve to easier space to work on. Loosened up y rails and set to square (measured diagonally) reset z to square and adjusted v wheels and eccentric nuts. Turned pot screws all the way down and turned them up until axis move freely. Tightened belts just a little over 3lbs at one inch of travel. Finally can make circles and squares again. It’s not that it hasn’t worked. It’s that I don’t even use it daily and constantly have to go retighten belts. (used zip ties on each end or wouldn’t even last one carve. I think the biggest issue with the machine is the belt system. I wish every axis was a threaded rod or something other than these belts.

Don’t get me wrong I have made some great things on the x carve but just looking at a lot of the for sale threads previously the number one reason has been people upgrading to something else because they are tired of troubleshooting. I’d rather have it just not work then sometimes work and sometimes not. It’s fine when it goes off course on a practice plywood but not on something I just spent a day building to only have ruined by a 1 cm belt skip or whatever decided to cause it. I always test on scrap and then do real thing and sometimes results are different back to back haha

This machine can and does work consistently once it is tuned and you have taken the time to learn its limitations. My machine is completely stock except for the 30 minute mod, heat shrink tubing on the belts, and loc-tite on the eccentric nuts. I use my machine several times a week.

The times I have had failures almost always boil down to issues with my tool path or improper speeds and feeds. You are not going to get 100 ipm routinely on your stock machine. Your DOC should never exceed 50% of the diameter of the bit and sometimes that is pushing it.

Search some of my posts and see what I have created using my almost stock machine. I use VCarve Pro and UGS.

Those belt skips can be improper feed rates or router speeds. That’s the typical symptom I have when there is a feed rate issue, router speed, DOC, or a combination thereof. I have also experienced cutting several pieces then skipping start happening and the carve goes off course. Finally figured out the bit was dulling and couldn’t keep up with the feed rate any longer.

+1 on what Phil said. When I first used my machine at slower feed rates the Y axis would be fine and at fast-Z the Y-axis would skip because there was not enough current for Y-motors.

I appreciate the responses and advice. I am at just shy of 4lbs on x and y axis belts. I did zip tie all the belts. This most recent time I was using a bit only used once before and was only going at 45ipm on some pine with a 1/8 double flute from drillman on ebay. I never set Doc above half the diameter. I think issue this time was belts and pot switch

I hope you figure it out Chris. I love my X-Carve.

I love mine too. For the money there are really no options close out there. It was working fine after I went through it all again but the collet on my colt broke so I am waiting to get the new ones here. Apparently a lot of people have issues with them. Probably why they are sold in pairs. Anyway I will post pictures of inlay cutting board after it is finished. I have been messing around with F-engrave and think I have got it working well.

I’ve made about a dozen of these with my X-Carve. 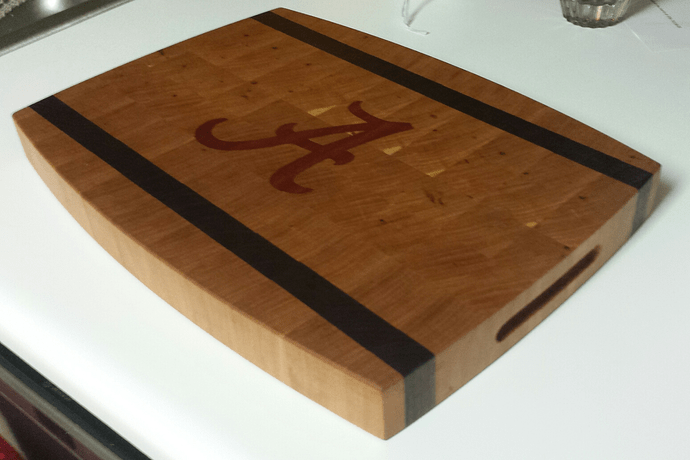 That great! What thickness is your inlay?

That great! What thickness is your inlay?