I created an image using the drawing tool in Easel. When I started to lay out the cut paths, I wanted to cut on the outside of the created image lines. I immediately received the warning message : “Cannot Offset Open Paths. If you’ve imported an SVG, check for open paths and join them before importing.”

I didn’t import an SVG but rather created the desired object through drawing. What am I missing?

When you draw a path you will not be able to cut inside the path or outside the path unless you close the path. Connect the dots.
Good Luck
Russell 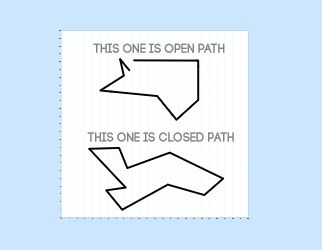 I truly thought that I did “connect the dots” but apparently I haven’t. I’ve worked on it again and still get the same error message.

In your file the image is still not one piece, you can grab and move the lines individually. I redrew it using CorelDraw so its one solid piece.

Copy of Copy of Tote Handle

Russell,
Thank you so much for your help. It is much more than i expected.

You’re welcome David,
Yes I like CorelDraw better than InkScape but I have been using CorelDraw for over 20 years.
One of the first things that I made on my XCarve was a drawer pull for the table that I built.
Good Luck David
Russell

I have to call Easel out on this failing. Easel knows enough about the shape to cut out a pocket. I assume that this is possible when the distance of the “opening” is smaller than the bit size? So why (why, why) can’t Easel just “close” the shape by inserting a segment between the 2 endpoints of the path?

How many thousands of hours have Easel users wasted trying to close paths when Easel could quite simply be less rigid with inside and outside cuts as it is with pockets?

If you can share the easel project, I’d be happy to show using your own vectors.
Go to project>share>change to unlisted >copy the link & past here

Thanks for offering to document how users can close paths that Easel sees as open. A sample project that Easel trips up on is this one.

Of course, the actual problem is that when a user sets the cut type of either inside or outside, Easel should treat these open paths the same it does when the cut type is a pocket – just treat the paths as if they are closed. And if there ever are some paths in a selection that can’t be adjusted, then Easel should adjust all those that it can and only complain about those that it can’t. If there are use cases where the user doesn’t want some adjusted if they all can’t be, then they can just Undo. It might even somehow highlight that can’t be adjusted so that the user can see which they have to deal with manually.

Always think about the user experience. 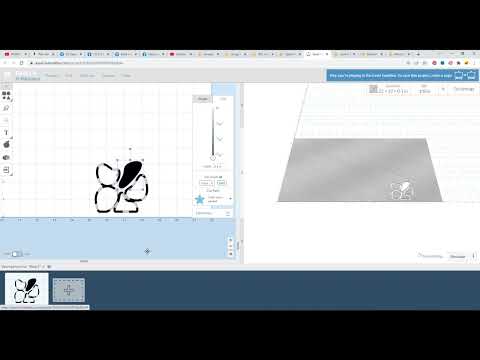 A bunch of stuff. First off, you’re a champ! Thank you for those tips. You’ve certainly given me the knowledge I need to be more productive in situations like this.

But as you can probably tell, I’m really posting here to get the developers to think like users far more than I think they are. And yeah, to get answers to y own struggles too.

I’ll take your hint that I post my suggestions to new topics with the ‘feature request’ tag.

Thanks again. This really helps! (Oh, and how old’s your daughter? Sounds very young.