Order of engraves is being ignored - Bug Report

Expected behavior:
Cuts should be done in the order of the layer supplied by the SVG

Previously this used to work
IE: In December of 2019 the layer ordering of SVG’s worked fine, but now as of Feb 2020 the order of items in an SVG does not work anymore.

Problem:
Easel now ignores the layer order and decides (seemingly randomly) which items to cut
The order Easel decides on is vastly “inefficient” (at best) and at other times “insane” (from a human perspective)

To reproduce this behavior
Import an SVG with DESC ordered vector objects in it.
Try to change the “order” in which they are cut/engraved

Here are some screen shots to show the problem visually: 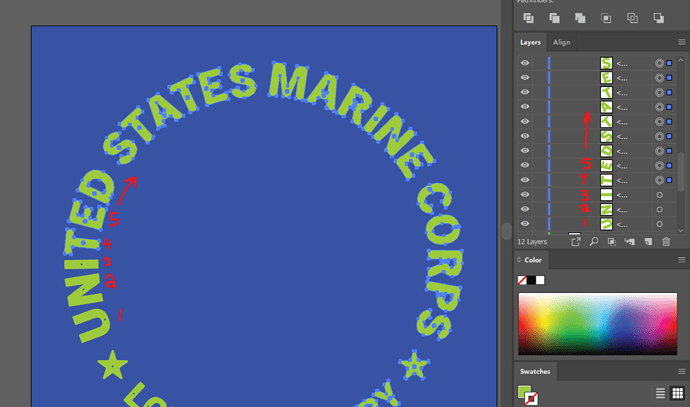 What easel decides to do… 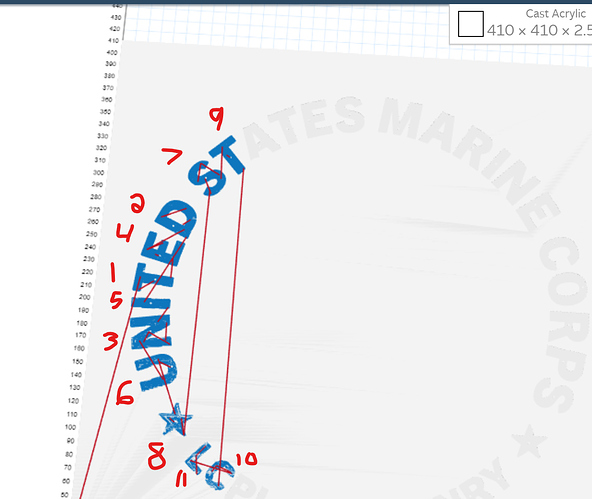 “all over the place” example 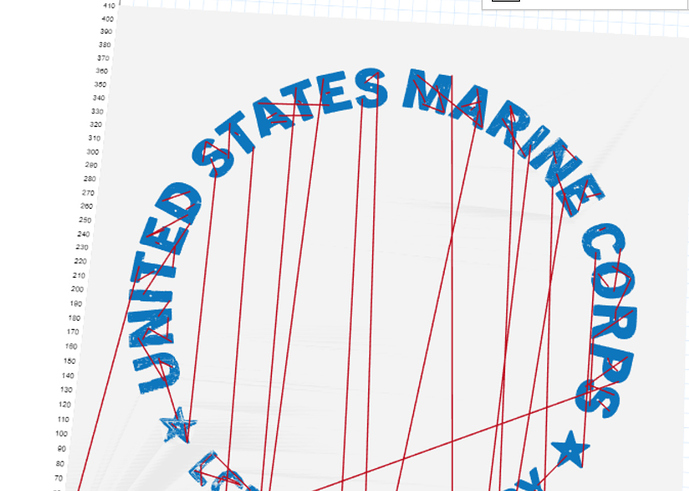 Changing the “layer order” no longer works.
(it certainly used to as i’ve engraved this set of letters many times and the problem with “random carve order” is new to me)

I struggle with the wasted time on a lot of projects. I did not know that the shape order was a thing at one point. I thought this was always an issue. I made a post about it about a year ago:

I’d like to see better optimization of of how the tool moves around on the workpiece and the order in which shapes are cut. I’ve noticed a lot of wasted time with G0 moves when it could just complete an entire area before moving. Here is an example: [TravelingSalesman] When the textured areas are being carved, it is constantly moving back and forth between the two areas wasting a huge amount of time. There is a proof of concept here: https://xyzbots.com:4000/gcode-optimizer/ for addressing th…

The toolpath algorithm they are using needs a bit of work. I hate seeing so many red lines…

so… this has been happening to you as well?

I was thinking about buying the pro version of easel but after 18 months of this kind of thing I am pretty sold on putting that money into VCarve Pro.

What are your thoughts there?

However, I am unclear if VCarve Pro works with xCarve, or, if I will be exporting things from VCarve Pro back into easel and then end up right back where I started, ie “feeling burnt by xCarve”

As far as I understand it, VCarve Pro will generate your gcode, but you will still need to use a sender to connect to your xcarve. You can easel as your sender, as well as ugs, cncjs, etc.

You will need a post processor for VCarve to generate the correct gcode files for the XCarve: Vcarve Pro Post Processor

I’m probably going to go that route one of these days as well, but I haven’t pulled the trigger yet. I do like the ease of use in designing in Easel. Its probably why the word “Ease” is a part of “Easel”.

Easel is a 3in1 package (Design - CAD / Toolpath - CAM / Machine - CNC) as it can do all from design to transmit gcode to the GRBL-based Xcarve controller.

When Easel dont allow you to design what you need, there is nothing preventing you from using different software to do CAD&CAM then export using the GRBL/Xcarve Post Processor and transmit via sender of choice, Easel being one of the options.

VCarve does work directly with XCarve, using its own VTransfer.

So. Let me get this straight…
In order to do things like 3D carving and layer ordering…
Are you saying that I need to buy both vCarve Pro AND Easel Pro?

Or, can I just buy vCarve and then export to Easel ?

just buy vCarve and then export to Easel

This one. No need to purchase Easel Pro if you’re doing all your CAD and CAM in another program.

Also, just in case you haven’t considered it… Fusion360 will likely do everything you want as far as engraving goes, you just have to put in the time to learn how to use it. The benefit: it’s free for hobbyists.

@cg49me is correct, you don’t need to purchase easel pro if all of your CAD/CAM is done in another program.

Aside from fusion360 there are other free apps available for 3D relief toolpath generation such as kiri:moto https://grid.space/kiri?sm:CAM

Everything will either have a learning curve or cost money, or both. You’ll need to decide what will work best for you.