Hello, sorry for my english, i am a french !
I would like to carve some PCB with my Xcarve. I use Sprintlayout to make the drawing of pcb. But the import to this drawing is very bad.
Did you have an idea ?
Thanks you for yours answer.

I haven’t used the Sprint-Layout software. I did look online and it looks like Sprint-Layout exports as an image rather than as a DXF or SVG. You could export as a jpeg image and use the image trace app in Easel. You could also convert the image to SVG using any online converter on the web and import the converted SVG. Sometimes there are scaling issues with SVG import, so you may need to adjust the scale of your design once it is in Easel.

Thanks you for your quickly answer. It’s very kind of you.
Yes, i know, in my question, i said :" the import thrue Easel of the drawing is very bad". I do That, without résult correct. Incidentaly, the import in svg is ever bad too, i think is a probleme with the langage in US soft and The French soft. I never can import svg code. Each time, easel send ean error message.

Or the probleme come with the inch/mm.

You may be able to trace/convert the SVG to an SVG Easel accept by using Inkscape?

Yes i have inkscape 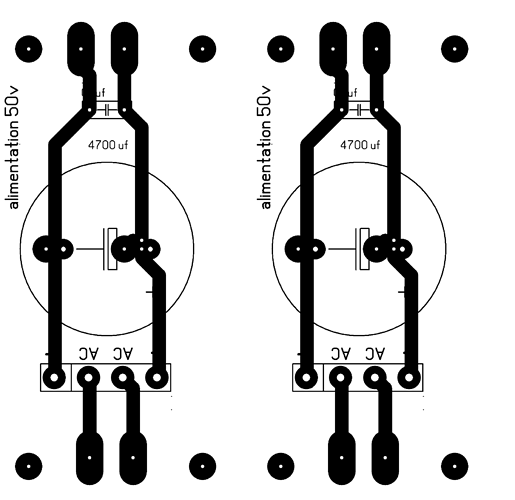 It looks like the Sprint-Layout output is a bit mapped .PNG with a resolution of 100 pixels per millimeter.

I converted the PNG to an SVG using https://convertio.co/

The SVG was faithfully converted so that the pixel count of the .PNG carried over into the point count of the .SVG. However, SVGs may or may not carry explicit dimmensions and even if your SVG contains dimmensions Easel will disregard them and assume 72 dots per inch. This means that the SVG when imported into Easel is 35.277 times too large.

To get the SVG ready for Easel, you need to edit the SVG text a little.

By changing the scale to be 35.277 times smaller, you correct the size of your SVG so that it is ready for Easel. By changing the fills to none and the strokes to black, you get the edges of your PCB.

I did all of this and imported the SVG into Easel. I told Easel to cut on the line, using a 20 degree V bit and to cut down .1mm

This is your project. 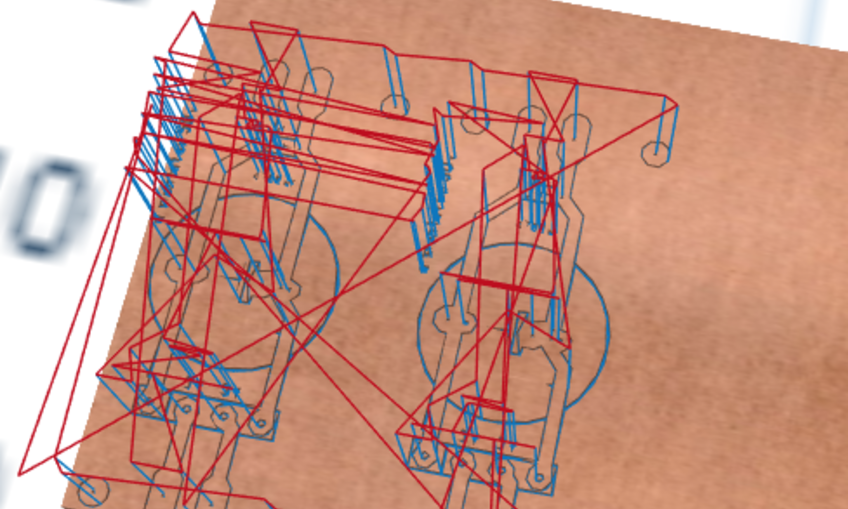 This is a test PCB

@HarryC.Ragland There seems to be a lot of thankless help around here lately. What an awesome effort to help the OP! I’m not saying he won’t be back to say thanks, but I appreciate helpful effort when I see it (even just converting an image).