I’ve purchased a Pledge of Allegiance file from Etsy and downloaded it but Easel will not except it because its a PDF file, I’ve trying using several online conversion programs to convert it to a SVG file or something that Easel will except. HELP!!!

Send it to me an I will convert it for you

now is a good of a time as any to learn to convert.

if you send it to someone then next time you will be in the same positions.

I would recommend Inkscape for the simple reason it is free and it is no harder to use than any other program, as a matter of fact it has a very simular work flow and user interface… you can buy others like illustrator or corel draw which will do the same.

the problem with online conversion programs is that they try to figure out what the end product is that you want and you have very little control over the results. with a local install program you convert and tinker until you get the results you need. then you save the file and can also modify as needed later.

I hope this explanation helps and that you can get on the right mindset of how the machine interprets the images,

please do ask if you need more or any questions about which path you choose.

PofA-flag.pdf (867.0 KB)
Here is the file good luck and thank you for your help.

I opened the PDF and nothing will convert it to an SVG, its an image “jpeg” I opened it up in Corel and did a trace and saved it as an SVG.
When you purchase anything off of Etsy or any other store make sure its an SVG or in some vector format.
Good Luck
Russell 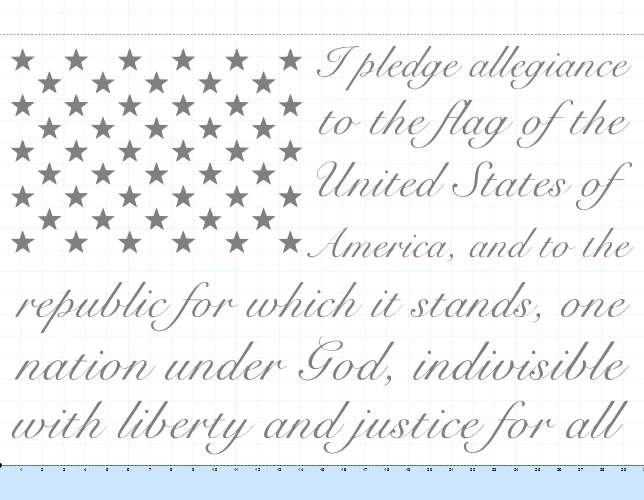