So this all started when I found a roughly 15" round board at my local big box builder supply store for $8 the same week I got a 5 color wood dye kit from amazon. I played with the board and stain for several weeks, sanding it back to bare at least a couple times when it went a direction I didn’t like and I couldn’t swing it back. 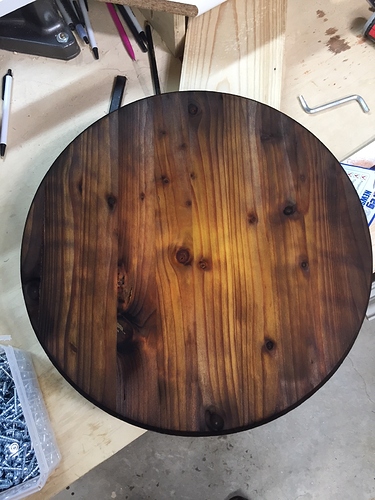 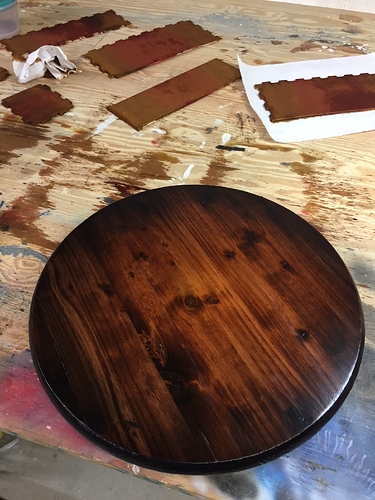 After I decided I was going to stop working on the finish, I coated with polyurethane and started considering what to cut into it. I really had no plan and it looked sort of nautical to me, like the end of a rum barrel or something. So I started googling whatever I could think of and ended up with this. 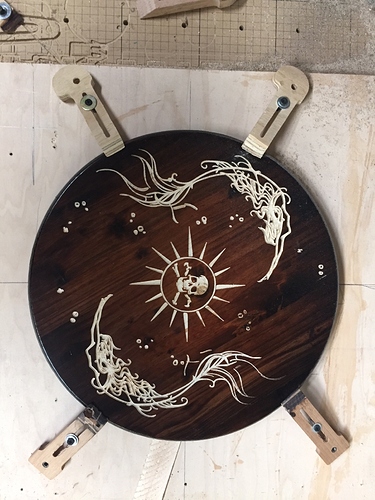 I had to cut it twice because the board, as most boards, was not quite level so if you look carefully, even with the second cut, one mermaids tail is missing a little detail that the other one has. I used a 60 degree V-bit pretty shallow.

I had made some test carves in plywood so I had a few lying around that I tried out different ways of finishing both the cut lines and the board itself. 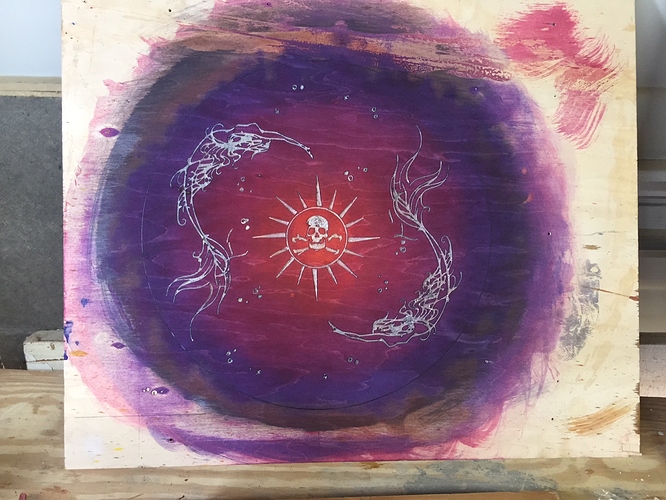 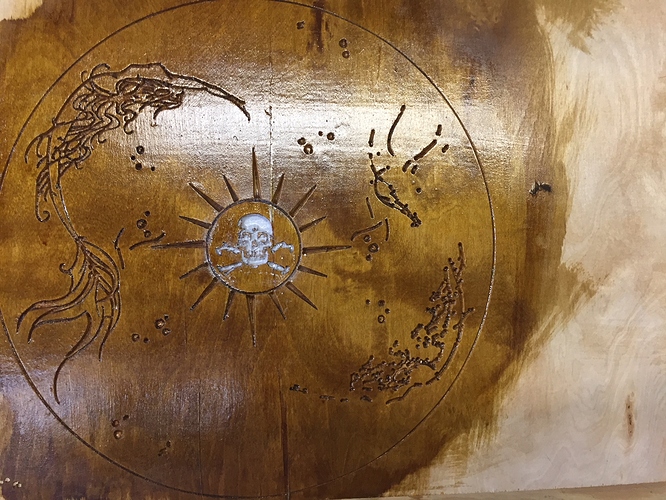 The process I used on the cut lines of the finished piece was:

Airbrush white acrylic
Airbrush white/silver pearl acrylic
Spray can glow in the dark paint
Sprinkle mother of pearl fine flakes into wet paint (gives texture and hopefully sparkle)
Overspray the glow paint with an airbrushed very light coat of white (intended to take out a little of the green/yellow but not block the luminescent effect).

I tried the wipe-off method which worked OK for the acrylic but the glow in the dark paint is about the consistency of baby snot and when i could wipe it off it usually drained the recessed line of paint too so eventually after several coats I ended up letting it dry on the surface, hoping the 5 or so coats of polyurethane I had applied prior to cutting would let me sand it off without reaching the finish. It did in most places, but where there are a lot of cut lines in the mermaid hair I burned through. I tried to delicately brush some brown dye back on there to fix it but it was getting worse not better (mostly running down into the paint and changing its color too) so I cut my losses and urethaned it. 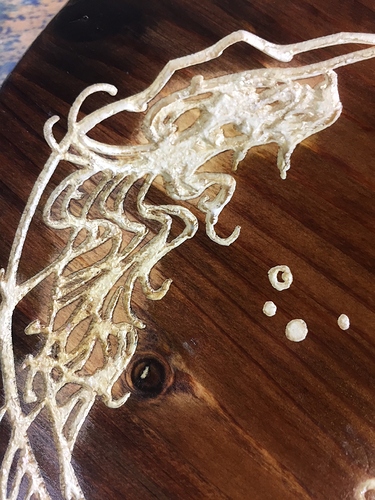 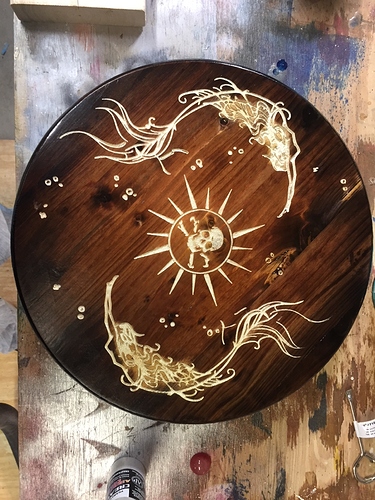 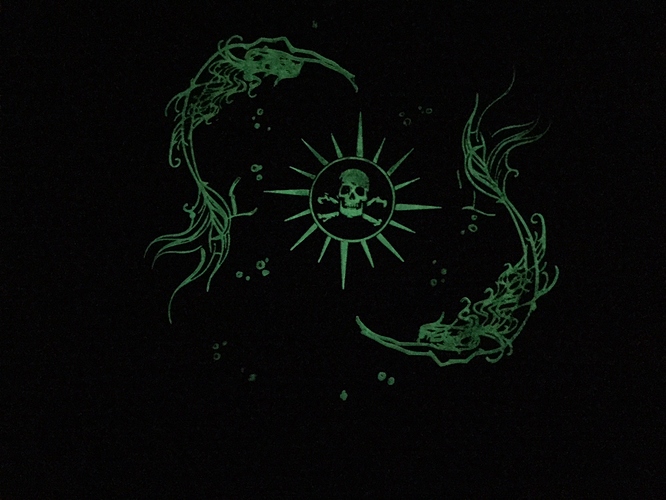 Overall it’s a bummer about the burn-through, but few people seem to notice unless I tell them. I’m not positive how I could have avoided it, maybe one of the masking products I’ve seen talked about. On the upside, in total blackness, it looks pretty awesome.

This is my first project posted. I am super grateful to all here who have helped me learn from their successes/mistakes and hope to create more fun ideas to make and share.

The burn through, in my opinion, adds to the look.

Thanks. It does make a kind of glowing effect around the hair. I’d probably be super proud of it if I had just intended it lol. I have a good friend who is an artist, (actually he is the one who turned me on to the X-carve) and when I watched him work on stuff I remember thinking that a big part of being an artist is knowing when to stop working and declare it ‘done’. That lesson was applied here.