I recently joined a local “MakerSpace” type facility that has an X-carve (1000 mm), and am having trouble creating some of my first parts. The parts were created in SolidWorks (2009) and IGES files were exported. The IGES were then imported into Fusion 360, that was used for creation of G-code. The part is a simple 2d sketch, extruded to a thickness of 0.75". I downloaded and installed the Easel plugin for Fusion 360 (f360-easel.cps) post-processing. 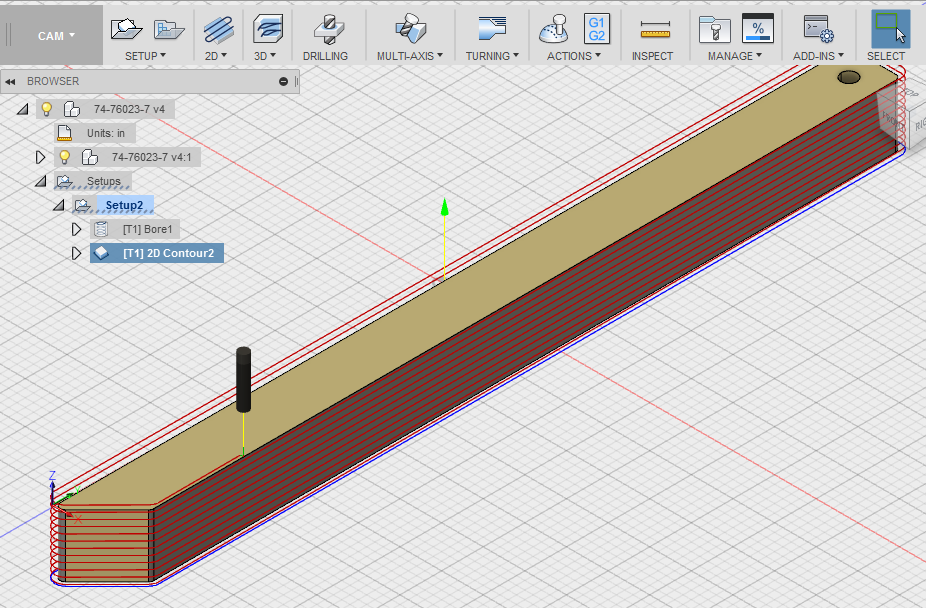 With the material secured, I ran the operation. It quickly became apparent that there was a problem, as the bit was obviously not cutting along the same path along the shorter of the two long sides. On the second pass, it appeared the bit was following a path further away from the part. The next pass appeared to be “normal”. This sort of every other pass issue was observed throughout the process, but only along this side of the part. The other side appeared to consistently follow the same path. After the code completed, the part showed signs of “steps” along this problem side, but the other side was relatively smooth. See below. 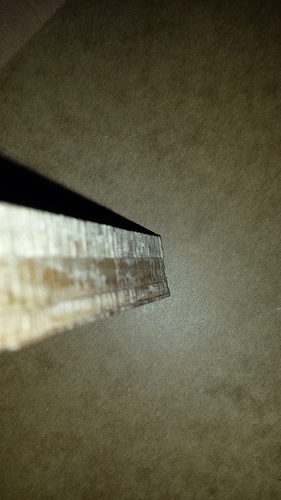 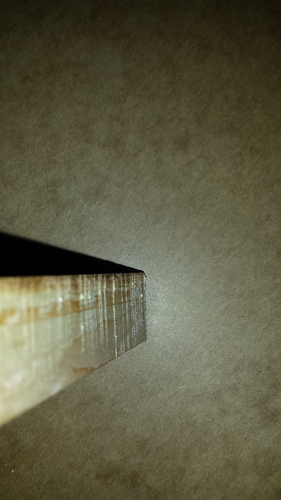 Additionally, the 45° cut was not smooth/straight, but somewhat jagged. See below. 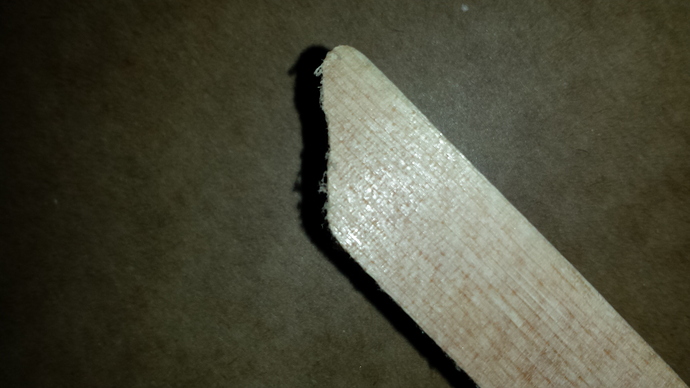 The hole in the part was not centered, as it should be per the model. 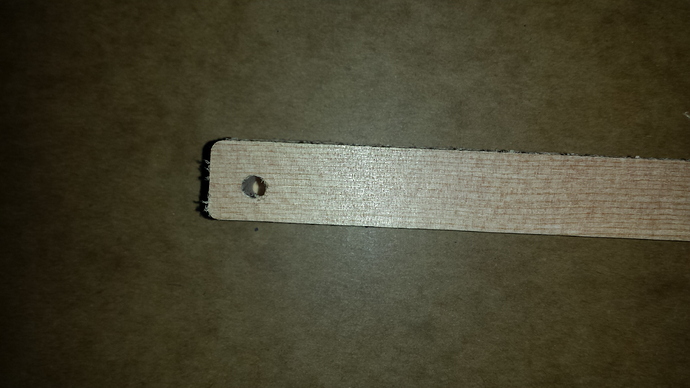 One of the shops founders was onsite, and wasn’t quite sure what to make of it. One of the other members had cut some lettering out of ~0.75" thick oak the day prior with smooth edges. His only suggestion was try to reverting to using Easel to cut the part. Seemed silly to have to revert to Easel as opposed to a much more sophisticated CAM package, but I figured it would be worth a try.

In Easel, I drew a 1.0" diameter circle, and cut it out of the same material I had been working with. The circle came out with relatively smooth edges, however, it was not round. The piece that came out of the board measured ~0.781" by 0.875" 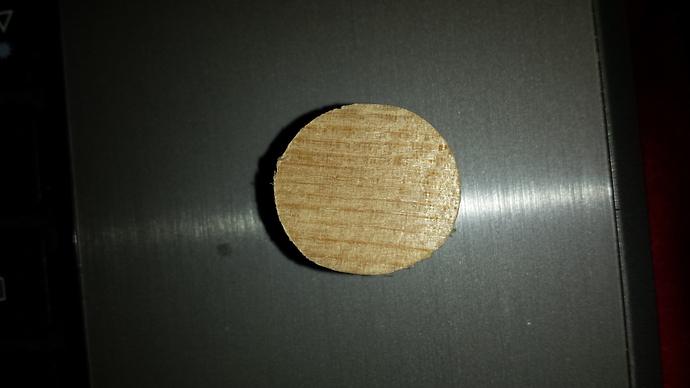 I wasn’t sure which forum this is best suited for, as I’m not sure if it’s an X-carve issue, a Fusion 360 issue, or an Easel issue? Given the test cut of the 1" diameter circle yielded an abnormal result, I figured I’d start here.

Any help would be greatly appreciated!

Hi. It looks like their machine needs to be set up properly. The most common cause of circles not being round is losing steps.

yes listen to the these guys.
I have had mine for a while and you know that I have had to redo the setup several times to get it right.
It was cause I messed it up.