Right now I have limited space indoors, and no workshop or garage where I can make a lot of noise or mess. When I need to use my small table saw I haul it outside, which is a pain but possible. Part of my motivation in buying an X-Carve is to replace a bunch of power tools I currently use or hoped to acquire.

The X-carve is an inch or two smaller than my table saw in each dimension, so size should no issue. Two questions I hope to answer so I can figure out where in my house this thing will live:

I think you may want to design a tilting work bench on casters to hold your machine. You will have to move the frame with waste board the power supply and the computer that runs the whole thing. Not easy to carry and not easy to take apart for moving.
Make the base of your bench narrow enough to fit through the narrowest door in your house. If need be make a ramp so you can get it out side the house. CNC routers make a lot of chips fast and are messy.

If you plan on running it inside the house think about an enclosure to contain the mess and a vacuum system to help control the mess.

I used to haul around my SO2 quite a bit. Straightforward w/ a bit of care:

It’s sturdy enough no huhu if one is careful.

I think it is possible to move it around. Like Will we move them around to events at MakerFaire, schools, maker spaces, etc.

That being said if I was going to be doing it in and out of the house I would probably secure it to a table on wheels or something. Each time you move it you risk pulling out a wire, banging it, moving the gantry and sending electricity backwards through the motors to the shield, and jostling the gshield on the Arduino.

If it was all mounted securely on a tray with handles or a tables on wheels you would minimize the disturbance to the machine each time you moved it. Also in this kind of mobile set up I’d suggest soldering the connections where possible. This will also minimize the connections getting loose or even pulling out as you move it around.

So, does this mean that we should put diodes in to not back-drive the grbl?

I don’t think it is necessary if you aren’t constantly moving the machine by hand but AFAIK it can’t hurt.

Before you make any changes I think @BartDring would have a better answer.

Wow thanks for the quick feedback everyone! I think I’ll try to reserve a spot for it in my office, and make a cover for the sound and dust. Now I just need to make sure I understand the upgrade path to eventually have a work area that will accommodate 2’ x 4’ wood panels.

Is the waste board the same as the working surface? I’ve viewed the introductory material enough to know I need this tool, but haven’t done the deep dive yet. Realistically that won’t happen until I have it assembled in front of me.

When you all are tilting them, does that include the entire X-Carve, so the depth of it folded is only a little more than the height of the tool? If put in that amount of effort to build something I might as well design it to accommodate a larger work surface for when I have the space to store it. Is it basically the “bench” that holds the tool at a good working height that folds up for compactness?

Yes the waste board is the MDF working surface. 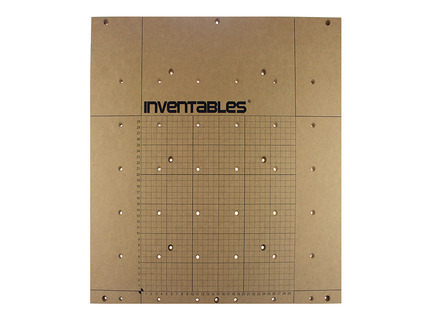 So, does this mean that we should put diodes in to not back-drive the grbl?

I have put TVS diodes across the main DC from going above a safe value on other projects. I have never done anything on the motor side of the drivers. I am not sure that is possible and you would definitely need to get that approved by the driver manufacturer. It is not as simple as a flyback diode.

Doesn’t microstepping involve being able to run coils at the opposite polarity for some of the intermediate steps? If so a diode would prevent the use of microstepping wouldn’t it?

The coils will always switch voltages, even at full step. So a standard diode will not work on the motor side of the driver. Microsteppping is done by having some coils have full current and some having partial current.

There are many kinds of diodes, like bidirectional TVS diodes, but I have not seen any used for this type of thing.

I guess my point was if whatever crazy diode let current go both ways it similarly would offer no protection of current flowing backward into the controller board, hence making it worthless to attempt to diode protect motor control lines in the first place.

Some diodes have a set breakdown voltage. They block voltages below a certain threshold. The diode is not placed in normal path of current. It connects the path to ground (or whatever). The diode normally blocks that connection until the voltage goes over a threshold. It then “shorts” it to something to prevent the damage.

There is something like this in the Arduino on the I/O pins. This clamps voltages outside a set range.

I am not suggesting this will work for the motor driver. I am just clarifying the placement of the diode.

Appreciate all the input! Eventually I decided to dedicate a space for the large model from the start. I’ll have enough to learn that sticking with a standard version seems like the best choice.