well i can open it and look it over but the file is too large for my old pc locks up during conversion. sorry
many parts look to be the same you could use just one and duplicate the part in easel to make as many as you need.

Thanks i will have to try that great idea

Thanks i will have to try that great idea

you can always do what you want but I will point out that all the parts are not the “same” as the cylinder raises the cylinder gets slightly larger. If you look in the file although the parts look similar if you measure they are slightly bigger in each group. I believe that is why they are grouped like they are “so you can keep track of which one is which” and then you assemble them from smallest on the bottom to largest on the top.

Yes they are different sizes but the washers and a few others are the same size I’m thinking if I can just separate them by groups and cut them all separately that would work,just need to find the best way to save each one separate

right click save file as- then save somewhere and then import to easel. it worked for me now.
I also saved some of the pieces as groups so it should be fairly easy now.

I’m out of town now but when I get back I will try it,I thank you for spending your time on this helping me I really appreciate it sir

First time I have posted so I hope I am not out of order. I have spent 2days trying to import Brian Law’s clock test into easel and I have failed! The file is dxf but won’t open in Inkscape, I can open it in fusion 360 and it looks good. I have been able to clean it up there and export a dxf to open in Inkscape and this file will open, but there are bits of the all over the place. I tried a script to join polygons which seemed to work but when I exported the dxf and opened in Inkscape there were still displaced bits. Am tearing my hair out and there is not much left! Any help would be very gratefully received. http://www.woodenclocks.co.uk/page73.html

Wow, it came into easel perfectly. Thank you so much Kenneth. My next question is of course how did you do it? This was a trial but I am hoping to purchase one of the clock plans and convert to svg, so I would be really interested to know how it is done.

Thank you for taking an interest in learning. I really am glad to see that.
All I did was open the DXF file in libre-cad (open source program) and then export as maker-cam SVG to local drive, then open with Inkscape (open source program) and select the unwanted lines as nodes and delete. then selected shapes (they were grouped) and ungroup so that I could edit them individually. I then selected each shape with the node edit tool and selected all node and then connected all nodes that were touching. done. 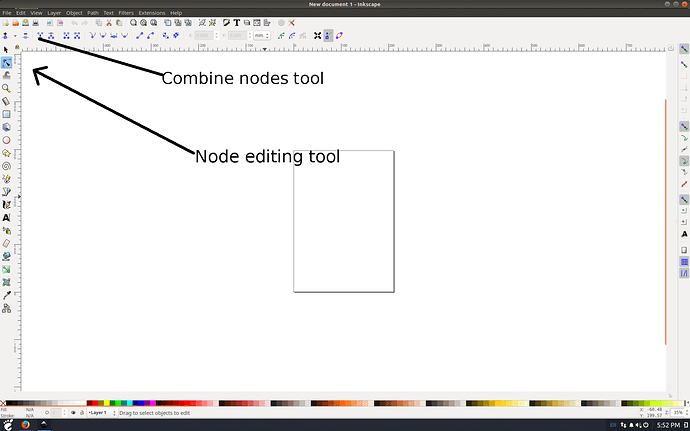 Thank you for the information and for taking the time to show me how it is done. I was able to create the svg, bring it into easel and cut the parts in a short time. I am looking forward to starting work on the clock shortly. Once again thanks.