Problem with consistent depth of cut

New X-Carve user here. Hoping for a little help with an issue I am having. 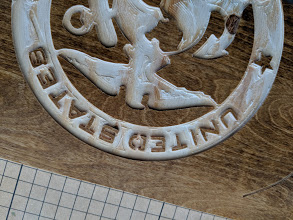 I am trying to cut a piece using the rough/detail pass feature on Easel.

When completing the rough pass I have a lot of inconsistencies of the level of the cut. In some of the more open areas there are tiered levels and it is nowhere near smooth. I am using a 1/8 single upcut bit for the rough and the 1/16 upcut for the detail pass.

I went ahead and ran the detail pass to see if it would clean it up but with no luck.

The machine is zeroed right and x,y & z are all looking good as well.

Any help would be greatly appreciated.

Aside from the V wheels, check your Z screw for vertical play.

I checked the v wheels but not the screw. I will give it a look when I get home from work. Thanks for the tip.

So I went back to the machine after work, checked the screw as well as the wheels and everything looked to be good. I tried to rerun the carve with a deeper setting and a single pass with the 1/16 Upcut bit to see if it would clean it up. This was the result. 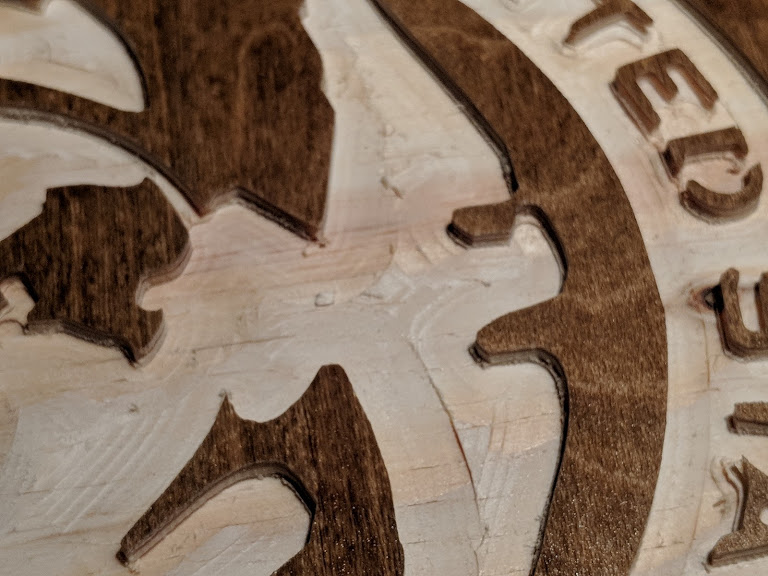 I then decided to scrap the piece and start over. I went with the 1/16 upcut again changed to the Rastar setting instead of the offset. I did not do the rough/detail cuts but rather went with a single pass. This was due to the fact that the issue seemed to be solely in the middle areas of the cut and using the rough/detail setting. This was the final result of the second attempt. 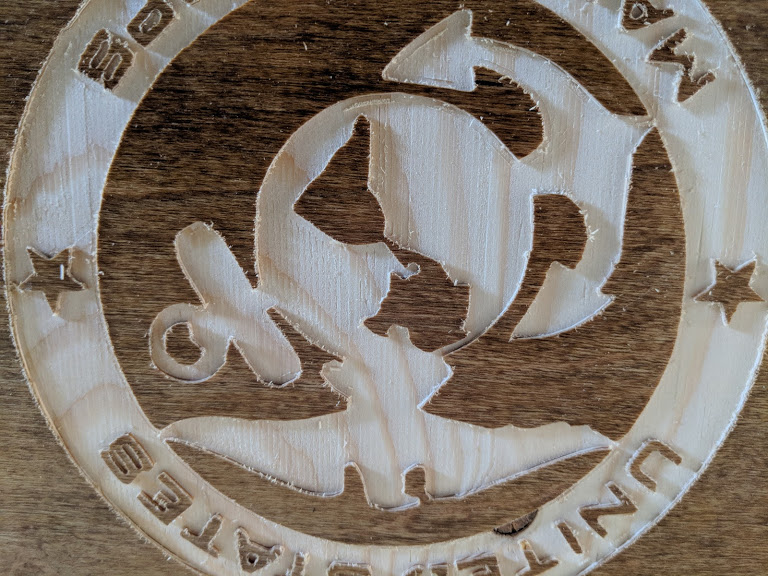 The entire area was smooth and clean. The lumber used was from the same stock of maple plywood as the first so i am not sure what the issue was. Glad to have resolved the issue but I am still curious as to why it happened. Any thoughts?

Either you posted the wrong photo or you did not look closely because those pockets do not look smooth.
I still think you have something loose.

The first image was of the first piece I ripped.

The second image was of the new one. I did change the bit on the second to a 1/8 straight.

I know that there are small lines in the second image but it was a huge improvement from the first attempt.

Here is a project I ran last night 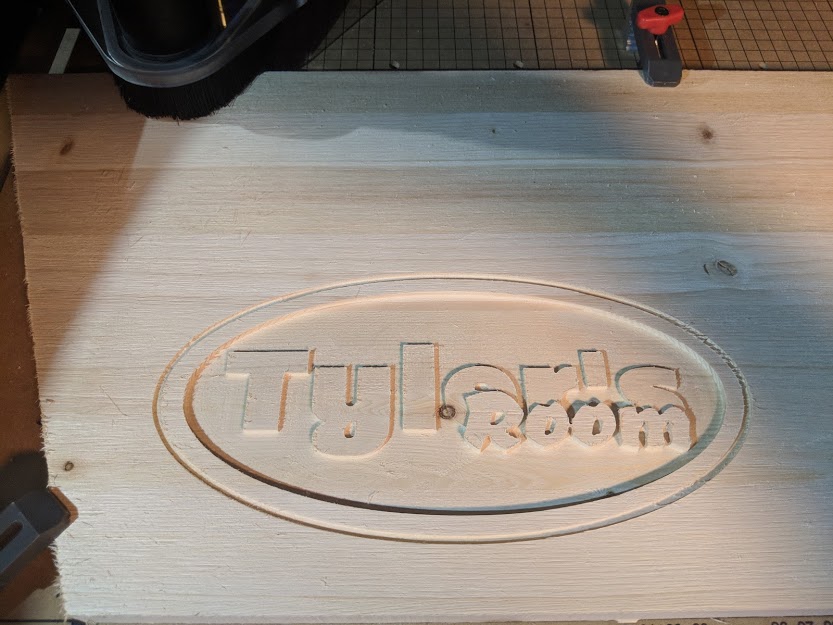 Those lines did not turn up on this piece.

I am new to CNC and am more than open to any suggestions you may have. Again I did check my machine a couple of times and everything seems to be snug and with no play to it.

Any suggestions are welcome and appreciated.

I had this same problem until I put a secondary wasteboard on top of the xcarve wasteboard and levelled it. I just took a piece of 3/4" MDF and used a large bit with a flat bottom and cut a very shallow square in Easel which covered the entire piece of 3/4" MDF, cutting down maybe 1/8". Then the new bed is level to the X/Y axis. For my own, I also cut holes for screws so that I could screw the whole piece down to the bed and the holes would line up to the clamp locations that already exist.

If your work pieces are not totally flat on the bottom (they may look it but not really be flat!) then they may flex a small amount when cutting which can also cause a problem. You can fix that by running the pieces through a thickness planer first, or use the same method I mentioned above for the 3/4" MDF, but your be putting the piece on top of that new secondary wasteboard upside-down. Make sense?

Thank you all for the responses and messages. I was finally able to spend some time and look the machine over a bit more. What I found was that my router was actually leaning 1/16" to the left in the mount. I must have either missed it during initial set up or not tightened the bolts enough and they worked lose. Either way I took it apart and squared the router again and the machine is running much better.