I’ve had my X-Carve for a couple of years now and have been very successful cutting wood and plastic and completed some good projects. What I really struggle with though is cutting aluminium or copper. Today I have been trying to cut 1.2mm copper sheet but not very successfully.
I don’t think it’s the feed and speed that’s the problem it’s more to do with the plunge into the metal. A flat end mill is great a cutting when it’s moving in the XY plane but pretty rubbish in the Z plane. Consequently when the cutter plunges it doesn’t really cut into the metal very well but pushes against the z-axis and takes advantage of the flex - i.e. the cutter doesn’t go down but rather the motor and mount go up. We’re only talking about 0.05mm passes here so it’s not much but basically the cutter won’t cut in the z-axis.
Am I using the wrong type of cutter?
I’m mainly using end mill 2 flute cutters which are either 2mm or 3mm (depending on what I have in stock that either haven’t broken or burned out).
Everyone else out there seems to be able to cut aluminium and copper except me so I’ve got to be doing something fundamentally wrong here.

What do you use to create your designs/ toolpaths?
You’ll want to ramp into cuts.

I use Fusion360 CAM and ramp into the cuts but it doesn’t cut. A 1.2mm profile cut will probably only remove about 0.6mm metal.

Tried cutting 1.2mm copper today with limited success. Ended up using a single flute end mill.
I think it’s time to stop kidding myself that an x-carve is a milling machine - it’s not. It’s the wrong tool for the job and nowhere near rigid enough to do anything much very serious with metal. It’s a cnc router ideally suited to light weight materials such as plastics, wood and mdf. Metal puts too many stresses on it which it’s not capable of dealing with. Give it what it’s good at and it’s great.
I’m off to buy a proper milling machine for metal. The x-carve will remain the preferred tool for other materials.

Can you share your Fusion file?
Which X-carve do you have?

It’s an X-Carve 1000 with extra stiffening in the XY axis. It’s got a new VFD drive and an air-cooled 0-24000 rpm spindle.
Controlled by an X-Controller.

Do you want the gcode or the the Fusion 360 project?

You shouldn’t have that much trouble with aluminum. The Fusion file, so I can look at your CAM operations.

I’d cut faster…the soft metals get gummy and make it hard to get rid of the chips.
How are you holding the copper down?

I ran across this the other day, meant to post it, but forgot… here seems as good a place as any 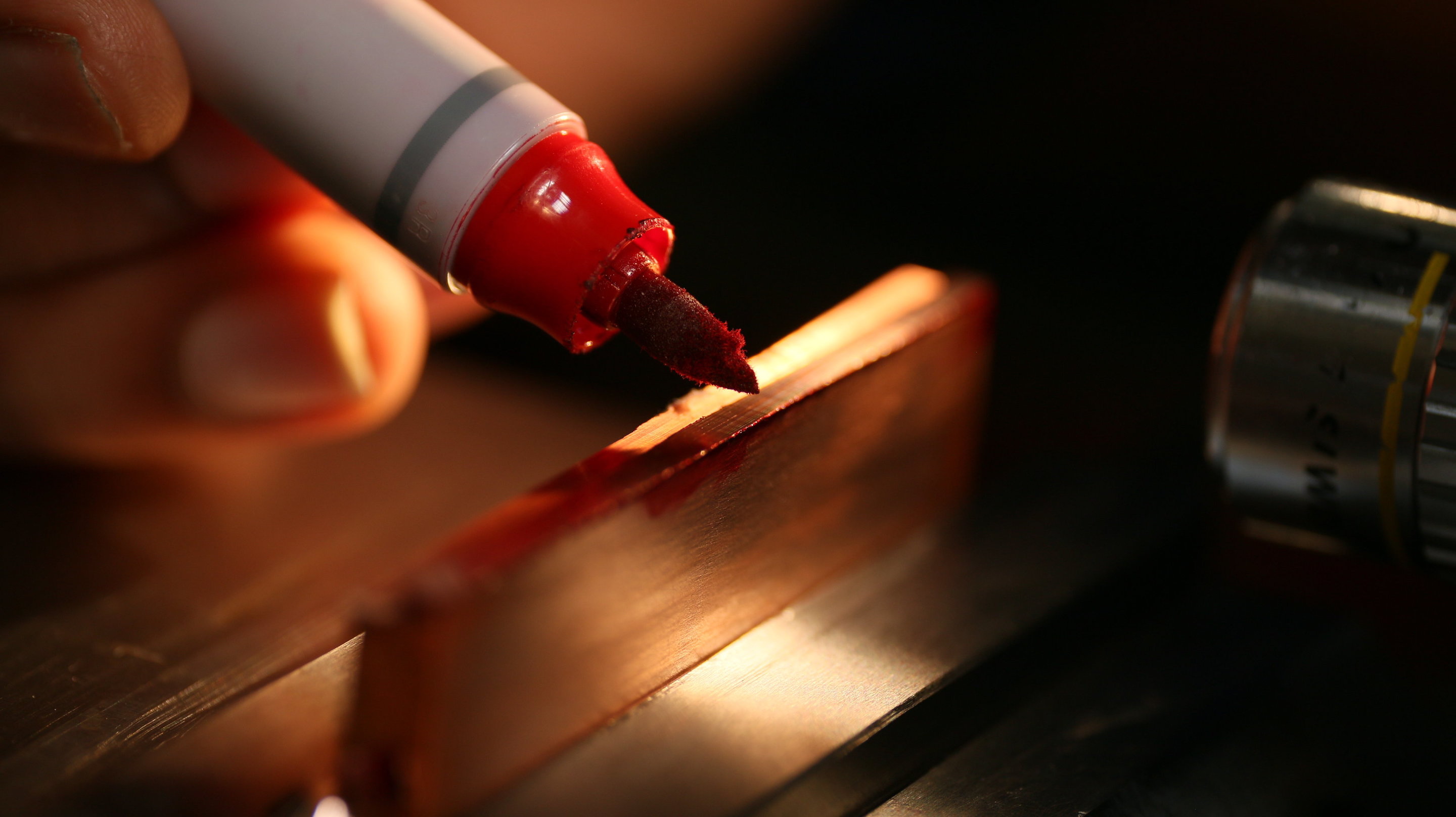 Metal too 'gummy' to cut? Draw on it with a Sharpie or glue stick, science says

Your everyday permanent markers, glue sticks and packing tape may offer a surprisingly low-tech solution to a long-standing nuisance in the manufacturing industry: Making soft and ductile, or so-called "gummy" metals easier to cut.

I’ve tried faster. I found the limit by increasing the speed until the bit broke

Cutting thin sheet is difficult as it is prone to lift.

You dont mention bit specifics, feed rates or anything so all we hear “a broken car” but no real clue to why it “crashed”.

Use super glue and tape to hold it down. The material is too thin to clamp.
You’re heating it up. Slow down your speed, and increase your speed.

I’m able to clamp it own very close to the cutting area to avoid the sheet lifting.

That is insufficient, been there… You either want a vacuum table, a hold-down device attached to the router or something that will hold the entire surface down like the masking tape/CA glue method Neil mention.
With a depth per cut = 0.1mm per pass you want to go faster (feed rate) at least with a 1/8" bit.

With DoC=0.1mm I would test 1400mm/min and let it rip, but at a minimum use maskin tape / CA to secure the entire test piece. Any! lift will degrade cut = increase thickness per tooth => cause problems.

With increase in machine rigidity you can go deeper per pass.

Do you mean slow down the spindle speed and increase the feed speed?

Yes. I can’t give you exact numbers, sorry. Are you using a router or a spindle?

Yeah, I’d half the spindle speed and double your cutting feedrate.