Long time Illustrator user, having issues with SVGs imported into Easel that I wasn’t having a few months ago. Here are the issues I’m having:

Here’s a link to the easel file if any Inventable folk want to have a gander. I can provide the original illustrator file too if you’d like to see it.

SVGs working properly is a huge thing for my workflow and I hope we can figure out what the problem is - whether it’s on my side or Easel’s.

Easel is a pretty good thing when it is working. That being said, I have had some bad things happen to. I think it has a lot to do with being a web app. I just purchased Vcarve pro and now I’m trying to get that going. Good luck and enjoy cutting!

Hi Pete. I’m having the same problem with Easel - see this post for a workaround, but not for greyscale images:

I've been having the same problems but only recently, so not sure if something has changed? I've tried the MakerCAM workaround and yes it does work, but I'm using greyscale fill to tell Easel how deep to carve and that doesn't make the transition... So I still have a problem.

(I have 130 areas in this SVG, all with different depths!) EDIT: Also same problems in Chrome and Firefox. Any help much appreciated as I'm actually stuck on a particular project because of this!

I’m holding off Vcarve for the moment in the hope that Easel can be fixed. It’s such a good tool but the unexpected errors and bugs are quite frustrating. Probably the limitations of a webapp.

I’m having this same issue (LONG time Illustrator user). This one is a simple name. I converted the text to outlines, expanded it (stroke and fill), then combined it all with the pathfinder tool. 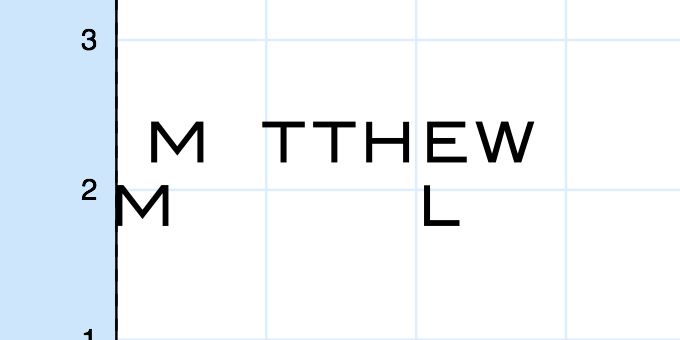 It almost got the first name in order right, but the rest of the last name characters are all over the place (not in my screenshot).

Tried ungrouping everything and reserving the SVG (SVG1.1) in Illustrator, but same issue?

EDIT: Weird. My SVG was 3.5x3.5 inches and Easel workspace is 6x6 inches. I just resized my SVG workspace to 3.5x2 inches and it imported correctly… hmmm o well. as long as it works I reckon…

This is a serious issue with Easel that I hope will get addressed. My current workaround is to open the .svg in makercam and resave. It then opens correctly. The file I was working on last night was having that problem.

Also, I have found that if you upload your .svg to a forum post and then right click/save it does the same thing. I’m thinking about making a dead forum post somewhere just to test that.