Is there a decent program which can essentially trace a shape? A friend of mine wants to gift a replica sign to someone. I have no idea how to create the lettering?? 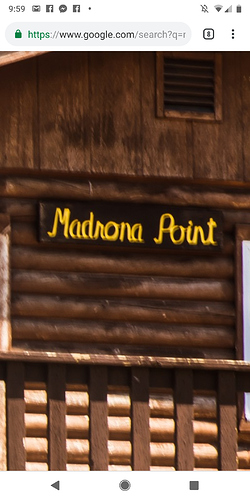 What exactly are we looking at here??

If you click on it, there’s a sign that says “Madrona Point”… I think that’s the part he wants to replicate.

If that’s all it is, I tried using What The Font, but it didn’t find an exact match. I don’t know what it is. But other than identifying the font to get an exact match, could you not just make a rectangle sign and find a similarly styled font to carve the letters in, and finish it in the same colour scheme?

I tried to use an on-line convert tool to convert the JPG image to SVG but the quality of the image posted is not good enough. I think it would be worth a try with a better image if it is available.

If you don’t know what font is used then I would simply copy the picture into a program like Affinity Photo and straighten the image and remove the background. The yellow Madrona Point would remain and then simply copy and save the vector image that remains and convert it to whatever you need.

Thanks everyone. Yes, they would like to have the Madrona Point duplicated. Unfortunately, the house and sign are long gone and they could only refer me to this picture from Google. (It was a special vacation spot when they were young)

I’ll look at the Affinity program that was mentioned to see if I can get it figured out.

@BenjaminGrisinger I used your image and used Easel’s image trace and was able to get something close with minimal cleanup. Further cleanup by double clicking on the lines and moving them around could result in a much closer result.

Thanks everyone. Yes, they would like to have the Madrona Point duplicated. Unfortunately, the house and sign are long gone and they could only refer me to this picture from Google. (It was a special vacation spot when they were young)

I was made aware of an app called AI Gigapixel that takes a low-quality image and increase the quality and details. After processing, your picture could probably be vectorized and improve the results of the Madrona Point text.
https://topazlabs.com/ai-gigapixel/

Have you tried the AI Gigapixel?
It looks quite interesting.

No but someone else did on another forum and said they were satisfied with the results. This software uses AI machine learning to know what to do while there are others that use fractals to enhance the pictures. These types of software were originally designed for satellite imagery, to improve the performance of telescopes and many defense/military application and were not available to the general public but I’m told others also exists but I have not researched them.

I use Vectric Vcarve Desktop and most of the time when i use the image trace tool I don’t like the results.
I’m wondering if this software will be the answer.

You would still need to trace but there are online services to convert a bitmap image (e.g.: JPG) to a vector that can be imported in VCarve and they work better if the image is of better quality but you may still have to make corrections after you import it in VCarve. I think all this is trial and error.

Look at “Inkscape” and “paint.net”. Both opensource(free) programs and “inkscape” will auto-trace as well as let you create curves and fit them to the image.

Benjamin,
If you haven’t done the sign for your parents yet then give this a try
Thanks
Russell 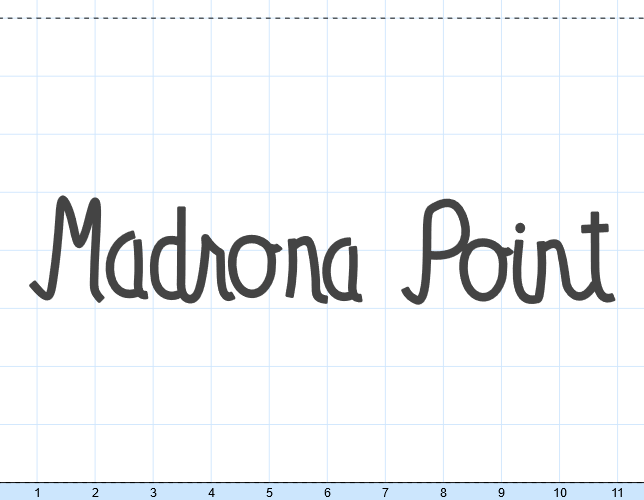 Russell, thanks so much. I hadn’t carved this sign out and this file is much better than what I was able to do. I sincerely appreciate it.