i wanna see everyone’s 4th of july projects. i’ll post some of mine 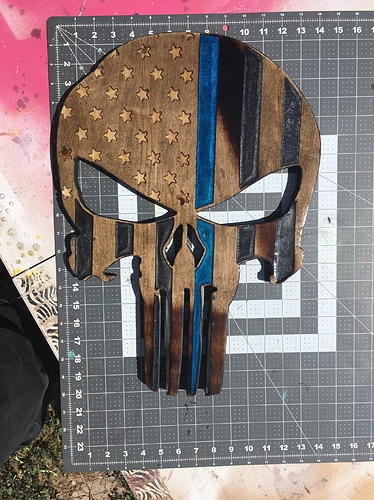 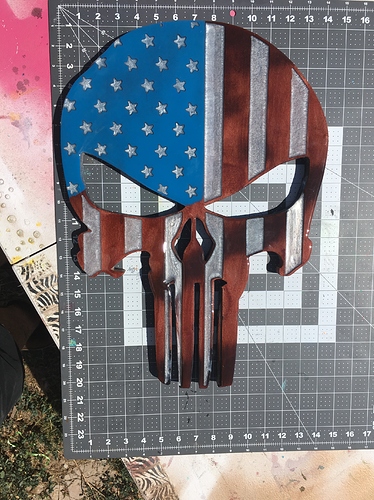 Previously made but in the spirit of the 4th of July here are pics of a 3’, 5’, 7’ flags I have made this past year. I used the X carve on two of them for the unions. Nice work on the punisher skulls I haven’t made any of those as of yet. 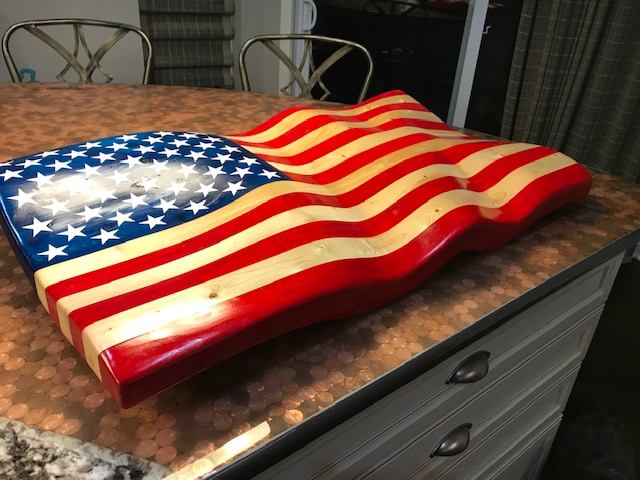 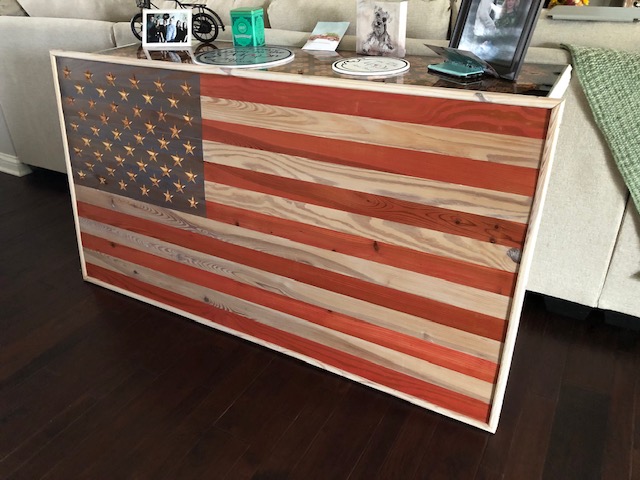 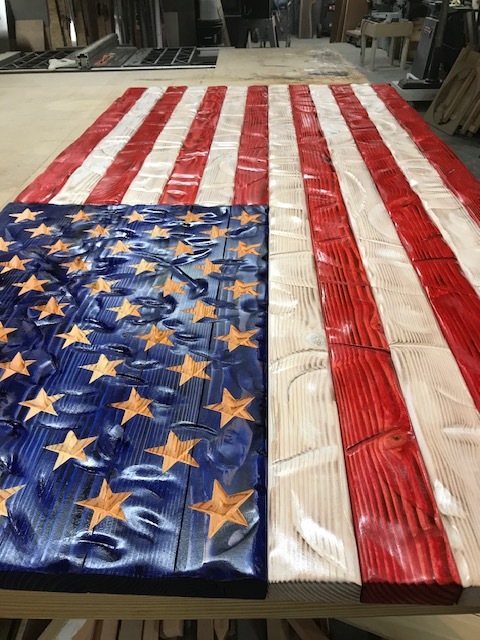 ServandoTorres
I don’t mean to rain on your parade, but either the star field is on the wrong side, or your stripes are running in the wrong direction.
Nice job though.

Edit.
Never mind.
I just looked at it again.
Yours is hanging vertically so it is correct.

Still on my first cup of coffee.

Thanks for sharing the pictures of the flags very nice ! If I may ask what program do you use to do the wavy
flag ?

what program do you use to do the wavy

Although that could be done in Fusion 360, I’m guessing that version was not CNC. @SteveMoloney will have to confirm.

If I may ask what program do you use to do the wavy flag ?

IIRC Steve made his by hand and a axle grinder with sanding disk.

You can do it with Fusion360, fairly straight-forward

Here is a video I made of the process:

No CNC on the wavy, I used the below on it and to distress the big one 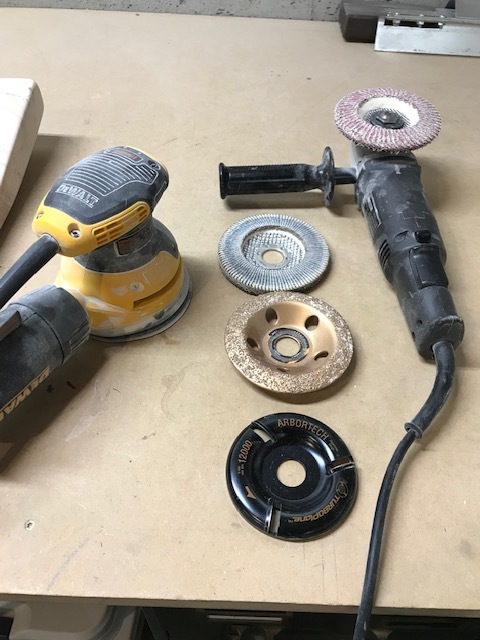 It would be cool to see a video of you doing this!

Someday maybe I haven’t had the time to video and "Learn’ how to edit the video I really don’t even know were to begin with it. This winter is dedicated to Inkscape and V carve Pro.