Question about letters not importing correctly

Hey all,
I’m about two week and about a dozen builds in to my new X-Carve. Really enjoying it thus far. Yesterday I made a sign from an imported image (PNG) of some text pulled from Word. The thing that I notice was when imported some of the rounded edges took on straight lines. Take a look at the two Rs, on has a flat top and both are flat on the farthest left points. I should add, there were two clipart elements that were flawless. What can I do to avoid this in the future?

Great community here, looking forward to sharing when I get my skills developed.
I 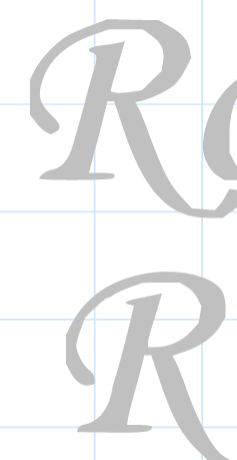 Great community here, looking forward to sharing when I get my skills developed.
Jason

I have good luck exporting it as a black and white JPEG then converting it to a svg http://image.online-convert.com/convert-to-svg
Then bring it into easel as a svg

Also it may help to import the words and clip art separate or one word at a time.

Converting to a SVG and importing did the trick! Thank you for the answer.

He imported his lettering from word he wasn’t using the fonts that are built into easel. Will that exploder still work for that?