Question about repeatability of missed steps

Recently my x belt broke. I got a new one and installed it a few days ago. My first carve then was a test run of an about 8 minute carve. That went fine so I did a second carve of the same pattern. That carve did fine also so I did a 3rd carve, again, same pattern. About 90% through that 3rd carve it missed steps. (I was watching it when it happened and it was a rather odd jump-around of the x carriage for a moment there…enough for me to realize something bad happened.)

When the that carve completed, and the router returned to it start position, the bit was about 3/4" to the left from where it should be. I am not sure if the y direction was off as I didn’t think to look at the time - I just started moving things around to remove the material.

Upon inspection I noticed that 2 of the stationary v-wheels on top of the x carriage could spin freely (they were cross corner from each other). I gave the corresponding adjustable v-wheels a very slight adjustment and now the stationary ones won’t spin easily. I reloaded some scrap MDF, loaded the same carve pattern, and run it 3 times back-to-back with no missed steps.

Now, to my question which may have no comforting answer but I’ll try…I did 2 carves and those went well, on the 3rd one I missed steps. What is the repeatability of those missed steps on subsequent carves? Had I not made any adjustments to the wheels what are the chances of a 4th, 5th, 6th, etc carves also missing steps? Ignoring the fact that new problems can happen at any time, how confident can I feel that my adjustments fixed the problem?

Of course I could run 10, 20, or even 100 tests and the higher the number with no failure the better I would feel. But, given my sample of 3 successes…??? For those of you with with many carves, and preferably, many instances of missed steps, what are your thoughts?

How loose were your wheels,you shouldn’t be losing that many steps (3/4") from loose wheels. What are you cutting, feeds and speeds.

Loose wheels will allow the belts to flex. Depending on how loose the wheels are your belt can slip across the pulley teeth. Missed steps.

What are you cutting, feeds and speeds. 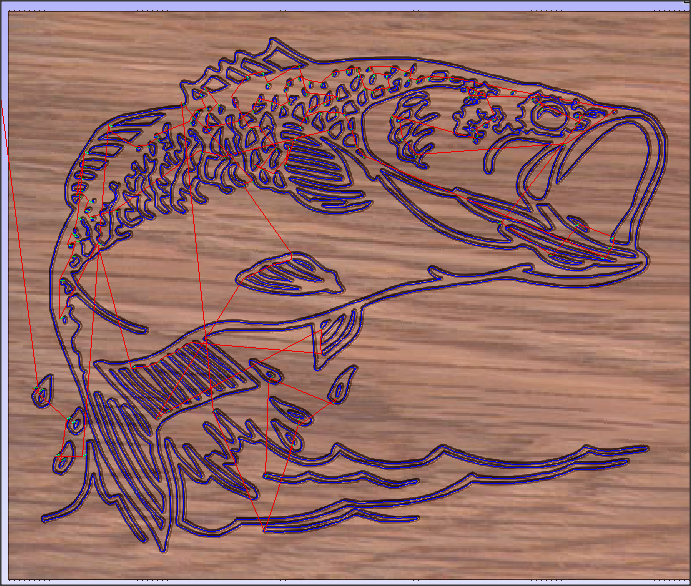 How loose were your wheels

Almost like they were not touching the rail (the non-adjustable ones on the top). With my finger on it I could roll it back and forth and feel no resistance. What I found strange, however, it was difficult to get the corresponding adjustable wheels to turn. I was able to pinch them with 2 fingers and get them to turn (which, my understanding, is what you want to set them to) but not without effort. It wasn’t any easier or harder to turn those 2 adjustable wheels than it was the other 2. Before I installed the new belt, the carriage rolled quite freely on the rail.

What belt did you replace,if it was the y axis did you check that both were the same tension? Speeds and feeds are fine.

What belt did you replace

My x-carve is rather new - got it back in May. It prob has no more than 8, possibly 10, hours of carve time on it. Early on I tensioned the belts and was going to again soon as, it is my understanding, they will stretch. In the middle of a lengthy carve today the x belt broke right at the x motor's wheel. (Is that typically where a break occurs?) The belt itself shows no signs of wear or stress. I don't remember what I tensioned it to but wouldn't have done more than I read here in the f…

If you assembled the carriage off the machine chances are your upper V wheels are all misaligned. With it on the machine still loosen up all four upper V Wheels. Just slightly so it settles. Then start to tighten them up slowly and equally. They should all seat themselves evenly. Do that with the lower V Wheels slightly tight. Then come back and adjust the lower V Wheels properly. There are slight slop in the top holes that if you assembled it in midair chances are none of them are aligned.

That makes total sense. I will do that. Thanks!

I appreciate the input on the wheels but, to my original question about the repeatability of missed steps…if it happens during a carve what are the chances of it happening again on subsequent carves? 50/50? very good chance? just never know?

The reason I ask is because after I make a correction and the following carves are good, how confident can I be that I resolved the issue? I realize there are many variables to the equation and there is no solid answer, just looking for gut feels.