Workflow Issue
In every single carve I have done with X-Carve + Easel, after probing the Z-Axis, I end up having to raise the axis to near its home position in order to attatch the dust shoe.

Also, in the Easel/X-Carve workflow, when you change bits between roughing and detail passes you also need to raise the Z-Axis near to its home position in order to remove the dust shoe in order to change the bit before running the probing workflow.

Why It’s an Problem
Manually raising the Z-Axis to near it’s homed zero always runs the risk of over jogging and running the motors and carriage into the hard stop. The Z-Axis is short, and if you don’t realize you are 1in. instead of 0.1in for example, running the Z-Axis past the home point is too easy. Not only that, but the extra attention it requires for every carve to incrementally click away raising the Z-Axis height safely in order to attach/remove the dust shoe (especially knowing that Easel has the information it needs to jog dirrectly there) can become very tedious.

Further, the monochromatic axis jogging arrows often leads to clicking on the Y-Axis arrows instead of the Z-Axis and vice versa. They are visually identical and when leaning back and forth between workpiece and the computer screen, it’s all to easy to instinctually click on the arrows without realizing you are looking at the wrong axis. 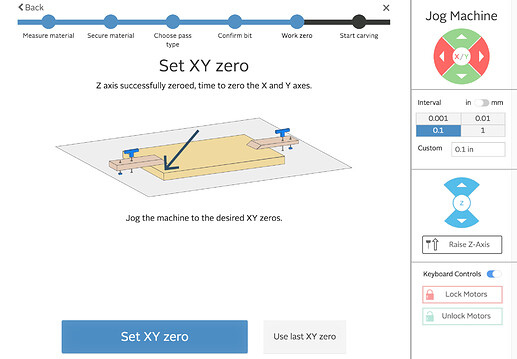 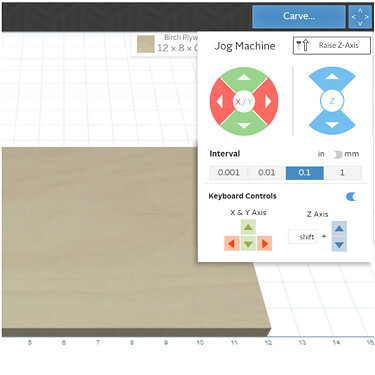 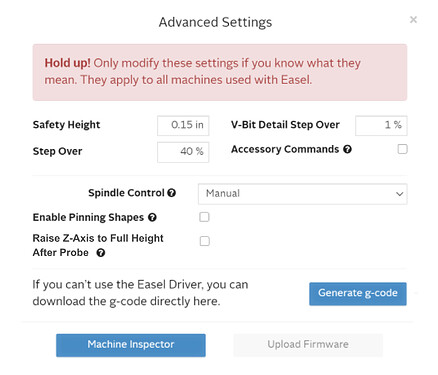