The subject pretty much says it all. After hours of carving, on the last layer, the Xcarve lost it’s mind and position (?) and dug into the job on the X and Y axis.

Attached is a photo.

Basically everything was great, and then suddenly at the end of this roughing pass it wasn’t.It cut into the h and o in shop. I don’t know where to begin to troubleshoot.

I did notice that on this last pass, the bit was noisier in the corner of the letters, like it was biting more, but other than that, everything seemed fine. Perfect cuts, then it was like the xCarve didn’t know where it was.

I’m so new at this, and this was to be my first successful job. I was super excited, and thrilled at how cool it was… I learned a LOT to get to this point, then … WHAM.

Can anyone give me an idea of what to troubleshoot? I have no idea and I’m losing so much confidence with every new failure. I love the xCarve but it seems like everything is fighting against me. :-/ 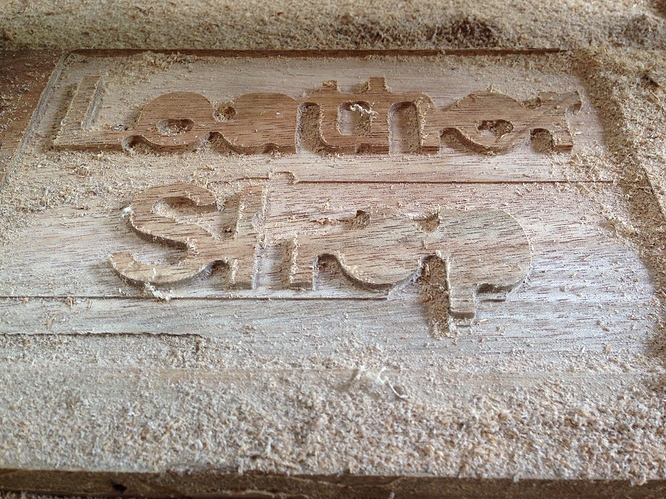 Just a question. Is there a specific reason you are using GRBL 0.8? Also what version of UGS are you using?

I watched a tutorial that used GRBL as the tool path output format for the XCarve. What would you recommend as the output format?

Are you thinking the problem is there?

GRBL is correct for the XCarve, however Inventables uses their own modified version. The newest version is 0.9j. 0.8 is pretty old so you may be having an issue there. This thread will tell you how to clear the Arduino and flash the Inventables GRBL. There are links in the thread.

As for UGS the current nightly build seems to be the most stable. Older versions seem to do odd things when sending larger files. I believe 2.0 is the current version with 1.09 being the current stable version. 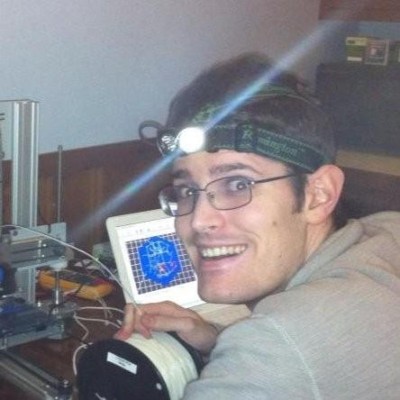 I would suggest starting with UGS and GRBL upgrades and see if that solves your issue. If not you can move on to adjustments and then g-code issues.

Thanks again, Rick! So, 0.8 is the vCarve post processor I’m using (see photo)… Is there a different version I should use, like the vCarve ones I’ve shown in the photo?

Also, The GRBL version on my xCarve is 0.9j. 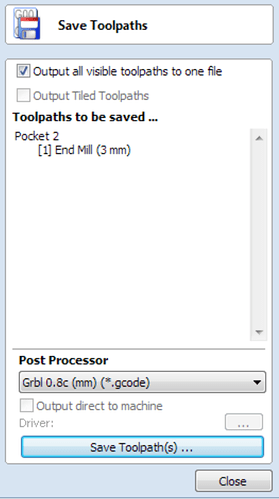 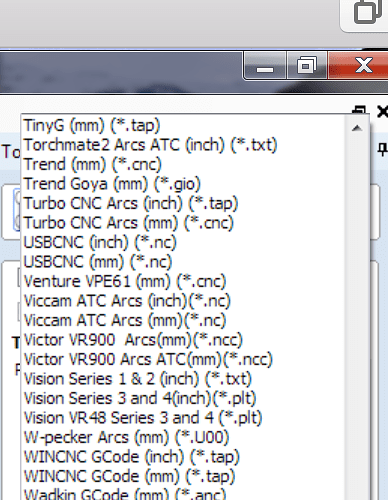 One more possible clue. Right before I had the problem, I was in UGS scrolling back through the GCODE commands, and they kept scrolling so I couldn’t read them. So After monkeying with the scrollbar a few times, I unchecked “Scroll output window” then put my mouse in the Console, and used the trackpad to try to scroll up… Right around that time, things went crazy. Is it possible to affect the current job, like will it execute GCODE I select in the console window or anything crazy like that?

OK. That makes sense. There is a post processor for the xcarve. It looks like you already have it from your screenshots. There is also a generic G Code PP that some have had luck with. I would try the different version of UGS first. Older versions of UGS had memory issues. I don’t use UGS much anymore but it shouldn’t re run code. The program should run through the file. It may be that UGS had some type of failure and lost its position in the file.

Were there chips on your V Wheel track that could have caused your axis to jam? Did you try running the same program a second time without modification and get the same results?

Great question about the chips. I don’t think there were because the clearing pass was making more dust than chips (we are tuning the feeds and speeds with the 24v spindle, and are using a 1/4" bit so we’re taking the passes super shallow right now… I’m not sure it was a jam… I think it overshot a series of cuts, or more specifically it was like it executed different GCODE than what my Vcarve preview showed.

You could even zero it with the Z axis raised an inch and just watch it air cut above your messed up part if you don’t want to ruin more material.

Great idea. My friend Tim calls this a “ghost pass”. I think that term will stick. It’s fun to say, anyhow.

Thanks for the advice!

I think it would be worth updating to the latest GRBL, the latest UGS, and Xcarve post processors for Vcarve. I have everything updated and haven’t have any problems lately. However, I have encountered the following problems during my learning curve:

I have not had wood shavings cause a skip but the last time I cut acrylic a shaving from that on the Y rail caused my carve to go off course.

Of course, check the belt tightness and v-wheel adjustments.

Did you have the Use Keypad to Jog ( or whatever it’s called) checked?

Yes, I might have! I use that often. Do those keys still affect the machine while a job is running?