Re-Do Only a portion of a carve in Easel

Hi All. I’m brand new to the forum and to CNC and all. I’m wondering if there’s a way to hi-light or select only a portion of a carve and redo that section or if I just have to redo the whole thing? What I should have used a 1/16th bit for I used a 1/8 bit for accidentally and didn’t realize until after the carve had begun. In lieu of redoing the whole carve with a 1/16th bit and it making a bunch of ghost paths where it’s already carved, is there a way to have it just go over the paths that need the fine detail cuts? It’s a pretty simple design. Here’s what I meant it to look like and what it actually looks like b/c I chose the wrong bit… 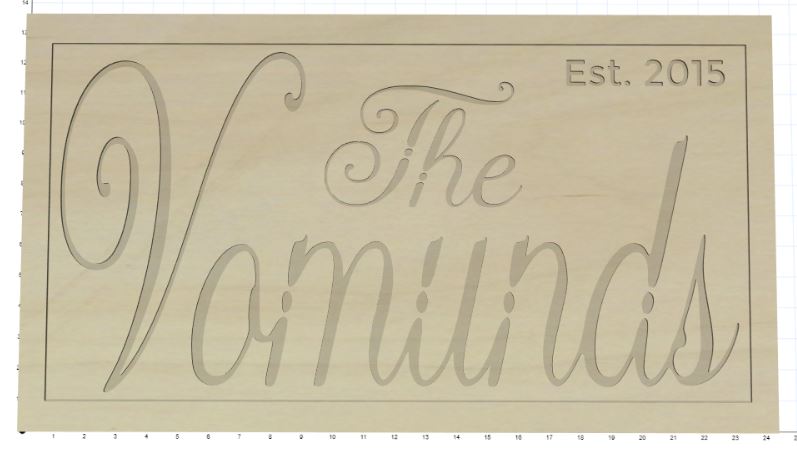 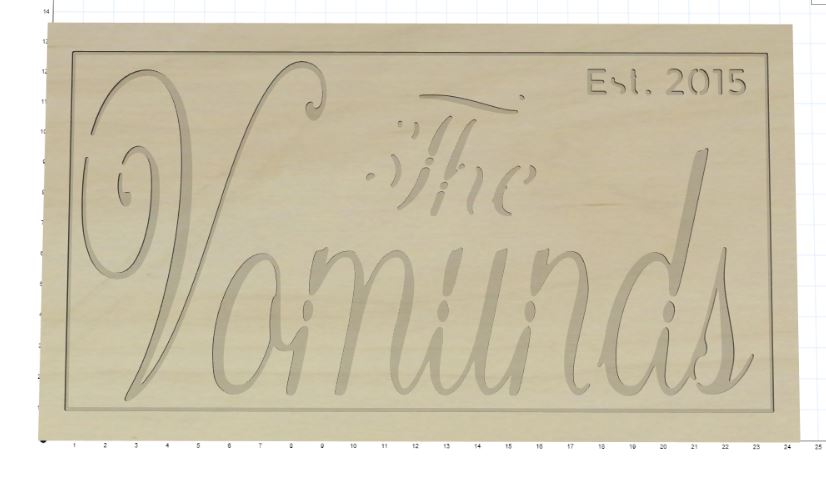 Thank you in advance for any info!

You can not select parts of objects to be carved, Easel support no “partial carve” carve options.
You can cheat / work around by placing large rectangles with 0 depth above portions that are complete.

If you did this with a straight end mill, I would attempt to solve this by blocking out (putting 0 depth rectangles) the parts that are complete en rerun the full project with the smaller bit. Only the visible areas will be carved.
As a final stage I would remove the rectangles and run a “Inside of path” carve with the small bit, this should blend in the transition between large/small bit parts.

Hope this gave you some ideas.

Have the 1/16” as the detail bit and it’ll only do those parts if you just carve the detail path.

Should do exactly what you want.

Have the 1/16” as the detail bit and it’ll only do those parts if you just carve the detail path.

If that is the case then problem solved

I actually did think of the 0 depth rectangles and that’s what I ended up doing. Great minds think alike?

I was interested to see if there was a partial carve fix too but the 0 depth worked. I’m just reading these this morning so it’s post-carve at this point, but I didn’t think to to another “inside of path” run but I’ll keep that in mind. There were just a couple places where I noticed a little notch or something but I had to point them out to my wife so they weren’t THAT noticeable.

Question about the multi-bit carve though, I thought about doing that too but wasn’t exactly sure how it works.

Here’s how it ended up looking… I’m excited b/c my first 3 attempts failed miserably!

Does it automatically stop and go back to home and wait for you to change the bits or do you have to be there and pause the job manually?

You run the Carve and select the Roughing or detail. It does the whole carve and then stops. You then change the bit, rezero it and do another Carve. When you hit “Carve” it asks which pass you want to do. They are 100% independent carving sessions.

Does it already know what detail passes will be needed or will it go through the whole project again and just hit the details lines the bigger bit couldn’t do?

It calculates the tool path for the 1/8” bit then calculates it with the 1/16”. I’m not 100% sure of the algorithm used to determine that. There are a few ways to do that and I vaguely recall the design being “inset” by the detail bit width and the roughing calculated then some sort of a difference is done. The last multi stage carve I did with easel has been awhile but I do recall the detail bit basically going around the entire design outline even if the larger bit could get to it.

Great info. I appreciate it! So one follow up question then, is that what a two stage carve would be then? Makes sense if so.

I meant natively in Easel - as a function.
The workaround you described is the same as I mentioned if we disregard the rectangle/pen part