Gotcha - similar to this? 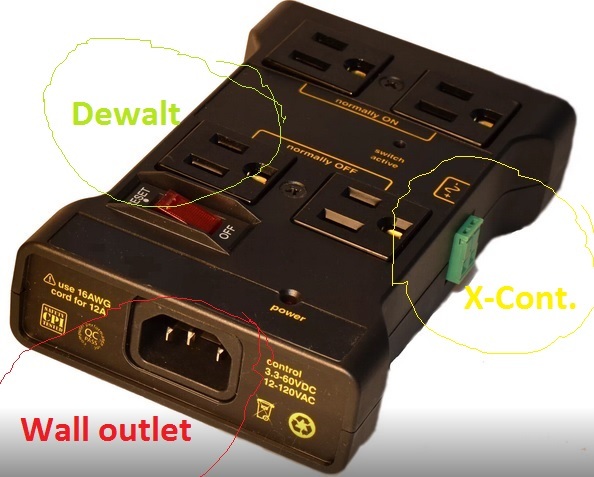 Hey all, I’m attempting to run the same setup y’all have done here, but on the gcode side of things the M3 S12500 command starts up everything, but then after 1 or 2 seconds, the connection is lost and the spindle turns off. 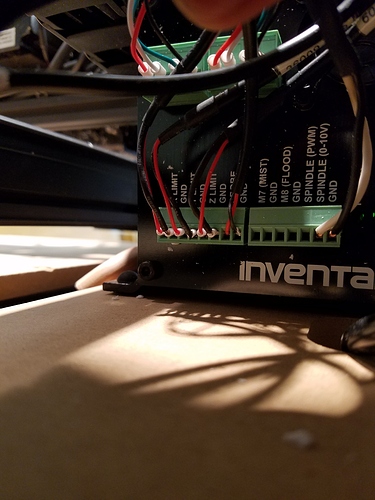 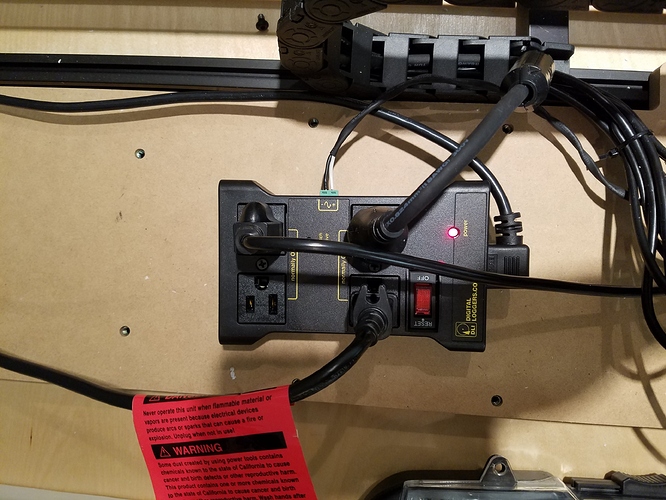 Any help or direction is appreciated!

If I am making an incorrect assumption, please disregard this response, but based on your two photos and the direction that the wires are running it looks to me like you have a Shop Vac (I recognize that tag) and the DeWalt plugged into the Normally Off side of the IoT, which is fine, but that you have connected the PSU/controller to the Normally On side, which won’t work. Try plugging your PSU directly into the wall.

Also, consider buying a beefier wire to supply the IoT, and be aware the some people have had trouble overloading the IoT by running one of the larger shopvacs on the same circuit as the DeWalt spindle.

That was it, thank you ChristopherDahle!

its not even the same relay as the question…

did you do anything to the g-code set up?

Thanks for the link to this relay outlet. Super easy for anyone.
Just wire a red to the 10v, and a black to ground, them red to + on the relay and black to - . Change your machine settings on Easel to automatic spindle.
I also control my shop vac from it.

Please be aware if you are using a single relay to power both the Dewalt and the Shop vac, there’s a high probability that you are overloading the 12A rating of the relay. Make sure you adhere to the current draw recommended by the relay manufacturer.

You are correct. I assumed he’s referring to the IOT relay considering the phrase “relay outlet” along with the ease of connection.

I’m using that “PoS” one.
With everything running it’s running about 9.5A. thanks for looking out for people, though.
Still looking for people’s preferred dust shoe option they can make.

I just picked up the IoT Relay and am wondering what pins to connect it to on a gshield (v5b from 2014). Thanks.

This post have enough info for either Relay you want to use. Just scroll up to see options.

I know how to wire the relay. I need to know where the wires go to on the arduino/gshield. Everything is for the x-controller that I do NOT have.

I posted this a couple of years ago:

Thank you Larry and Erik, I thought this was the right place but needed to be sure.
Need to break out the soldering station and headers and make it so this weekend.