Has anyone removed the pulleys from the newer model x-carve shipments that have them pressed on at the factory? I’m thinking I’ll want to switch to 9mm belts pretty quickly, but I’m wondering what the easiest method is for getting the pressed pulleys off without damaging the motors.

I did, actually. All I find are occasional mentions and people making suggestions, but I’ve yet to find one where someone successfully got theirs off and reported back.

Cool, I was asking about personal stories from others in this particular community and hoping to converse on the subject, but I guess I’ll go to a different site and watch a video instead.

FWIW, I have been reading thread after thread on these forums since the day I ordered my machine and have enormous respect for both of you, Robert and Bob. You’re helpful to many and often funny in the process. And I do try to refrain from being redundant or posting off the cuff for a quick answer rather than seeking one… I just really wanted to talk on the subject instead of getting the “use the search button” or “look elsewhere” suggestions…

but I’m wondering what the easiest method is for getting the pressed pulleys off without damaging the motors.

Pinion pullers with a little help of heat to the pinion itself should it really not want to move.
Work very well, done it on many non-stepper motors.

How much heat are we talking about, though? I assume the Nema motors can tolerate quite a bit without damage, right?

People have mentioned success with grinding/sanding them off.

Oof, that just doesn’t sound fun at all! I’d love to minimize the risk of damage. I like the pinion puller idea, for sure.

Edit: Speaking of grinding/sanding; Is it common to go ahead and file a flat spot on the shaft after removing the pressed on pulley to allow for the set screw on a replacement pulley to have a flat surface to mate against?

How much heat are we talking about, though?

Note that you direct the flame only to the pinion itself, that way the shaft/motor will see very little of it.
I have used a candle / creme brûlée torch.

Ahh, ok, that’s not much at all then. I was envisioning carefully holding a blowtorch up to my stepper motors with a cringe sensation running down my spine.

I made a small puller out of aluminum scrap, came off pretty easy with no heat. I did file a flat spot for the new pulley. 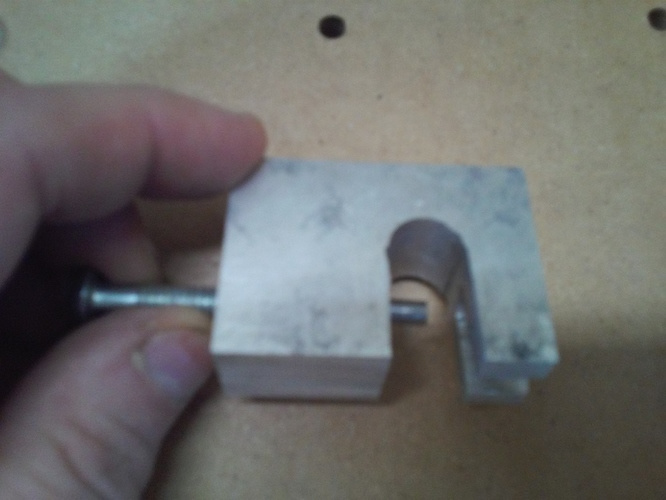 That’s awesome. Just a tapped hole all the way through the main block, I assume? I guess I had way overthought how much force it takes to get those pulleys off, then.

Just a tapped hole all the way through the main block

I borrowed a small 3 jaw puller from my neighbor, no heat or anything crazy needed. 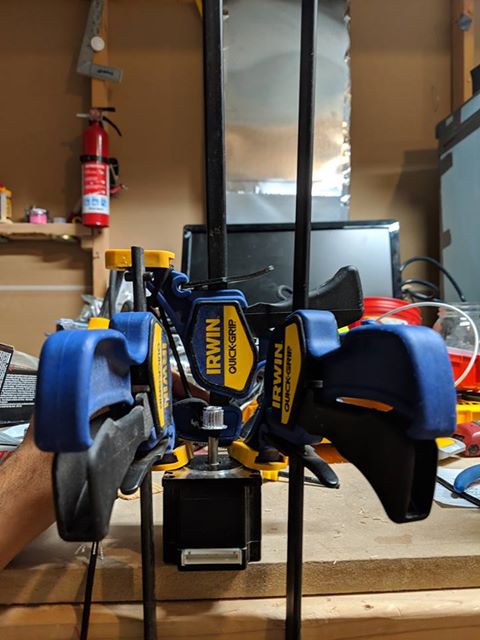 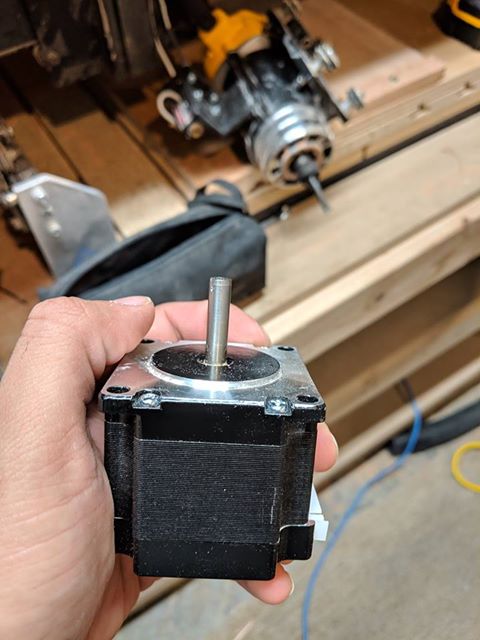 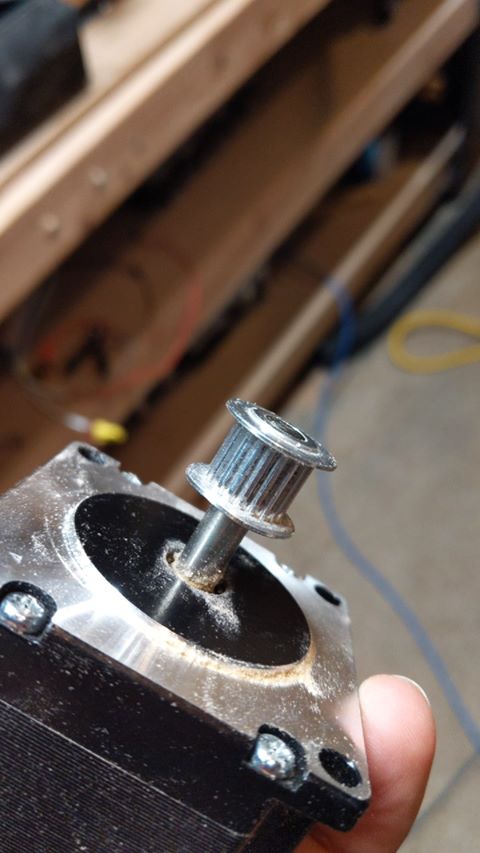 I didnt have to use heat. I was also unwilling to take my 4 and 3 year old to the tool store with me. So I got a little creative. But it worked. Careful pretty sure it could take an eye out if things went badly.