I’m on step 6, at 3:40 in the video. My belt is looped through the belt clip exactly as shown, and I have a good 4-5 inches of belt looped back on its self with all teeth meshing. As I tighten, the teeth just slip, over and over and over.

I’ve tried to tighten the belt maybe 15 times now, spent well over half an hour on it. If I get to the “loose guitar string” stage everything seems fine, until I slide the X carriage back and forth once and the teeth start slipping until the belt is way too loose.

My assembly is identical to what’s depicted in the video, I’ve reviewed the steps multiple times, and everything looks perfect. Teeth just don’t want to hold.

Is it a bad belt? Are the teeth worn down from so many failed attempts?

I’m no stranger to this type of assembly, but so far this has been quite unpleasant.

Hi Chris
I found if i pulled it sideways to test the tension it would slip as the teeth don’t have enough area to grip.

Also the nut that holds the tension part down maybe see if that is firm (but so it can still slide) it may be lifting enough that the teeth are not biting together.

I’ve only been pulling in line with the belt to try and keep the teeth from slipping. It seems to be getting worse. The far end even came loose on me once now.

The nut on the base of the belt clip is nice and tigIht, and I’ve even tightened it all the way down the few times I thought I had enough tension. Then I moved the carriage and the belt slips to where there is over an inch of slack.

Part of me wonders if somehow a bit of WD-40 from the self tapping screw steps got on the belt.

Relying on friction alone to hold the belts in place just seems like a recipe for failure. Especially in this case where nothing seems to hold. Throwing in the towel for now.

The WD40 could be an issue, mine as been rock solid i have had it running for 6 hours today and its still tight. Maybe post some pics and the Inventables team may have some ideas.

Chris I had one of my 3 belts slip a bit too but I came up with an easy fix you might have luck with. I cut a thin piece of duct tape like maybe 1/2" wide and 2" long and I wrapped the tape around the belt right next to the metal clips. It worked flawlessly, give it a try. Your probably right about the oil or maybe even some dust/oil from you hands. Be sure the belts are super clean, maybe clean the end with some alcohol too. Cheers, stay positive, it will be worth it!

Another fix would be to just put a tiny 1/2" extra piece of belt under the clip to provide a tighter grip. Good luck!

If you’re still having trouble with the belts slipping, another thing you can do is put zip ties around the belt like this (make sure it points away from the v-wheel): 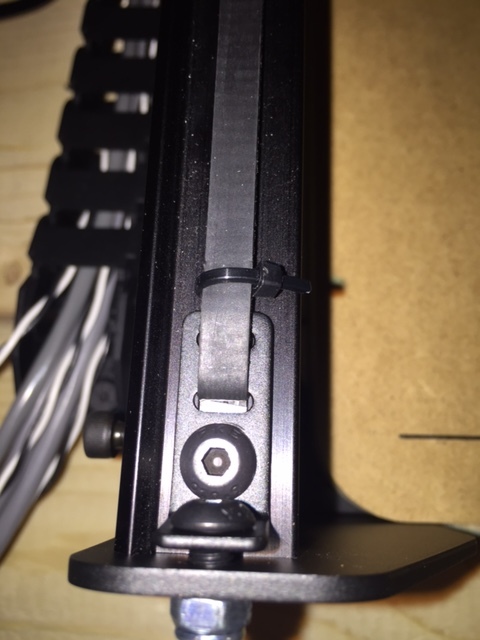 My plan of attack for today is to clean the belts (and all extrusions) with some 99% isopropyl alcohol to remove any potential rogue oil, then try tightening the belt again.

I almost wonder if using some CA glue on the belt ends would solve the slipping issue without adding potential complications in the future.

That would likely work great. I just don’t want duct tape on a brand new machine.

Some heat shrink might also work. I may give that a shot. Leaving the belt naked at that attachment point and relying on friction alone just seems like asking for trouble, especially if like my you want to cut harder materials like soft aluminum.

Hi @ChrisEllerby here’s another idea you could try. If you wrap the belt through like the diagram below you it might get more friction since the bracket would be holding it down. Can you try this approach?

I just went with heat shrink on each connection point. It holds tight, flexes, and is more or less invisible. It can even be easily removed if the belt needs further adjusting.

This belt-clip design should be tweaked, though.

It was at this step I realized that I must have used an M5x25mm for the wrong part.

I used zip ties on a couple of them, but then realized it was going to interfere with the carriage, so I replace them with a few wraps of electrical tape, and that seems to be working for now.

@PeterJames
Thanks for this tip. I used 1/2" electrical tape and it worked wonders and is discrete. 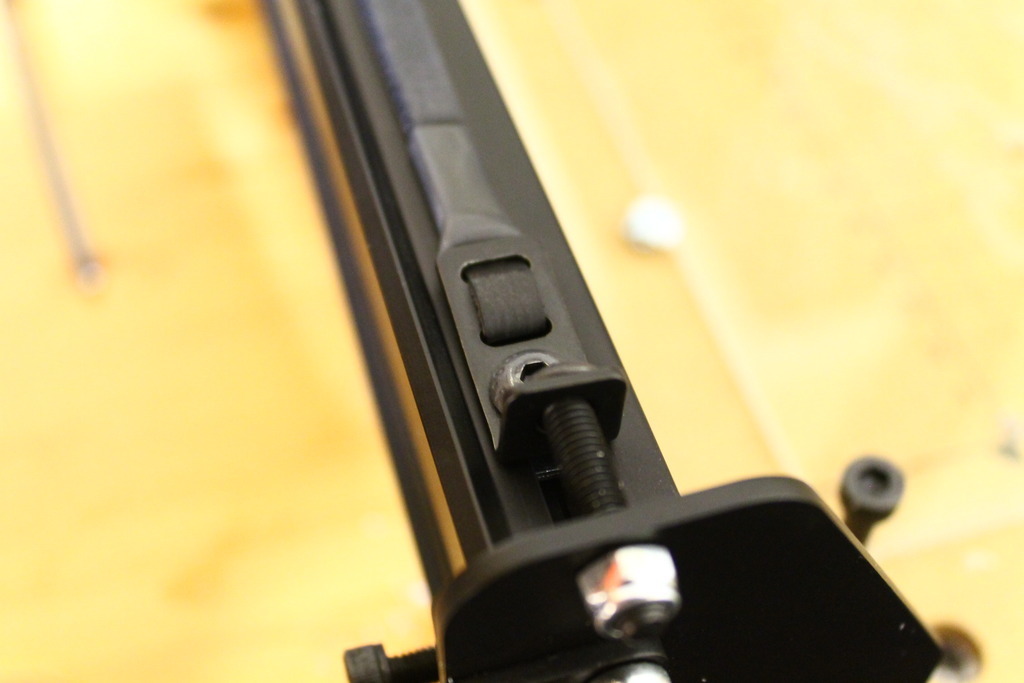 Was having this same problem. Zip ties worked perfect! Thanks guys 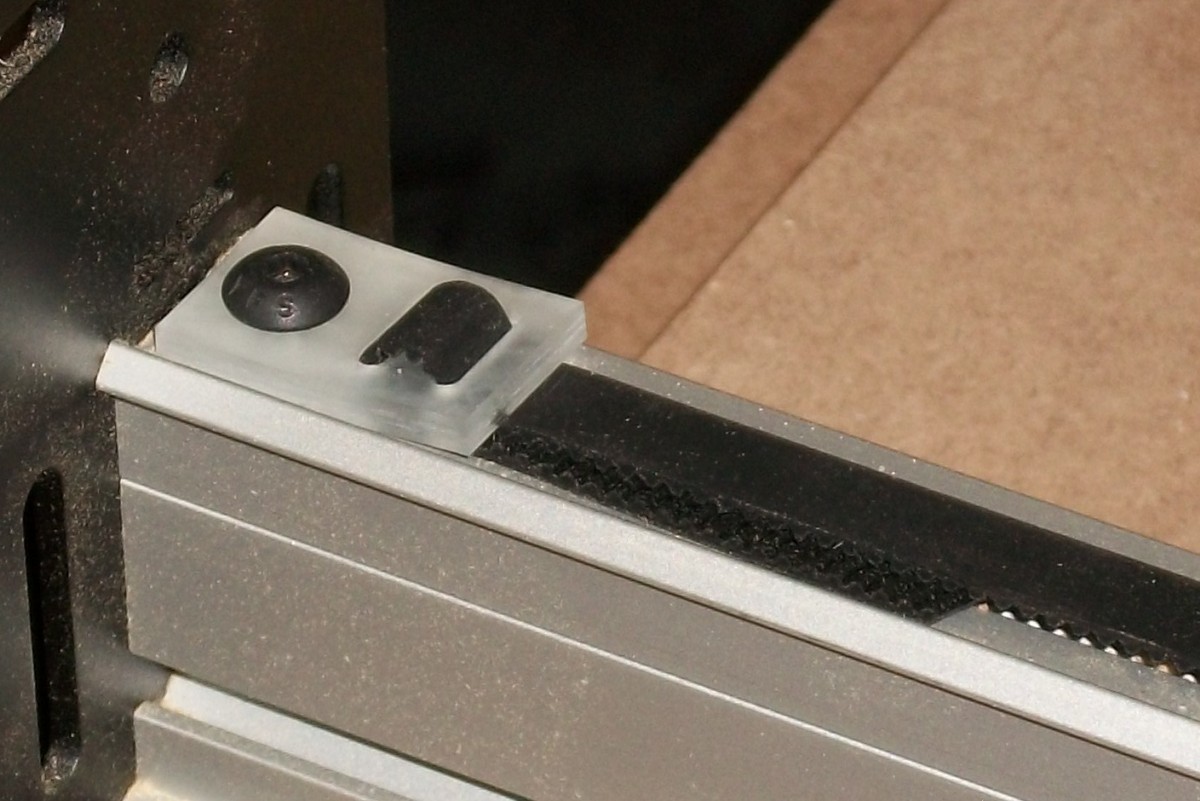 This was a major issue when building my X-Carve. I had to take everything back apart and add heat shrink AND zip ties to keep the belts tight, which added at least an hour to the overall build… Can we add this to the instructions to save everyone else the hassle?

I’ve tried all possible positions of belt and it still slips. Now if I have to add a zip tie and/or shrink etc. Then this needs to be address in the instructions not on the forum which you have to search and find solutions to how to build a product. Now if this was on an additional part /add on thats one thing but this is for the product itself. Like having to cut a allen wretch so that it fits behind the z-axis… Zach… doing a great job on responding and leading the team but do you have someone who can spend the time searching the forums and revise the instructions so that all the people new to cnc can build the x-carve without having to provide extra engineering?