I think they are still testing options.

The bracket doesn’t need more holes. If you’ll change the routing as I showed in my post above, the belt will get locked in securely.

@ChristopherMay it’s hard to tell from the picture. Do you have both screws in there?

BillArnold you are using a clear piece of hardware that is not what I have. 2nd I tried it already.
The video at the end of the build for tuning the machine has a clearer explanation of how to keep friction with your finger to tighten belts… I will try it again but I have just moved on. Im soooo close to finishing!

you are using a clear piece of hardware that is not what I have.

You have a bracket with two slots in it. My bracket is the same. The reason my bracket looks different is that I needed to make a slightly wider bracket to hold the 9mm belts I chose to replace my 6mm belts. I used my SO2 to cut a bracket modeled after the stock bracket. I had some Lumicite (acrylic embedded with fiberglass) in my stock, so I cut six brackets to replace all of my stock brackets.

I had noticed with my 6mm belts that they would flop around a bit, even when snugged up real good. Exploring other ways to route the belt, what I show locked the belt securely. With the routing shown in the instructions, there can be a variable amount of pressure keeping the ribs of the belt interlocked. With my routing, there is no slipping because the ribs are locked together well.

I like your solution for what you have done. I am not sure why you would say that 3 slots in the bracket is not helpful. If the bracket had a 3rd slot I bet 98% of these belt questions would disappear.

I can’t help, if you don’t mind I have to pass this to you Zach. Here is what I did to my belts and still staying. 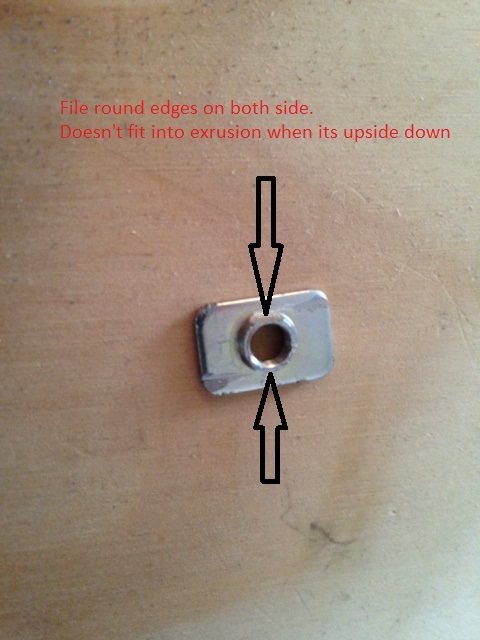 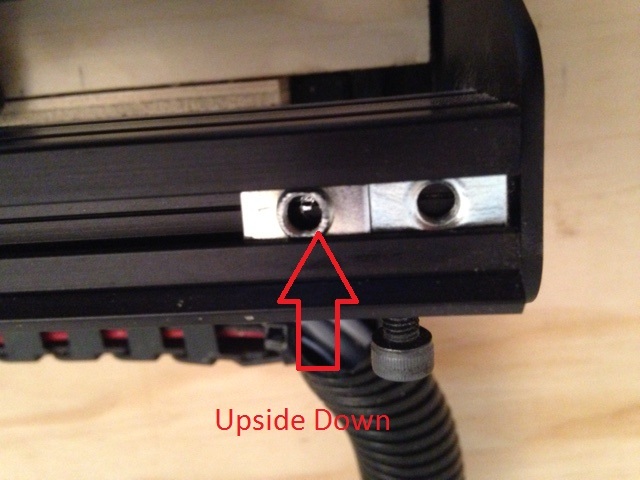 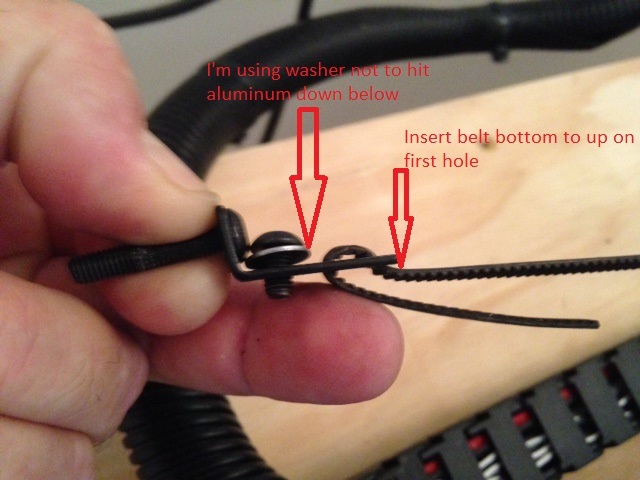 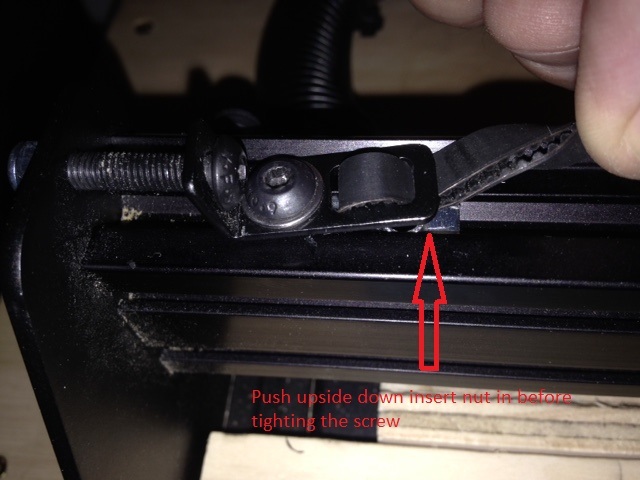 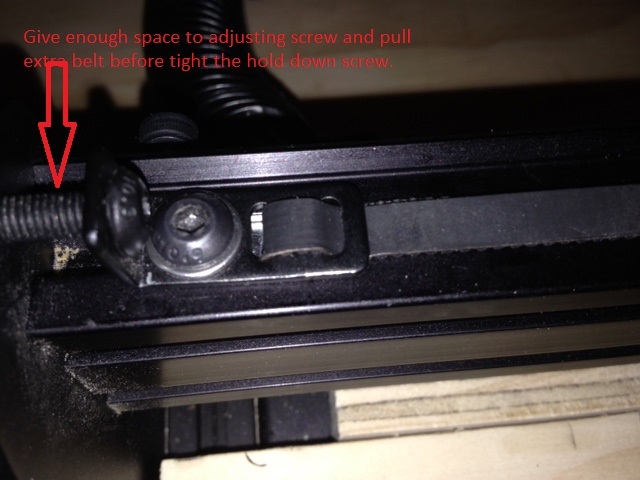 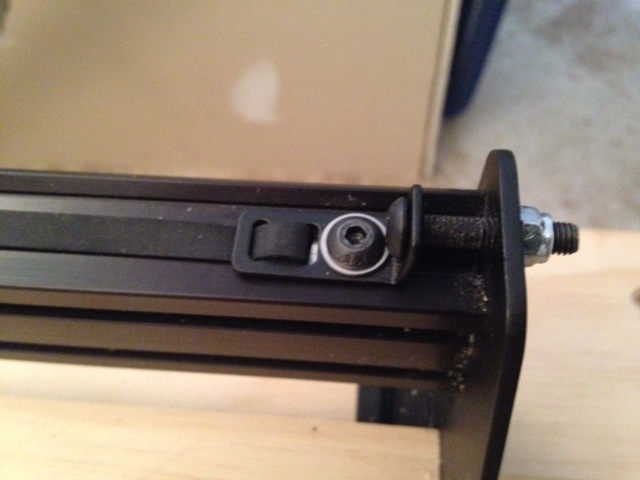 Winner! The second insert nut gives additional bearing surface for the belt to rest against in the maker slide and the upturned portion of the nut tends to bite in a little on the belt improvoing the grip.

I am almost done with the build. I stopped early last night after I finished the “work area” section. I tried tightening the belts and they slipped so it was late enough to take a break. Today is a new day! I will get it somehow. I like the solution suggestions above thanks alandavis. I was also thinking if I took that bracket and gave it a few degrees downward bend it would press harder on the belts when I screw it down.

It will bent back again. Also problem here is there is nothing under the belt to hold together. That’s why I insert that nut. If you don’t want to disassemble again, you can insert thick enough metal piece to support that down push. Target is pushing belts teeth tightly to each other. I hope helps.

It’s been 14 days. still holding, no belt adjustment made since then. Just for the reporting.

lol, my bad… correct.
my math is off today
corrected to 57 days

I’ve had it longer, but on May 27th I readjusted the belts and added new zip ties. I also posted this:

I know that it has been a while since I put my machine together, but I am slow... slow in putting it together and slow in coming out with my "tips" post. I am also not an expert in this area, so I apologize in advance if I missed something or just plain got something wrong. Below are my assembly tips written as a letter to myself. I hope you find them useful as well. Hi, "Welcome to the word of", X-Carve! (Futurama reference) [image] Congratulations on getting your 1000mm X-Carve Full K…

This is how I did my belts: 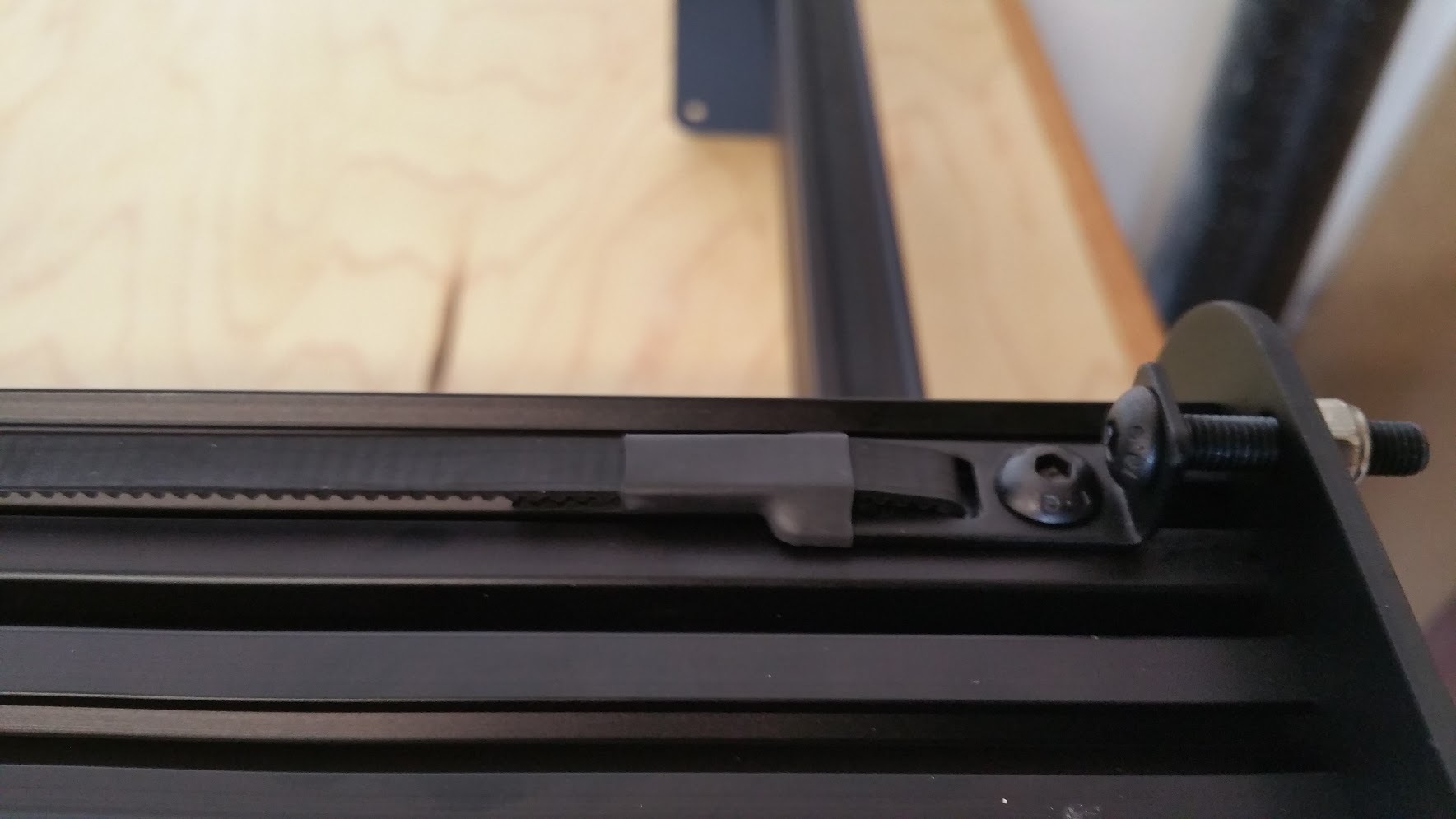 When I waste first Stock spindle, you were giving a battle with Custom. That’s what I remember. I’m just kitting. You’re good man.

@AlanDavis I definitely had a battle with customs… I think they won big, but that was well before May 27

For the issue of the belts slipping, I found a quick and easy solutions that does not involve cable ties, tape, heat shrink or anything else along those lines: Simply loosen up the screw on the belt hold-down bracket, fold the belt material that is hanging out around the front part of the hold-down bracket and under the edge of the bracket and then tighten the bracket back down onto this folded piece of belt.

This only takes a few minutes to implement and will completely solve your problem with the belts slipping. 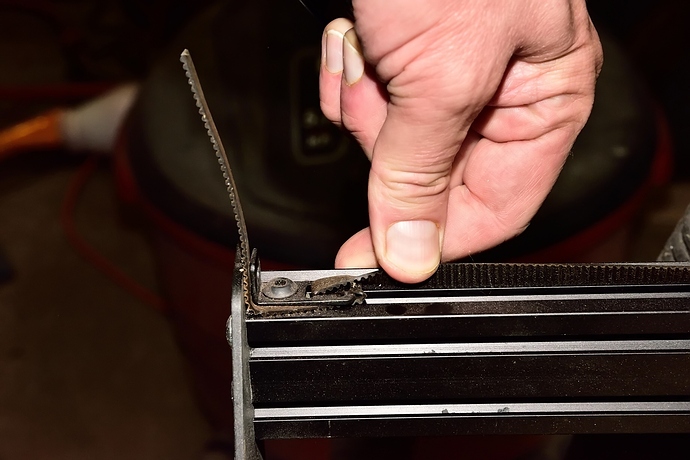 Well, that’s a method that had never occurred to me… reversible too! nice!