Ok, so this won’t work for most of us bc of the 1/2” shank. But I am curious to hear thoughts from the forum about this tool for surfacing the spoilboard. When it comes to cost, this tool is very reasonable when compared to some of the carbide replacement bits currently on the market.

I have never seen or heard of anyone chucking this up into a CNC, only a drill press or mitersaw. (Wagner had a version for mitersaw a that worked well for moldings). I don’t have the capability of trying this on my machine yet bc I am still running the 611 with a 1/4” maximum collet.

Originally this was the Wagner Saf-T-Planer and was manufactured in Tulsa Oklahoma. Many luthiers have been using this tool in a drill press to surface and thickness guitar parts for years. A few years ago, Wagner retired the product and no longer makes it. However other sources have become available, some better than others. Woodtech, StewMac and Music Tools are a few that I am aware of.

I have not heard great things about the woodtech, but the StewMac and Music Tools I have. I own two of the original Wagner units, so I have had no need to try out the other units. However the Music Tools Unit intrigues me bc they have a Unit with 6 cutters instead of just 3.

Max RPM is 6000RPMs which probably manageable with most spindles with a 1/2” collet with a speed controller.

The biggest problems that I have had with the units is leaving swirl marks on the work surface. However I have only used this in a drill press where the Spindle isn’t nearly as accurately trammed to the table. I’m pretty sure that on a CNC with a properly set up machine that has been properly trammed, this will give a much smoother surface without the circles.

Of course since this tool has a 3” diameter a beefy Spindle would be best for several reasons.

Any thoughts or comments? 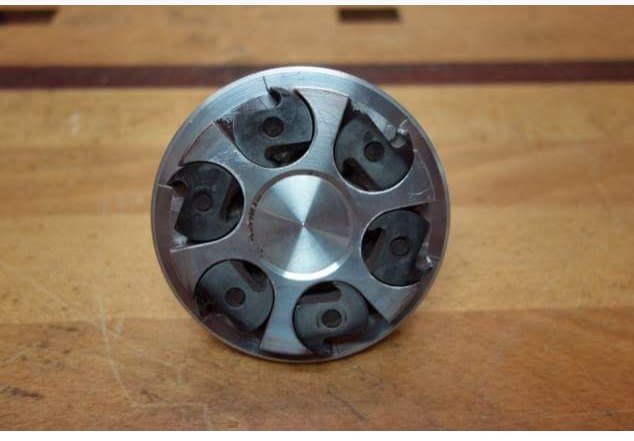 I checked the paperwork on the Wagner 2-days ago, could of sworn it stated 6000rpm. I will verify this information when I get back to my shop.

This is what the instructions states on Stew Macs web sight. However it only gives a recommendation and not a maximum speed.

“Run the Safe-T-Planer between 2500 to 3000 RPM. This minimizes vibration, for the smoothest cut and best results. Excess vibration could also loosen the chuck’s hold on the tool’s shaft.”

Ahh but Stew Macs sight further down also states this.

I am not recommending exceeding this recommended speed as stated by Stew Mac now that I read this.

This does lead me to a question though. Would a recommended speed change from a drill press to a Spindle? Considering the chucks are completely different.

I don’t have the capability of trying this on my machine yet bc I am still running the 611 with a 1/4” maximum collet.

This is why we can’t have nice things…