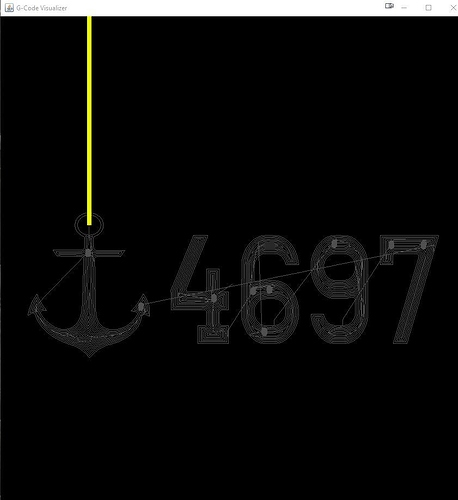 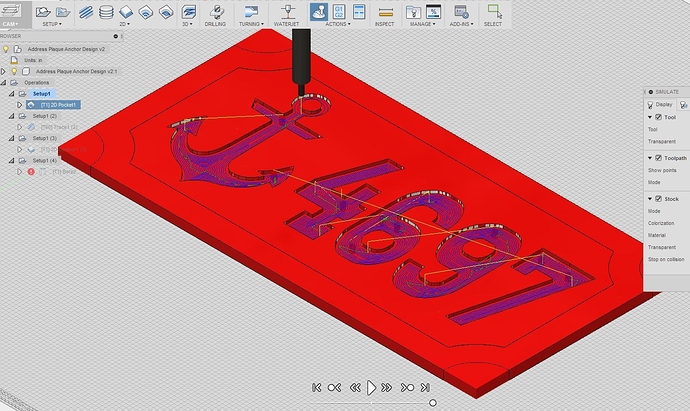 Can anyone tell me what happened?

and cut on X-carve

any help would be appreciated thanks

Off the top of my head, I see that you have an operation that is not regenerated successfully, meaning that if it was posted as-is, the G-code will be executed in entirely the wrong spot, etc… And given that it’s called “bore”, I’d assume that implies a circular feature, which is what we’re seeing here.

That’s definitely very interesting, because it’s a neat, complete circle as well. That CAN’T be random and be that neat, that had to have been inserted somewhere in the code, not a malfunction in the controller, etc.

It looks like that runs toward the end of the carve, given the way the burrs curl? 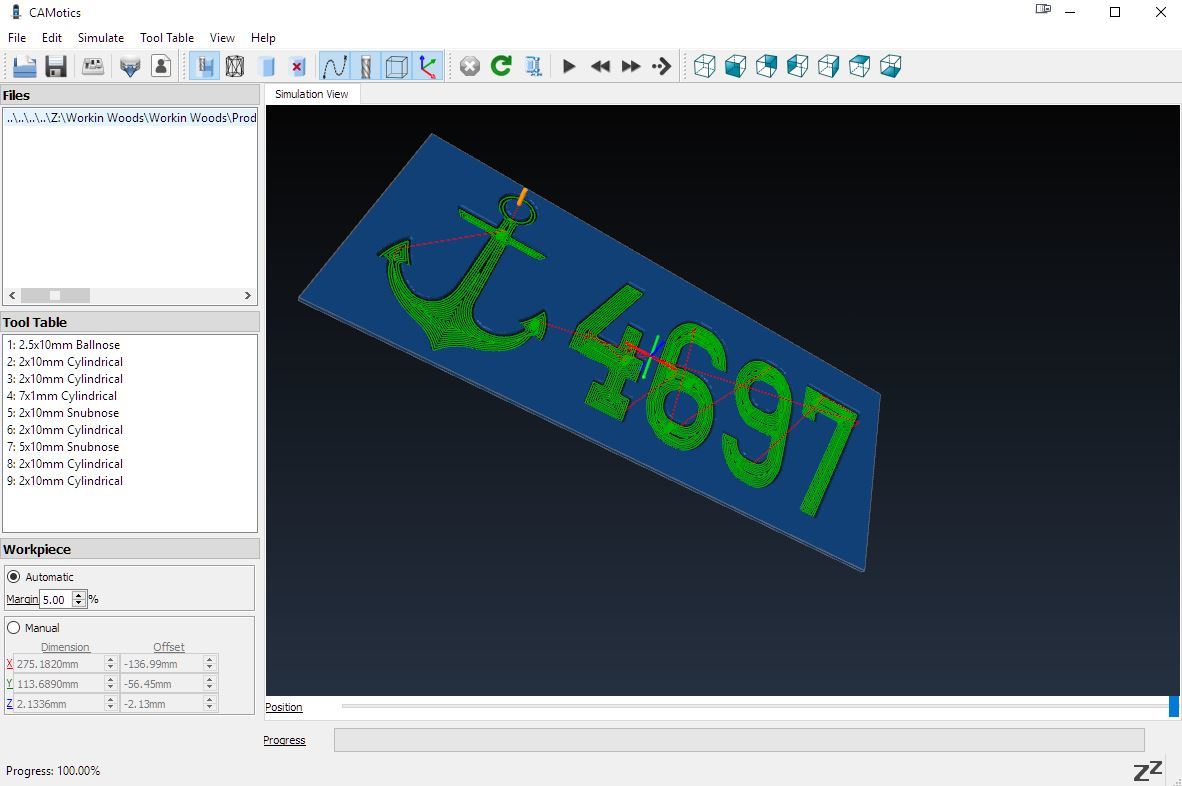 do you think that it had something to do with the computer universal gcode sender is running on? I run it on my main computer with about 20 other programs all at the same time my X-carve does not have a dedicated computer like my big 4x8 machine does

Not sure it makes a difference, but I would not use version 1.0.9 of UGS. The nightly build is much better and I no longer get the odd random errors.

are you referring to the 2.0 nightly build because on there website it says that the build is failing

Yes I am…but don’t use that one. Get one where the build is stable.

would you happen to have a link to the version that you think would be best? I dont see any other nightly builds on there site

That is really, really weird, man. I’d be tempted to re-post the program for that engraving, then send it with something else, just to eliminate that part of the toolchain entirely as a potential issue. Run it on some scrap, or in air, etc.

Maybe use ChiliPeppr or something instead to test?

Here is the version I am using…I put it in dropbox…please get it now as I will be removing it soon.

Can you post your g-code? It would be far easier to figure out the problem with that.

Okay I got it thanks

Here is the gcode

Did you notice the ity-bity little arcs your g-code has? 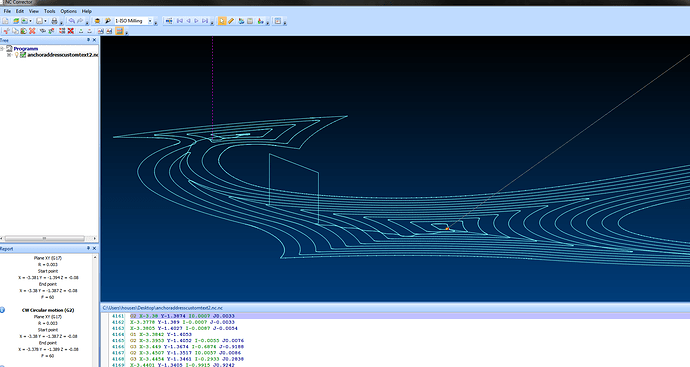 It’s possible that some portion of these arcs are below the arc tolerance set in your grbl settings. I don’t know what happens if that’s the case. Or perhaps you’re getting arcs going the long way around.

Either way, you should probably run your code through a post-processor and clean it up.

so you guys are saying for that the post processor could be the issue?

Currently I use the generic grbl post processor in fusion 360

I have heard that I should be using Tinyg post processor in fusion and I have never been able to figure out why would you guys know why this is suggested?

I’ll bet @PhilJohnson is a better person to ask. I don’t even use a gShield, grbl, or a g-code sender. I have always run my XC with a Smoothieboard, it has an intranet interface that I upload my files to so my computer doesn’t need to be connected to the controller. But, any controller can get messed up with bad g-code, so I’m familiar with finding those potential problems.

The OP posted the g-code already. It contains both the M6 tool change and some suspect G2/G3 commands.

here is the gcode