Shapes and letters carve accurate but in wrong place

I have been trying to complete my first project, the Playing Card Box. When I attempted to use the supplied files my machine carves the pocket in the wrong area of my material. When I hit the stop in Easel the router does not return to home rather to another spot SW of the work piece.

I created the same pockets myself in Easel and attempted to carve. Still no success. Carving was too far North by 4mm and too far East by 8mm . When I quit the router did return to the proper “Home” area. I just started using the new X Controller but was having similar issue with the original Arduino. 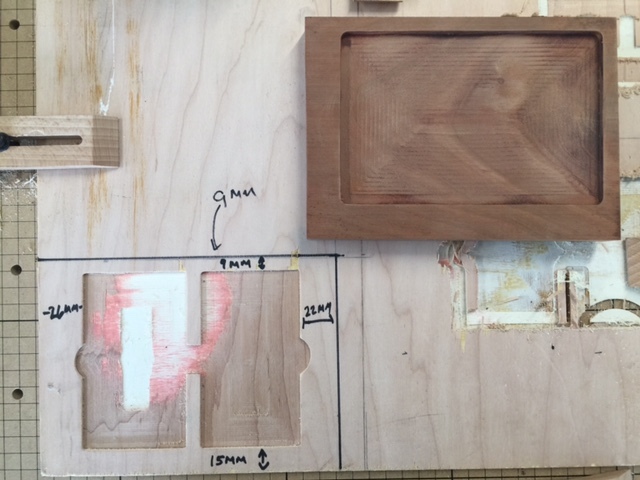 Other than the shift in location is it carving the shapes to the proper dimensions?

FYI: Check your belts. They tend to stretch out just a bit when they are first installed and probably need to be re-tightened.

The belts don’t stretch so much as slip.

I’d guess that you are off due to losing steps during rapid movement, so motor-current adjustment is suggested. Not sure if this applies to the x-controller, though.

Just tightened belts again… will let you all know after I test tomorrow.