I’m having some fairly consistent issues with tearing out, particularly very sharp external corners. 90 degree corners are pretty decent, but it’s the extreme angle ones such as the peaks of “M” and “N” when pocketing the letters out.

It’s happened quite a bit, various bit sizes/types, fonts, whatever. Not sure what the deal is.

The only consistent factor is Easel/X-Carve. I haven’t tried any other CAM tool to generate the letters.

Today it happened again and decided I needed to see if I can get some answers.

I’ll try tomorrow when I go back down to the shop again with a camera.

I wonder if it’s just me and lack of design skills regarding machines. Is there just a “too thin” of an area (probably dependent on material) that just isn’t ever going to withstand cutting on both sides?

Here’s a link for anyone who want to see the original:

It was the (mostly right) peak of the M that was tore out, though the left peak had some issues as well.

I noticed a lot of this on the birch ply I was using, but I kind of attributed some of that to the depth of the cut being so close to the depth of glued layer of ply that it tore off the top layer because the glue wasn’t strong enough.

Just a guess here but it might be that the IPM is high for detailed corners. It could be that your bit (which is the one I would probably use to reduce tear-out) is just hitting these corners a little too fast.

I had this same issue when working on some letter inlays and noticed the tips of sharp corners were tearing or breaking off… after slowing down the IPM I go much better results. 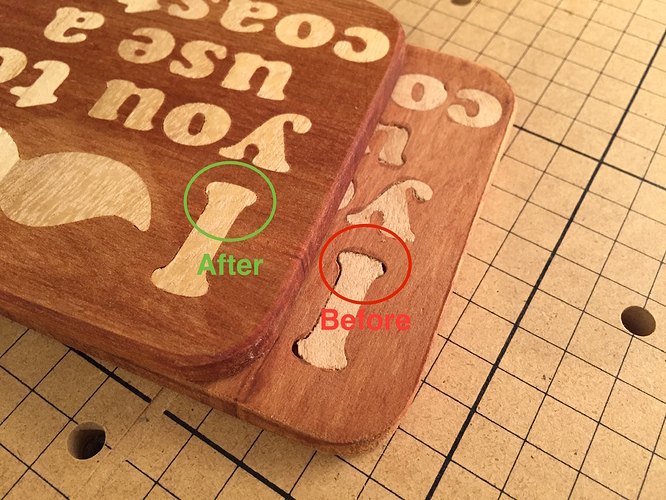 I’ve carved a few whale tails and most of them suffer the same outer pointy-bit chipping off as well.

Guess I’m going to have to get this 2 stage cut thing working, because I can’t slow down my machine too much more and actually get much done.

I would experiment with a down spiral bit with multiple flutes. The more flutes the less you will have to reduce your speed. If you only have upcut spirals, try the bit with the most flutes. It shoudl make a difference. You should also download the trial of V-Carve - you’ll be amazed what the right software can do for you.

See the right side “peak”: 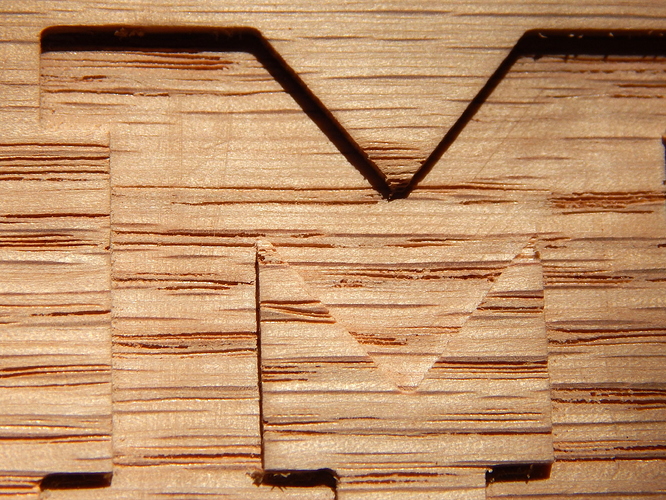 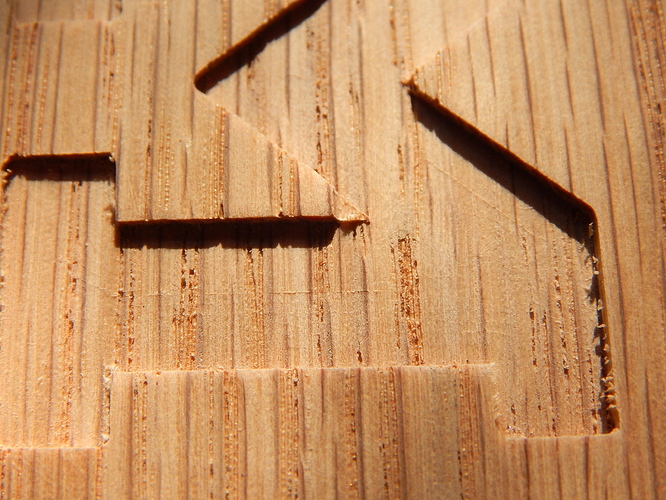 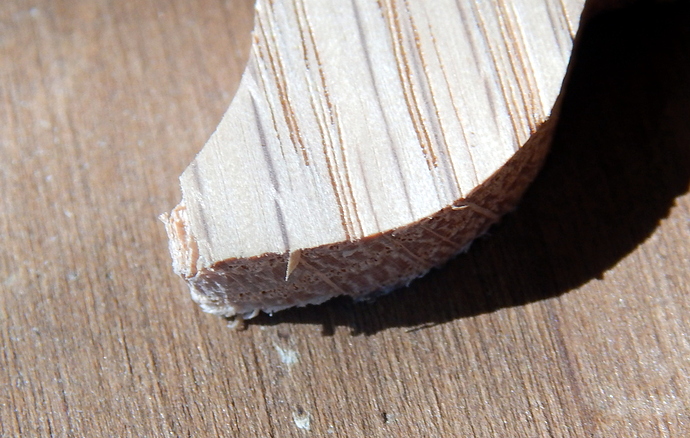 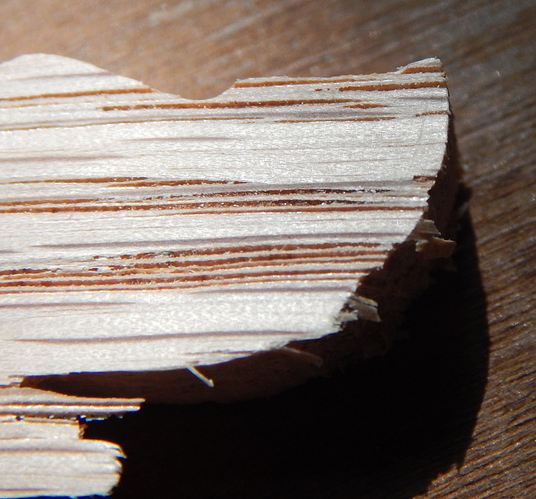 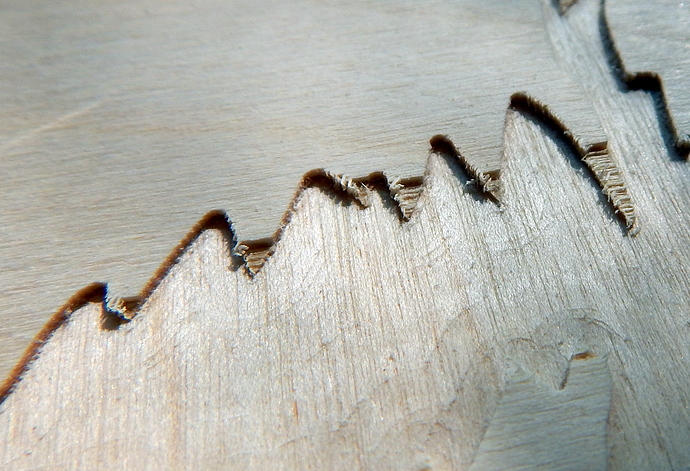 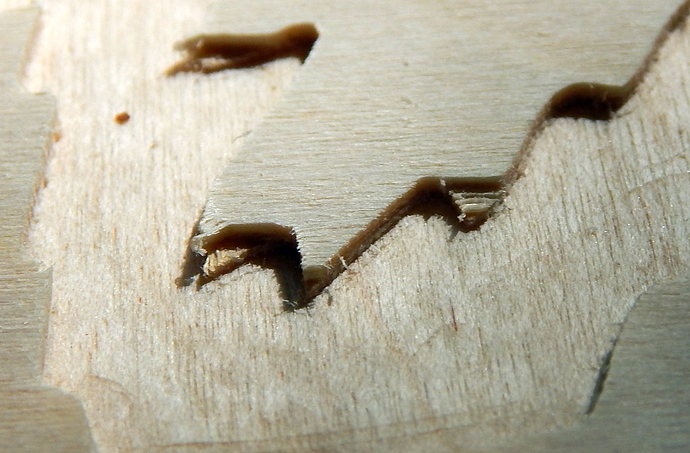 I have given up trying to mill plywood, I have never been able to make clean cuts in it.

For the plywood you may want to give a down cut bit a try. It presses down into the material as it cuts.
This is to keep it from lifting and tearing plywood and veneers. But it does not pull the chips out of the cut as well so you may want to do a shallower cut depth or follow along with a shop vac for the narrower cuts.
(here is an article explaining the difference)