Should preview show EXACTLY what will be carved?

Well, first thing, I logged on while on a little break at work and remembered I had things saved in easel, thought I’d messed around with laying things for different depths and BAM…3D preview. Don’t have it on my computer at home because it’s older. So, viewing the image I have the outline set to cut all the way through with tabs. For some reseason the preview doesn’t show it cutting all the way through. Not sure why, but shouldn’t it? 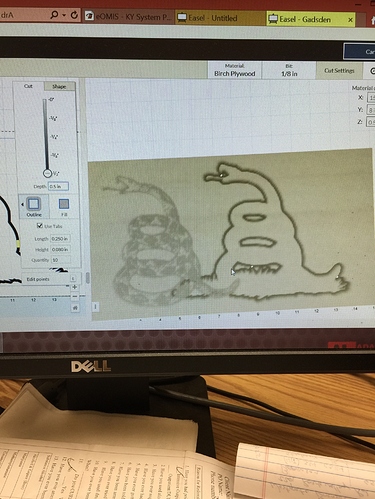 I had the images together and it didn’t show cut through on the preview so I separated them, still doesn’t.

What was your expectation? To me, it Looks like a profile cut through for the line. It won’t remove the “floating” pieces that are cut out. Vcarve does the same but you can double click to remove it but I don’t know if Easel does that or not.

Rotating it doesn’t change it. Figured it might be something with the limits of the 3D viewing. Another sign I have showed it cutting through in 3D, but showed the tabs.

Kind of what I was thinking but just making sure. 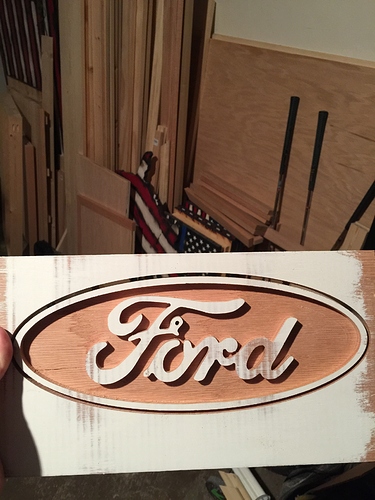 This one did the same in preview and didn’t show it cutting all the way through, but I ran it anyway. Cut out perfectly fine and left the tabs.