several of the V wheels on my machine have what i would call side to side play. basically the outer delrin wheel part moves side to side on the bearings.

on my z axis if i pull back and forth on the spindle you can see the bearings move back and forth inside the delrin wheels. this causes some concern as it doesnt appear to be all wheels that do that but probably half the ones on my machine have this issue. taking a problem vwheel off the machine, i can easily duplicate the problem with my fingers

how do you get the vwheels apart?

V wheel have two bearings on each side, you can use same screw from center, move right-left several times it comes off. Remember how did you put those two bearings at the beginning when you’re installing. You’ll see one washer between, that washer is too thick.

But you know how to remove and put back again. Take the V wheel, you’ll see two bearings inserted into black plastic wheel. Those two bearings are removable. One from each side. All you have to do is remove one side bearing by holding from center could be either small screw driver or even that bolt you’re using to attach it to X Carriage. When you’re twisting side to side it comes off easily. Those are not pressed, just inserted bearings. You have to remove that thick washer and insert thinner washer then put bearing back. That’s all. Washer stays between two bearings. If bearings are far away from each other, Plastic wheel slides side to side. It doesn’t give problem for X or Y axis very much, but Z axis must be tide enough not to move while changing your bit. Or you will lost your Zero point. I hope clear enough for you.
Check to see if you can make it. I can take one of my wheel later to take pictures step by step, but not today.

Thanks alan, i think i should be able to get it now

Hi @BadWolf There is a little ridge inside the V Wheel that is designed to prevent this from happening.

We would need to inspect your V-Wheels to see if something is out of tolerance. We will inspect the ones we have in inventory today to see if we can find any problem V-Wheels.

Thanks zach, i plan doing what alan suggested, probably this weekend, to see if it helps. I will let you know if it fixes the issue

I have a few on my machine that have the “popping” problem too. I think I was the cause…I had a pretty violent machine crash (totally my fault) and ended up putting what I would call an extreme amount of excess lateral stress on some of the bearings. (You know what’s worse than breaking a bit? Not breaking a bit and having the machine stalled while still trying to move at full speed.

) I hadn’t noticed any issues until that happened. Coincidentally, I’m pretty sure that’s also what killed my second stock spindle.

I’ve replaced a couple of the wheels, and have also managed to satisfactorily “repair” a couple more by very, very carefully applying a fillet of super glue around the bearing where it meets the flat face of the wheel. No telling how long that fix will last, but it was cheaper and faster than new wheels.

I know there are still at least two more that need attention, but they’re on the X carriage, and I’m not tearing that apart until I get around to doing the x-rail stiffening mod.

Here are photos of the operation. 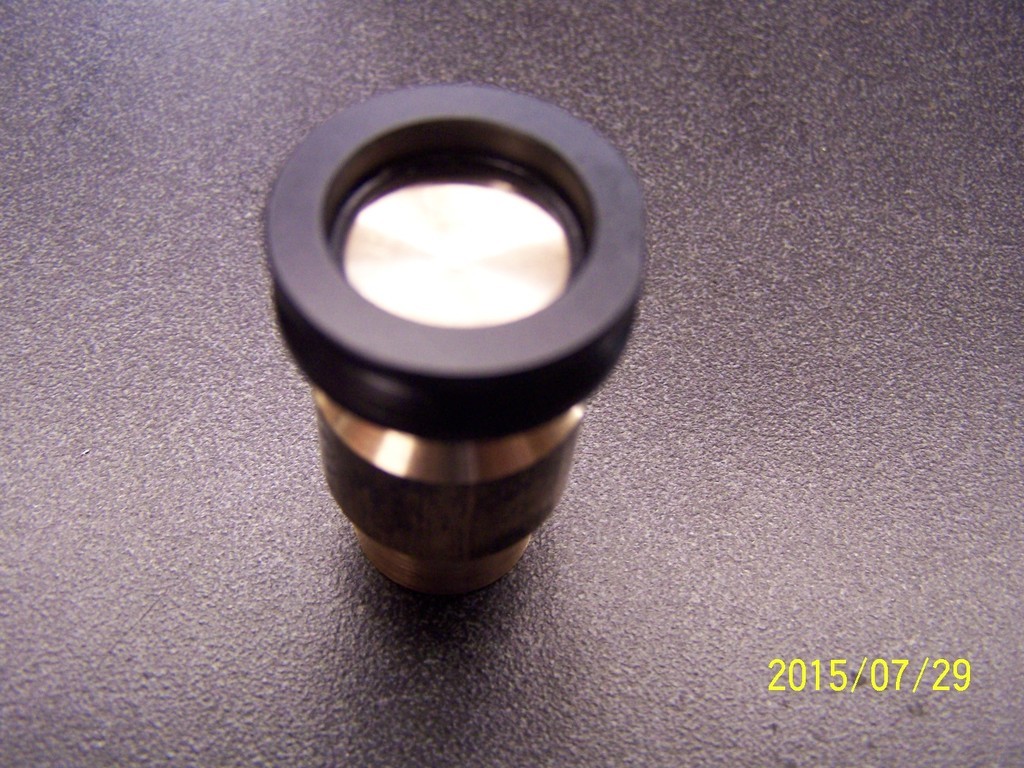 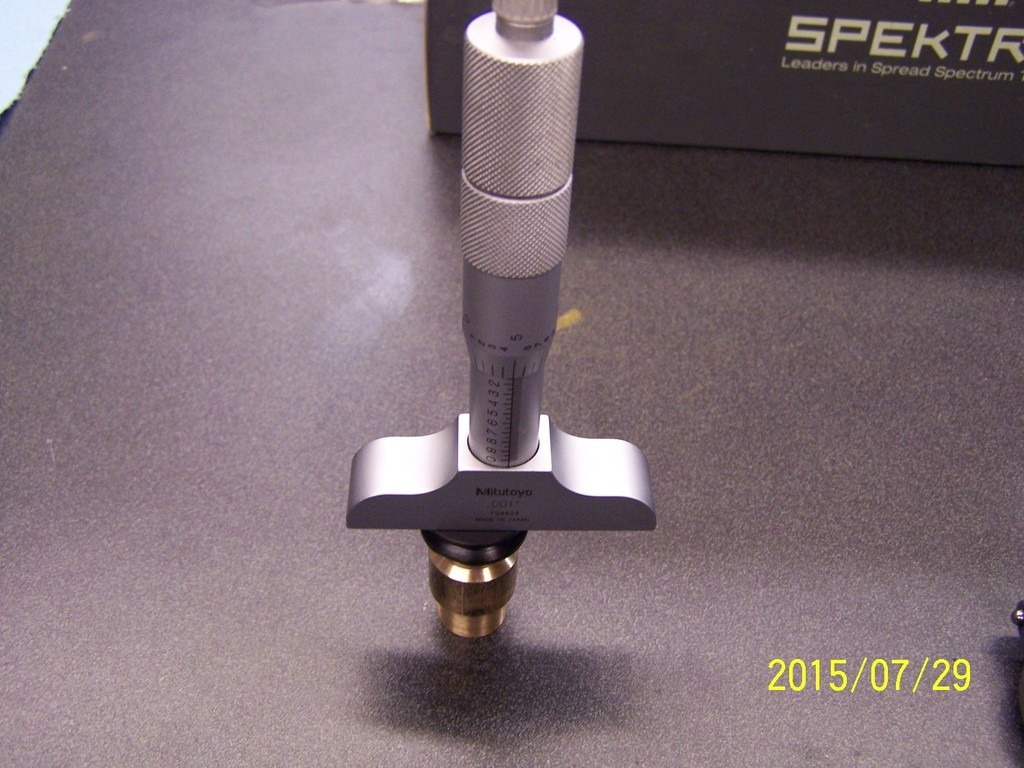 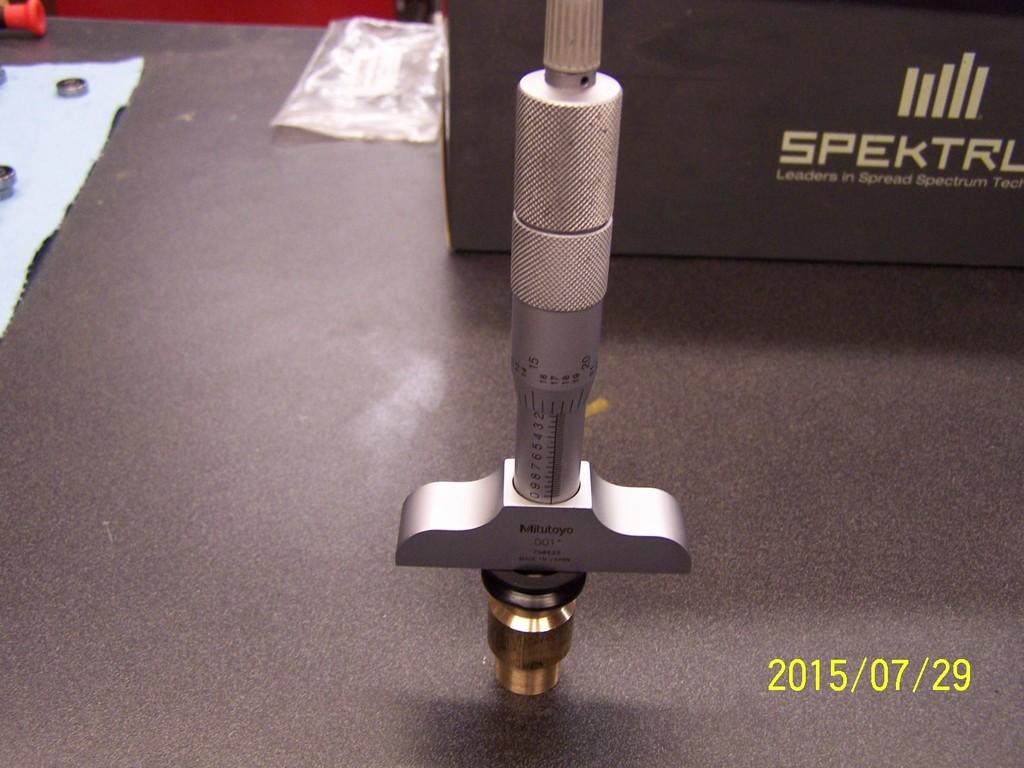 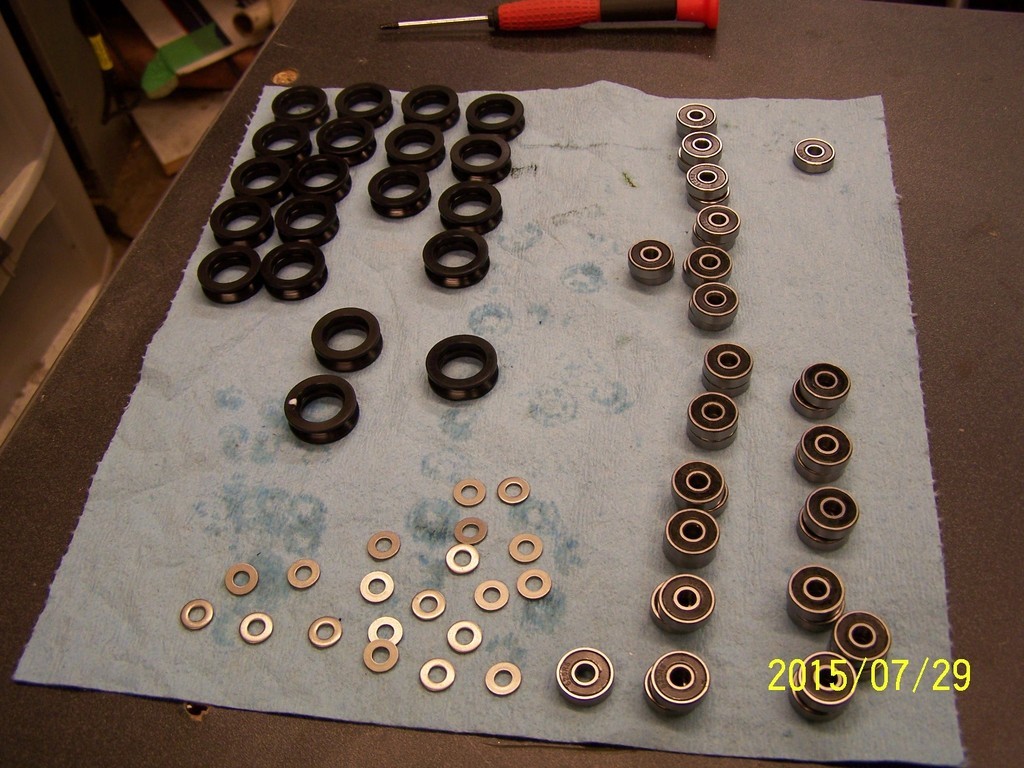 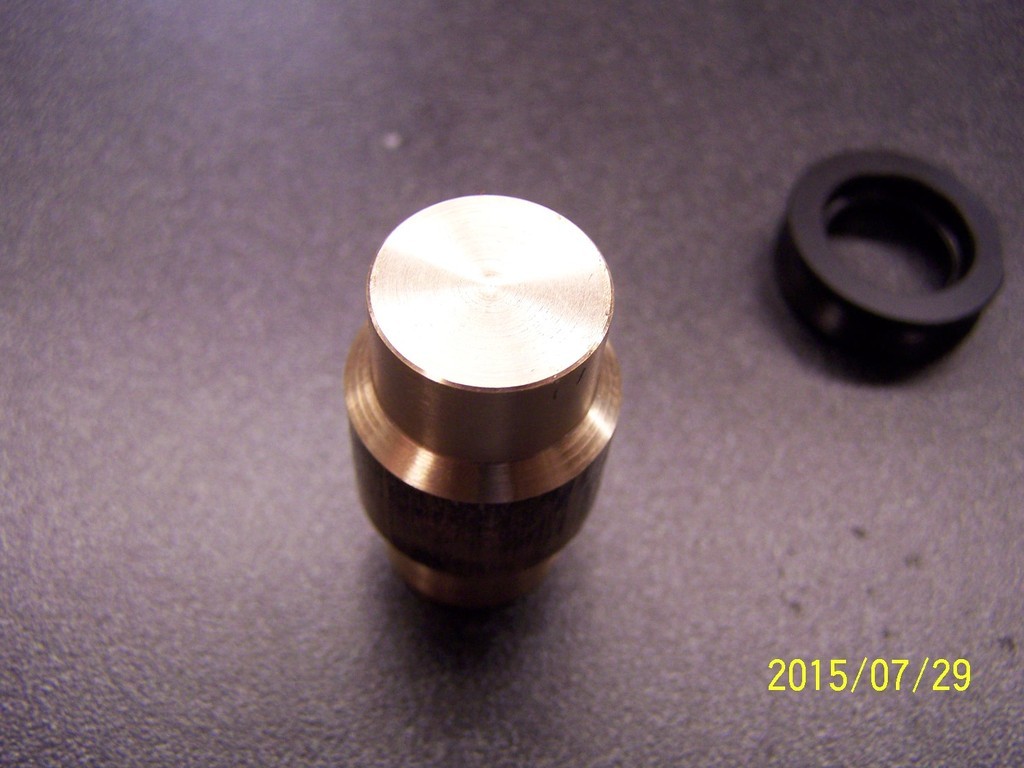 I made a short video of the issue

That is the typical problem I had. I removed all those thick washers and used thin fiber washers instead. Of course I don’t have those high tech mesurement tools, I had to buy several different thickness washers, install/remove couple of times, but I found exact match finaly. The picture I sent yesterday is the solution for that travel. (It’s not working without washer, don’t try)

It appears, from the video, that the outer race of the bearing is sliding in and out of the v-wheel.

based on the construction of the v-wheel, you will need to buy new ones. once the ID of the v-wheel is greater than the OD of the bearing, there is nothing you can do…

if you wanna go “redneck,” you can apply some JB Weld to the OD of the bearing and re-install into the v-wheel… wait 24 hours before re-installing the wheels on the machine…

You don’t happen to be into precision long range shooting are you? Those stats sound like reloading and brass prep stats:-)

No I’m just a machinist that had wheels, bearings and washers that I could measure against the specs.

@JayHyde Most of the bearings I removed from my V wheels were an easy slip fit. There were only a couple that were a press fit. The movement we are seeing in the video I believe to be a combination of the rib in the center being undersized the spacer washer being over size and the bore being a slip fit on under size bearings.