Just checked and it is still there in Firefox no easel local or controller connected. clicked on simulate with your speed loader and came out with tool paths and about 28 hours of cut time.

hey just for a what it is worth. at work last week (windows) I was having all kinds of problems with the interface that was not normal. no grid or preview in workspace (several others as well complained) but when I left on Friday it seems to have all came back. not much but just wanted to put it out there.

They moved it to the bottom right for me. 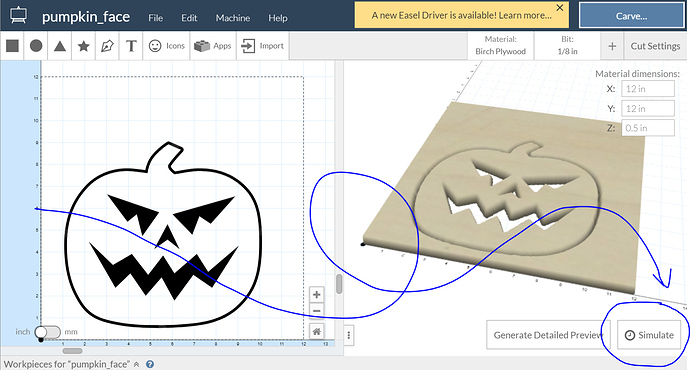 I like the loppdy loop to get there. Points for finesse

It’s been in the bottom right corner for awhile now. Absolutely stupid idea to put it there. Makes no sense. The explanation I received from the Inventables staff was because the ‘function’ didn’t match or go well with the other ‘settings’ surrounding it’s former location. Its obvious they don’t have an interface designer staffed as part of their developer team.