I’ve built a hold down in sketchup and imported it into vcarve. My problem is now trying to create what I’ve made in sketchup. I’ve spent the last hr looking at the vectric forums and could not find anything and been trying to figure it out in vcarve. 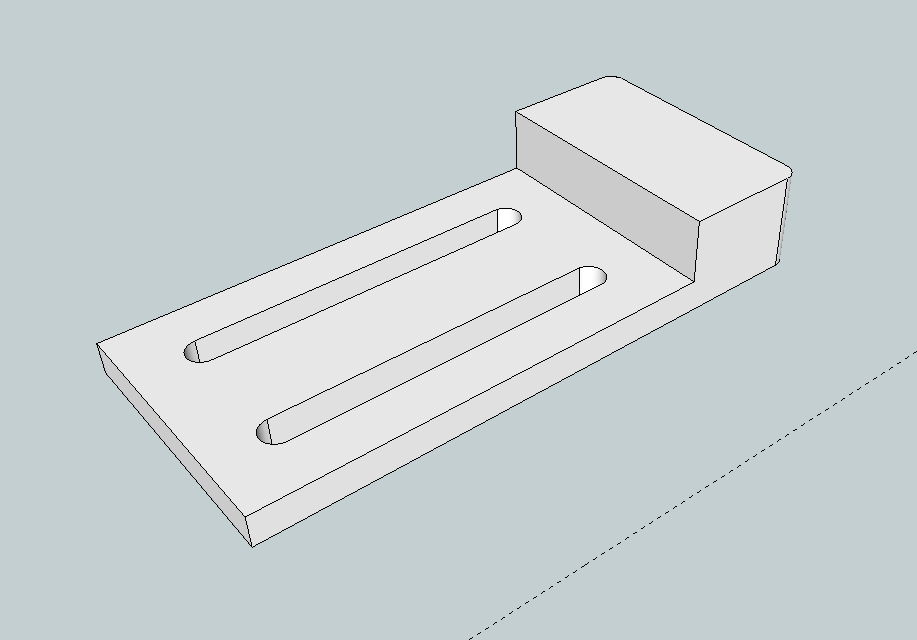 I have seen this video however I don’t have pro. Also I didnt see how to create two heights on the part.

This video is for Aspire, which is also made by Vectric. I imagine the same steps apply.

I have Vcarve Desktop. What I have done is just import into Vcarve as a 3D component which I can then carve like an STL file (rough cut followed by detail cut)

I just discovered that if you drag the SKP file and drop it on your Vcarve Desktop screen
A sketchup File Import form will open up that allows you to import the file a vectors. I had thought only Vcarve Pro supported did this. 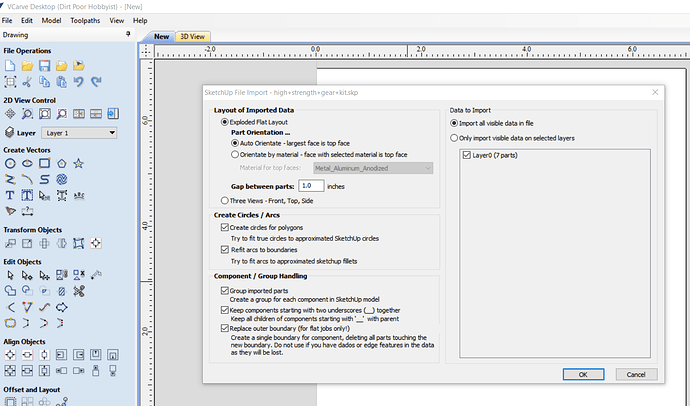 If you’ve imported your sketchup design as a component into VCarve, then you should be able to tell it to create the tool[aths necessary for cutting out the object.

With a design like above (the hold down), I would just do it in V-Carve and cutout the step of importing altogether. It is just a couple of basic objects. I am a big fan of making it as simply as possible.

What I ended up doing was saving my sketchup file as a model. Opened vcarve and drag and dropped it in like @AllenMassey had suggested. I then clicked the 3 views under the Layout of Imported Data. This gave me a full view of the entire piece with side and front views in the 2D tab. From there I deleted the side and front views ( dont really now if this was necessary) and ungrouped the main part. This then gave me the ability to create the part and proper tool paths.

When turning sketchup into something Easle can use I found a flat layout is best then tell the computer your material thickness then cut it to final and rout the holes but export as flat svg out of sketchup. Fastest imo for a unit like that.