Slide bars (Scroll bars) are not working in Easel anyone else having issues this morning?

I also am having this problem today, using Firefox 57 on Windows 10. I don’t have Easel Pro though, just regular Easel. I’ve been using the arrow keys as a work around so far.

Same issue for me, it’s a little bit difficult to work without them…

Using Pro and has never been an issue? Now no bars are working.

I am having same issue. I called Inventables and they are looking into it. 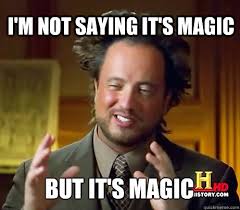