Hi everybody. New user here.
My son and I just finished assembly and wiring. We are going through the calibration stage now.

Can you easily spin the x axis screw? And can you move the x axis by hand? Chances are it is a mix of eccentric nuts and your calibration pots for the motors. As for the spindle always spinning… That is odd try turning the switch to off does it shut off?

I had the same issue in regards to the binding but on my Y axis. Seemed to happen more often the further I had it travel. I adjusted the eccentric nuts, making them a tad bit looser and that seems to of corrected the issue.

the belt might be slipping, had the same issue. found a fix here on this site… basically what you do is take a piece of heat shrink and put it on the two ends of your GT belt where you have the two clips… start with the left side where the clip butts up to the plate. then on the other side do the same…
make sure the tight and inset into the belt grooves (as stated in the build instructions). when you get it so that the bolt just passes though the hole and you can get the nut on… heat the heat shrink to hold the belt loop tight… then you can make the adjustment to tighten the belt…
This will ensure that the belt will not slip as you are running the machine… this also works for the Y axis. 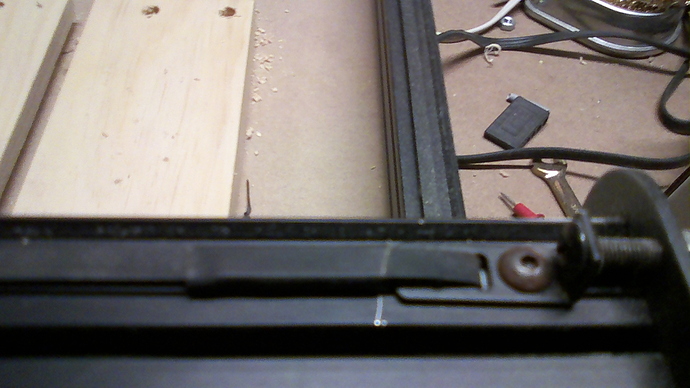 +1 to JohnSheak’s recommendation but in my case I had heat shrink on my belts so I know the teeth weren’t slipping. This is what pointed me to the V-Wheels/eccentric nuts.

You can use zip ties if you don’t have heat shrink, it forces the teeth to stay meshed. They might be easier to remove after your belts have their initial “stretch.”

On the Z axis, you really need to put that lead screw in your drill and run the delrin nut up and down the shaft many, many times to “break it in.” The dry lubricant used on modern bicycle chains also helps.

I may have misunderstood what you were saying as far as the “slip” you were getting.

the other thing you and check… is there any dings or bad spots on the maker slides that could binding the v-wheels. or is the slides square to each other… racked or off level… ie. could the z-axis plate be binding up as it travels across?

Thanks everybody. So loosening the eccentric nuts helps with the movement. However I still have issues with the z axis as well as the spindle spinning on its own.

Third is the whole unit supposed to sound like this?

Here’s a video of the z axis trying to calibrate. The spindle tries to turn when I press the cursor. I am not an electrician or know anything about electronics but it almost appears as something might be cross wired splitting up power to both z motor and spindle

One more with a photo of my wiring. 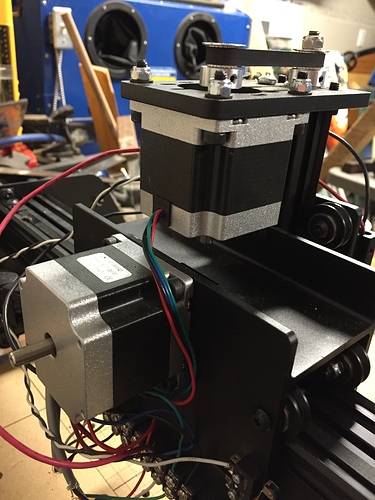 Looks like you have the red spindle wire connected to the wrong terminal. The spindle wires should be connected to your zip wire, but I can’t quite see where that is. Can you take a picture of the terminals head-on?

Looks like this guy’s issue is actually different than mine, but yea, there is an offset of less than 1mm, but that’s enough to cause enough torsion for the delrin nut to bind with the rod 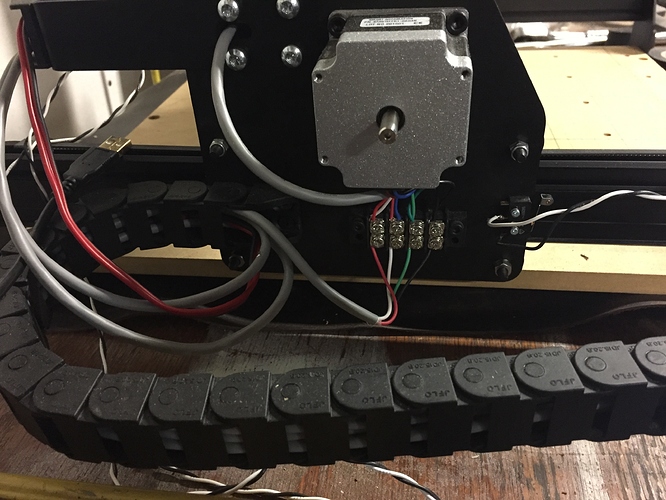 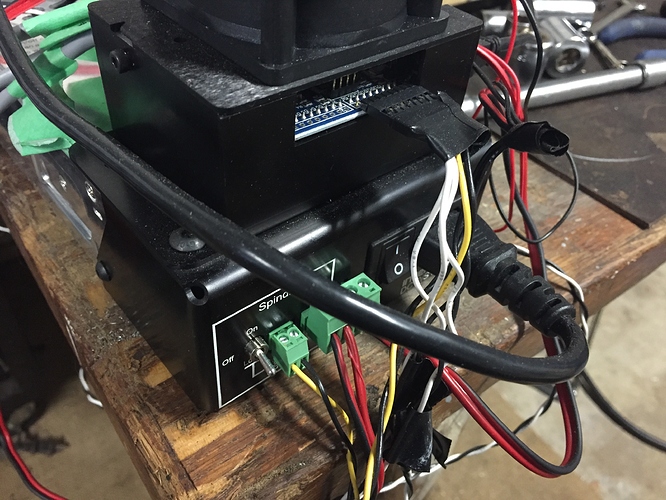 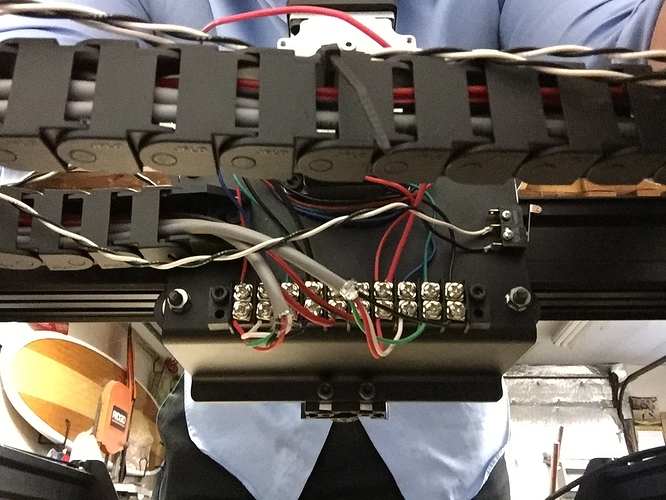 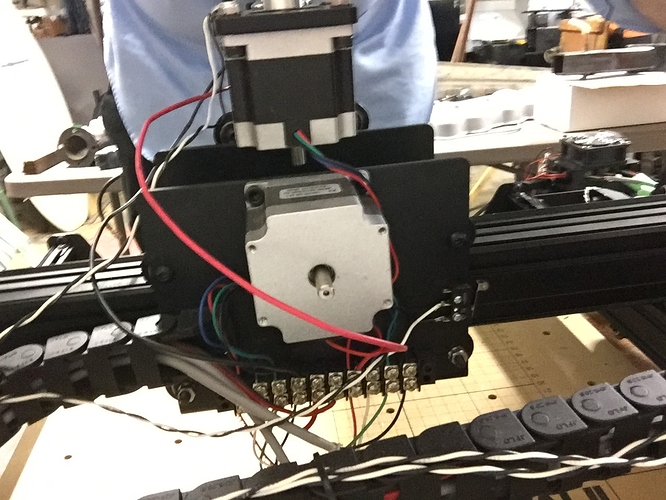