Sloppy inside corners during vcarved inlay

Hi, I’m having an issue with my v carved inlays that has me stumped.

As you can see in the picture below, the v bit is taking extra material away from every inside corner. This only happens on the male inlay piece. The female base inside corners are all cut cleanly. 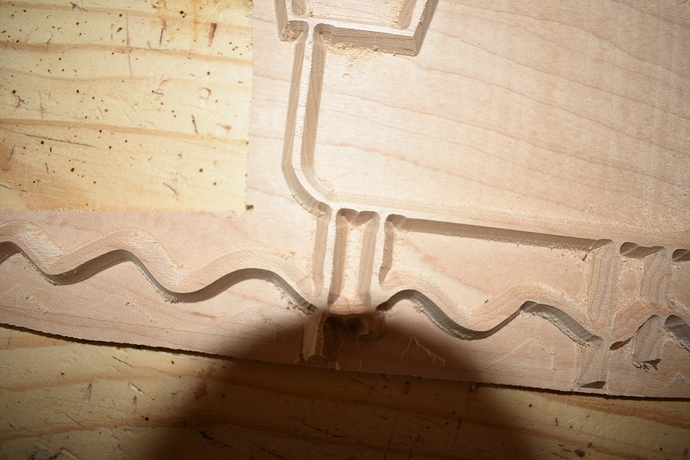 This results in gaps in the final project. 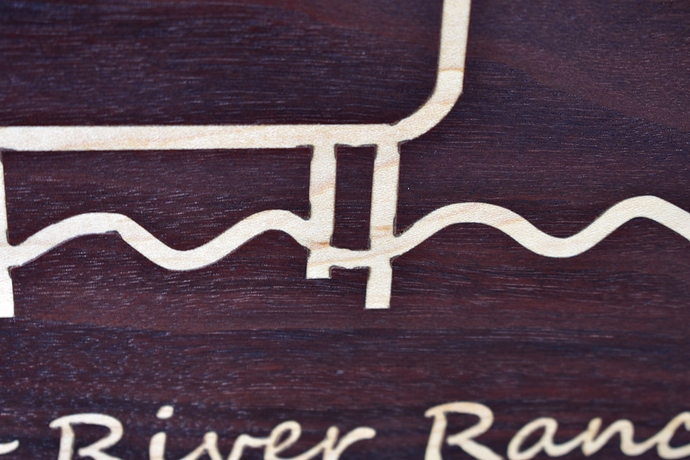 Does anyone have any troubleshooting tips I could try to resolve this?

I suspect that you have some vertical play in your Z axis. When X and Y travel slows or stops it lets Z fall a little bit creating those rounded inside corners.

That play should be obvious right? I checked the machine again and I can’t find anything beyond what I’d consider the normal flex (which is so small I can’t even tell what’s flexing). All the wheels are properly tensioned.

You could be seeing your zero too low. This is a common issue with v-bits that have a flat tip.

So I’m using a standard v bit, 60d with a sharp tip. I tried 2 from different manufacturers. Nothing fancy here. I don’t think it’s a bit issue. I’m setting z0 using the standard inventables probe. If this was an issue with a non flat or slanted stock or waste board then I should see more variability in the amount of corner bite. I could try setting z0 using the triquetra instead in UGS. Maybe the thickness of the inventables puck probe is off relative to the zeroing script.

… but really if the zero was off due to the probe, that shouldn’t be causing this problem. All that should be doing is causing the overall depth of the male inlay piece to be off relative to the programed depth in vcarve.

After spending all afternoon running tests, I figured out that the bites were being caused by climb cutting. When I run the program set to use conventional cuts the male inlay piece comes out perfect.

Any idea why this might be the cause? I’m guessing the climb cut is causing deflection in the bit or maybe the entire router? I can’t feel any play when I try to rotate/push/pull at various points of the router and housing. I’m using the makita router with a pvc spacer along the whole length of the housing. The clamping screws are down tight and augmented with threadlocker.

Is this a feature yet to adjust between climb cutting and conventional cutting? I am getting the sloppy cuts as well and cannot seem to get correct alignment. 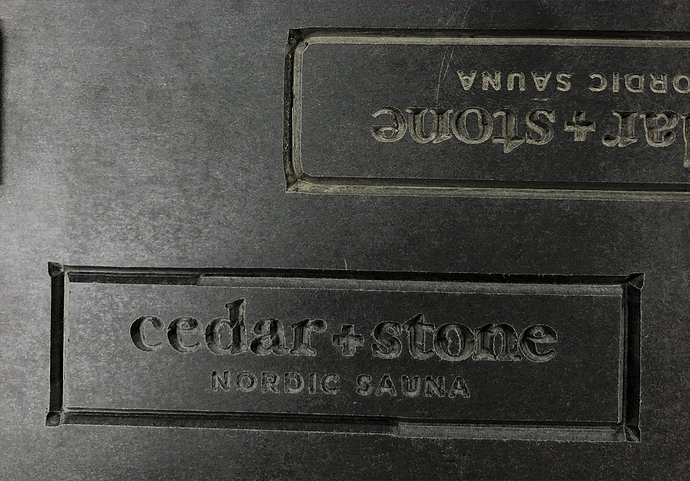 How did you adjust between the conventional and climb setting? I am having the same issue and it is driving me nuts

Hi Joel,
I am unable to locate any setting to adjust between the two and was even wondering if this was an available option yet. @Zach_Kaplan

I suspect Joel is using another software to create tool paths.
Possibly Vectric or F360. They provide many added options.