My wife and I have been slowly chipping away at the X-Carve the last few nights and this is our progress! 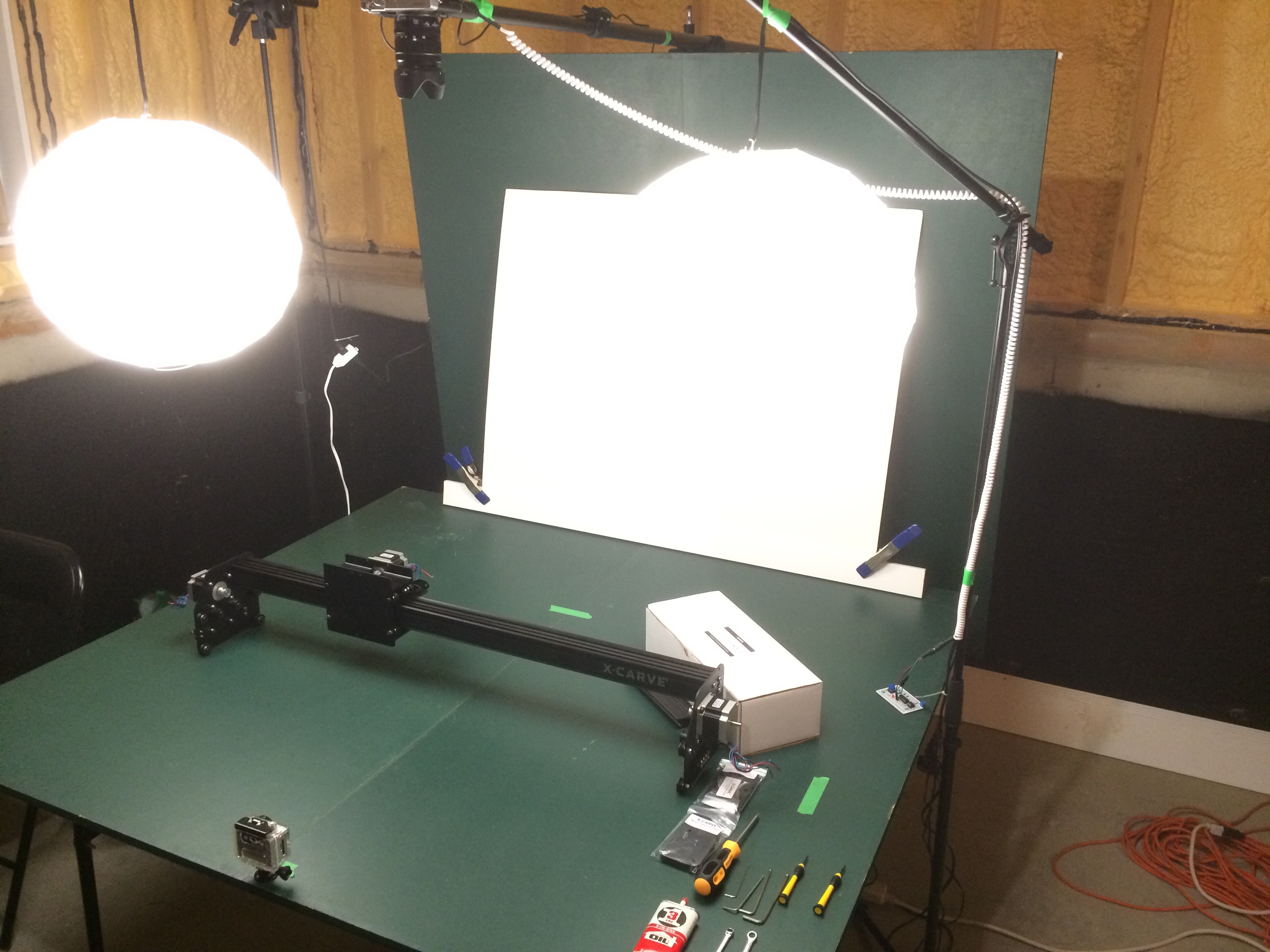 Between building a giant deck and looking after our daughter (11 months), we haven’t been able to dedicate a crazy amount of time into this. We’ve probably only put about 3 hours total in, but it’s coming along!

Quick question though for anyone who has already set up their machine, when it comes to tightening up the back makerslide there isn’t any mention of how one should “adjust” it. By this I mean, since that makerslide is in slotted holes, it can move slightly, any tips? I think I got it on there correctly, but just want some more insight, thanks!

Also, I haven’t adjusted the v-wheels on the X-Carriage yet, but when I slide it along the rails I can hear irregular metal on metal rubbing. I’m thinking this should go away once I adjust the v-wheels but not sure.

looks excellent. another pro tip is to ensure the Y carrage slides evenly across the rails squarly. easiest way is to slide them all the way to the back as far back as it will go if one side is off of square just push each side near the ends and it will square them up. hopefully that makes sense. ive had to do this a number of times due to the known loose belt issue. zip ties ftw.

Ya this is the method I used. It seems like the front top v-wheels are off the rail ever so slightly, but this could be credited to my “work table” (old ping pong table) isn’t the flattest surface.

yeah i need to fix mine as well. either the floor or the legs are not quire square.

i see your setting up some cameras. I have been toying with the idea of adding cameras to either the Z carrage or several so i can remote monitor during big jobs. thoughts?

if the front top wheels are off you probably need to tighten the eccentric nuts on the bottom wheels. unless off course as you mention your Y rails are way off because of your work table

I’m attempting to put together a time lapse of my assembly so I have an overhead camera and a GoPro going.

I thought of attaching a GoPro to the spindle mounts to make some videos/time lapses of projects, not to much thought of remote monitoring, but wouldn’t be a crazy idea!

Ya, I’ll have to fiddle with it once it’s all together and on a level surface. I don’t think the rails would cause this issue because the slots are in the other direction, but I’m probably getting ahead of myself and once it’s on a good surface these things may rectify themselves.

Did try it with my old Hero2 with a WiFi back so I could adjust the shot using my phone a viewfinder.

Only problem was that the workpiece/spindle bit was closer than the minimum focus so appeared out of focus. Get it far enough away to be in focus then the object of interest is tiny.

You might have better luck with a later GoPro using the options to narrow the field of view though.

I didn’t have the WiFi back, I just borrowed this one from a friend to see if I would like it. I can see how that would be helpful.

If I do purchase one it will more than likely be a new one, but we will see how it goes!