I am currently using my Mac Mini computer to control my x-carve. My 1000mm X-carve sits on a rolling table that I can move around the garage. I have built a small cabinet underneath to house my Mac Mini and all the compnents that run the x-carve. I have the pre-Xcontroller model. I have also installed some fans with dust covers from AC Infinity Fans (which are amazing by the way) that keep air flowing in this small cabinet around 75-80 degrees in the hot Alabama summer.

Which brings up my question - I bring my Mac Mini inside the house when I am not using the x-carve. My garage is not conditioned and it gets pretty hot and humid out there. Also I use my Mac Mini as somewhat of a main computer when I use Illustrator etc inside.

If I purchased another, probably used, mac mini; Would it be okay to leave out there in the garage all the time? 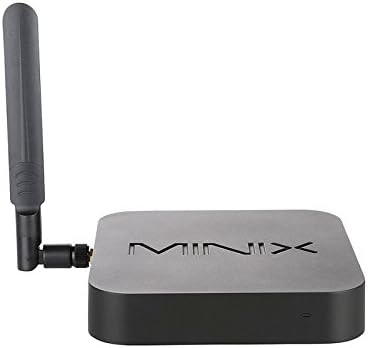 Are these kinds of computers okay to leave in hot and humid conditions when not being used? Would this mini PC even be able to handle running the X-carve?

Any help on this would greatly appreciated. I am just kind of tired of moving my computer in and out and would be willing to purchase something to keep out there permanently if it makes sense.

thank you very much
Kevin

We live in a place that doesn’t get particularly hot, but it is often damp. Outside temperatures get as low as about -3°C in the coldest days of winter, and about 30°C on the hottest days of summer and it rains on probably half the days of the year. I currently am in the same boat as you, bringing my laptop in and out for carving, but I intend to get a cheap laptop to keep in the workshop all the time. Our former-stables-turned-workshop isn’t climate controlled–it’s not even insulated!–but I have no qualms about leaving the laptop out there. The XController (and your Arduino version) is a little computer. I figure if it can be out there, so can a laptop.

I bought a cheap used Dell, a monitor stand and attached an old 4X3 monitor I had laying around. This type of setup is often used by retailers at the checkout counter. I can carry it out of the basement if I want to work more comfortably upstairs. I call it my Shop Computer. You just don’t need that much computing power to run a CNC or Vectric.

I don’t worry about it sucking up dust. It seems to be fine. It’s easy enough to blow out with a compressor if needed. 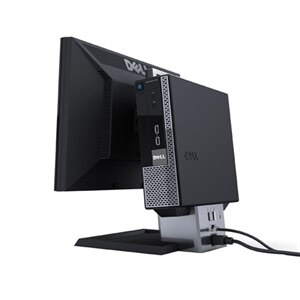 Thank you guys for the responses. But I am not really worried about dust as much as I am the actual heat that the computer will be sitting in.

And it looks like that mini PC will work just fine. It certainly has the horsepower. I run mine with a 10/yr old Mac mini.

Minix doesn’t list specs on the max temperature so it would be anyone’s guess. The cnc software doesn’t cause continual high CPU usage so that won’t heat it up much. Humidity isn’t an issue with most computers in the conditions you would have the Xcarve in. I am running a 10 year old Dell laptop and it gets 95 degrees in my garage where it is most of the summer.

Do you leave the laptop in the garage all the time?

I leave it in there all the time with it running but screen locked.

I appreciate everyone’s response so far. Does anyone have any experience with a mac mini being used in there garage shop?

I’ve used a 10yr old Mac mini with my XC for the past 2 years in my basement. Works like a champ, but like any computer with a fan, if there’s dust and debris floating around it’ll get sucked in eventually. I think your filtered cabinet should be just fine with the mini.

I have experience running Mac mini’s 24/7 in exhibitions, inside a table top. Never had any issues with temperature. The exhibition spaces are often not air conditioned, the warmest has been a show in a temporary event tent setup in Abu Dhabi UAE.

A quick look at a 2017 Macbook lists the same OT only ST is -20C instead of -40, maybe due to the batteries in a laptop? You might want to look up the specific OT & ST for your model but I’m pretty sure it’s in the same ballpark.

So 75-80F should be within the OT. And with those light workloads I wouldn’t be worried. There are also safety measures in place where the computer will shutdown when overheating. You can also install iStats to monitor the internal temperatures of the components if you want ease of mind.