Is anyone else having Easel showing two different projects? What happens is this: Project made on Mac desktop. Open project on windows laptop in garage and formatting is different. The project on the left frame(the one where you edit) looks fine but the right frame (the one that shows the tool paths) is askew. The project is not completely on the material or is off-centered. Then when I “show tool paths” a second image appears reflecting what is in the left pane over the off-centered image. This new image will be the one that’s cut.

Second thing I’m seeing is that the newly added fonts (script) are not available on my laptop. It’s a new laptop with windows 8.1.

Also, using Internet explorer for my browser. Haven’t tried another yet.

Give Chrome a try, its’ been know to be the best for Easel

Hi @CoryMccormick, what is your work area set to in the Machine menu?

Picture is worth a thousand words: 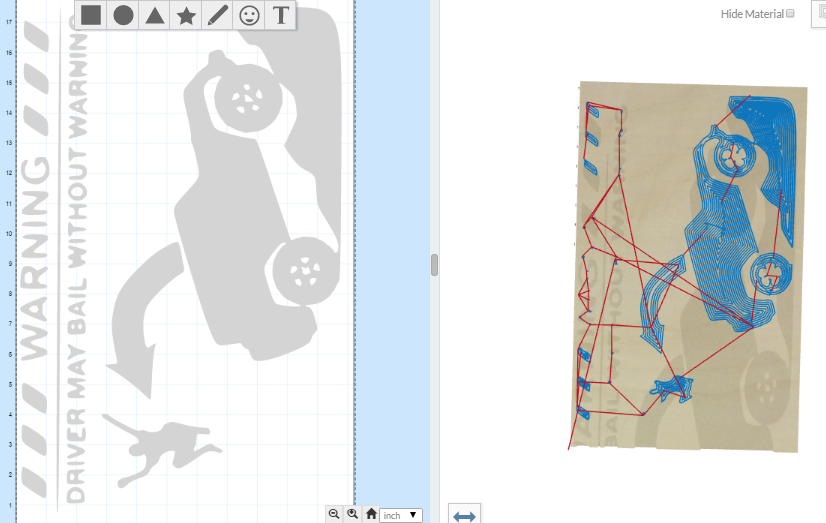 This screen shot was taken from Chrome although it is the exact same thing in IE.

Material and machine settings are identical.

Hi @CoryMccormick, this was a rendering problem in Easel that occurred when the machine work area was rectangular. We just pushed a fix, so the preview should draw correctly now. Thanks!

Wow, that was quick!