I am in the process of completing my homing switches but met an obstacle I haven’t been able to search my way out of.

I have three limit switches, placed physically top//rear/left and wired as NC. Continuity test is all good. The three switches share ground and connected to Arduino GND individually to the limit pins.

With $5=1 (typical for NC config) the Z lower itself a fraction before throwing Alarm=8
With $5=0 Z raises but is unresponsive of switch trigger.

I have included a screenshot of my GRBL settings: 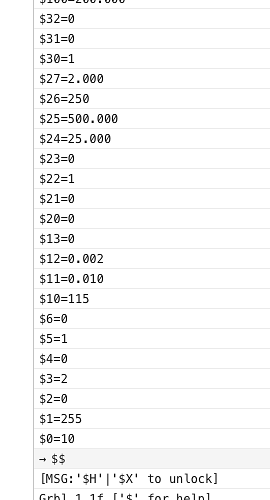 wow… I had no idea the pinouts were different. I must’ve just lucked into things.

The pinout is basically the same but with a few changes from 0.9 -> 1.1 and Z-limit was one of them 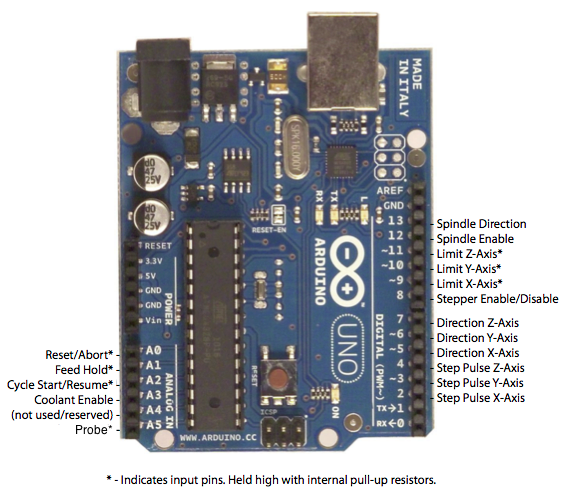 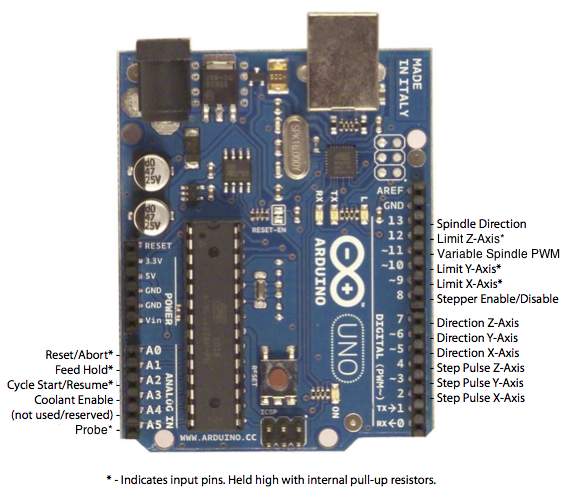 The pin change was between version 0.8 and version 0.9.

The top picture above is the version 0.8 pinout.

The Xcarve was never delivered with version 0.8 so most folks are ok.

If I have 1.1f with $10=115 could I have problems? If so like what? I started having problems with my probe and home limits. Today I upgraded to 1.1f but I don’t really know if I was already at 1.1f or an older one. Thanks!