So i’m runnning UGCS on linux, the program loads fine, it connects to the machine in the text and al. But when I try to jog the machine or anything nothing happens, no movement on the machine at all. The machine moves in easel but there is no lnux support for easel so I can’t use it on my dedicated PC. Any help?

UPDATE: I get this error when trying to load a file:
“Error while starting file stream, GRBL has not finished booting”

Make sure your starting it using the sudo command or root.

Also you have to set it to the highest baud rate

This solved it, thanks!

how did you solved this issue? I have same problem. 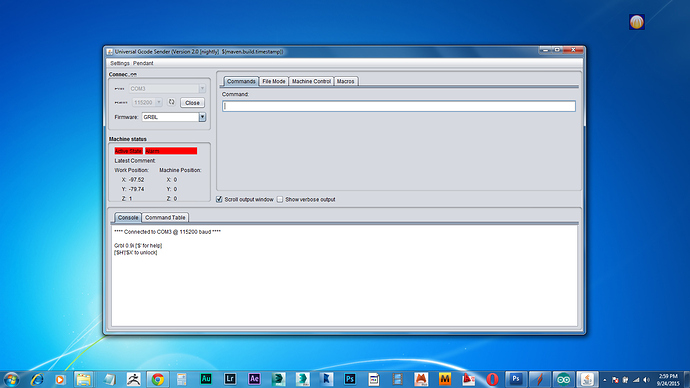 I was on the wrong baud rate. That screenshot looks fine, just send a $X to rthe move the alarm