[Solved] Z- Axis No longer showing at the G-shield

Last night once everything was hooked up I ran some tests and found that there was an issue with the z-axis. When I would press up it would go up then I’d press up again and it would go down? I checked all the connections and found that it was possibly a loose wire at the g-shield so I turned off the machine re-attached all connections for the Z axis in the g-shield and now i get no light and the Z is unresponsive. Any help would be great!

So far I have taken out and re-wired all the wires from the motor to the terminal and the terminal wires going to the g-shield with no change. I pulled out, stripped, rewired the Z at the g shield as well.

I also hit the reset button on the g-shield with no help.

Pulled g-shield off arduino and re-connected it to ensure a tight connection.

All other Axis are running fine so far as I can tell. 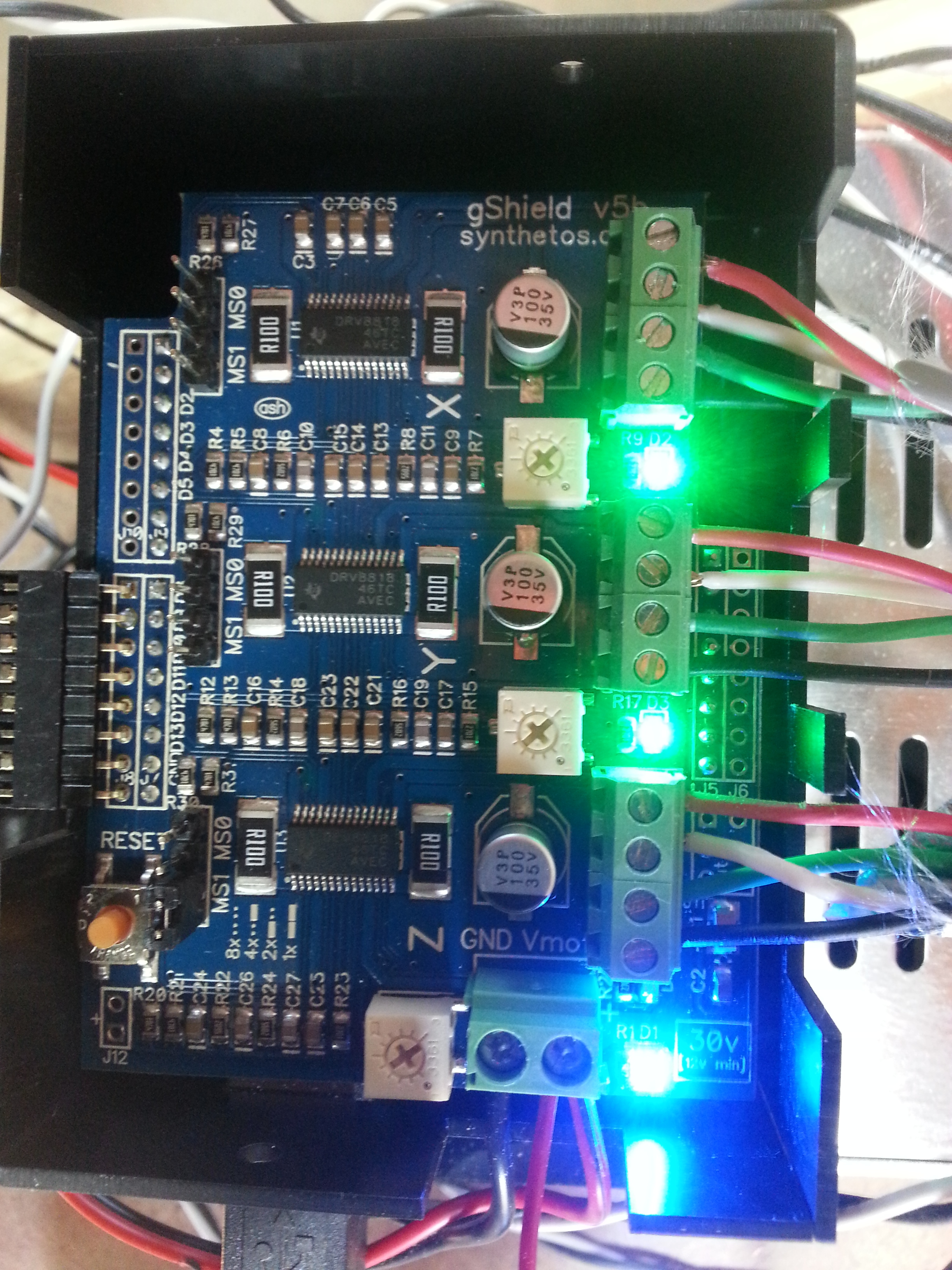 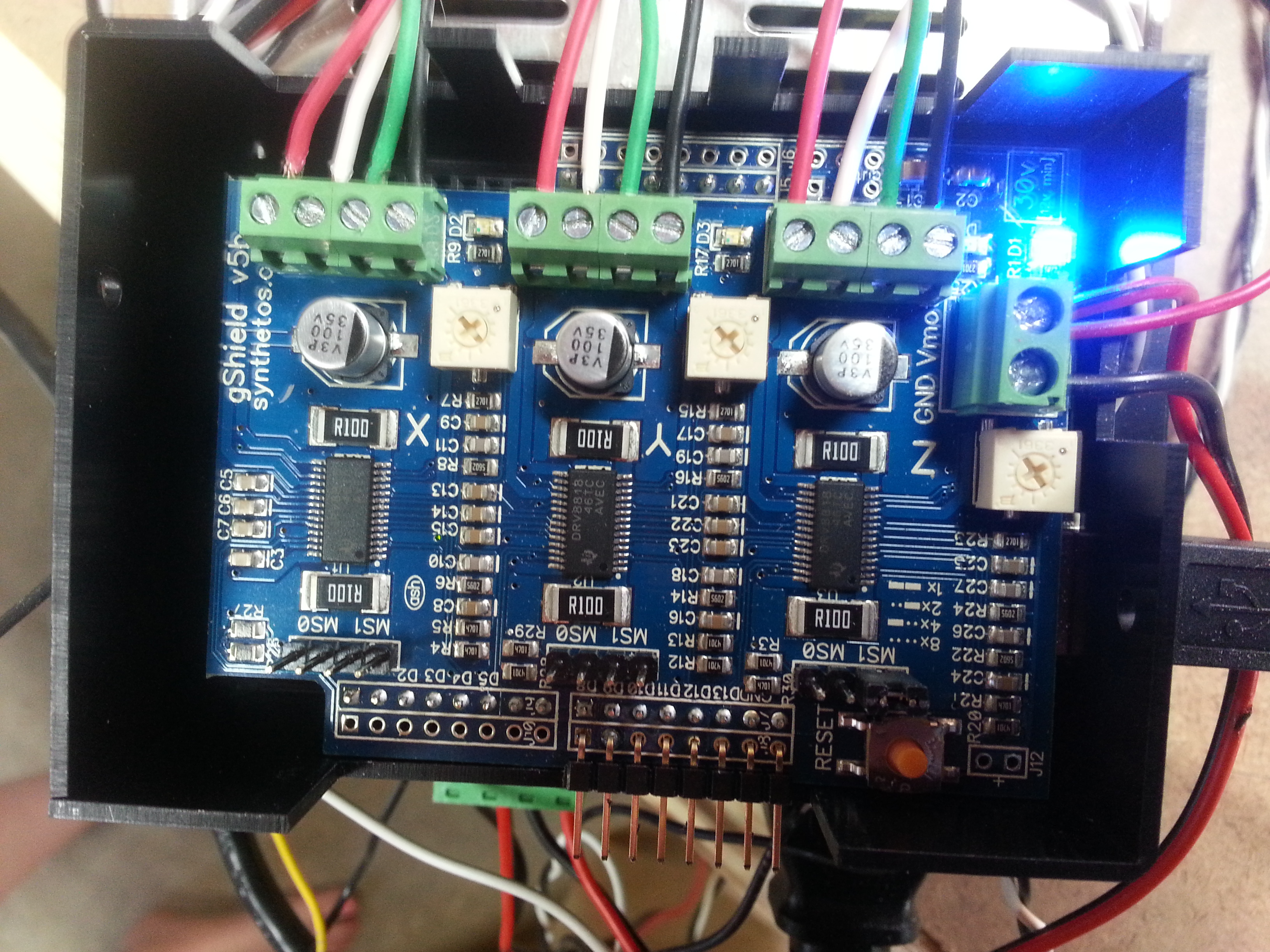 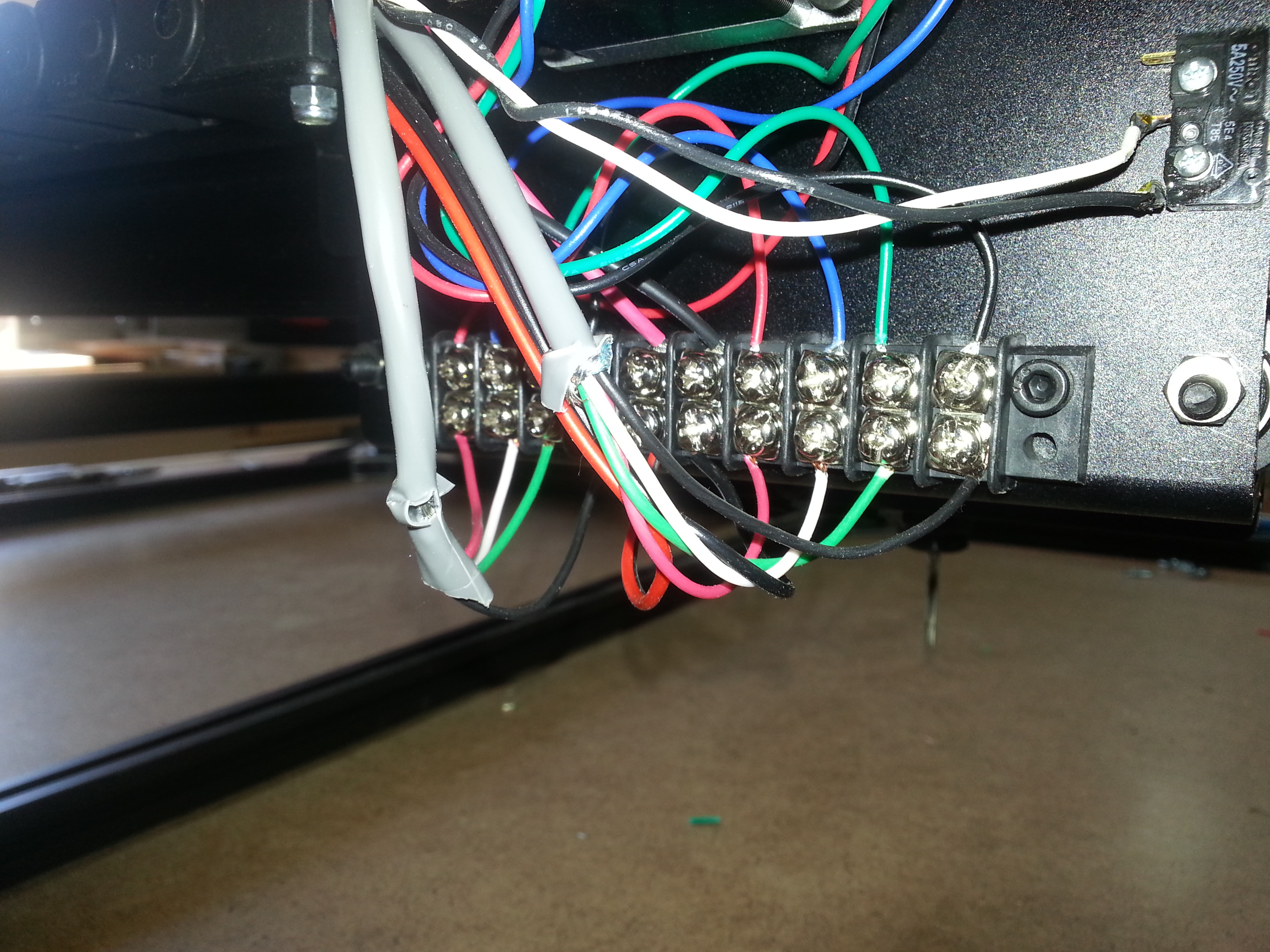 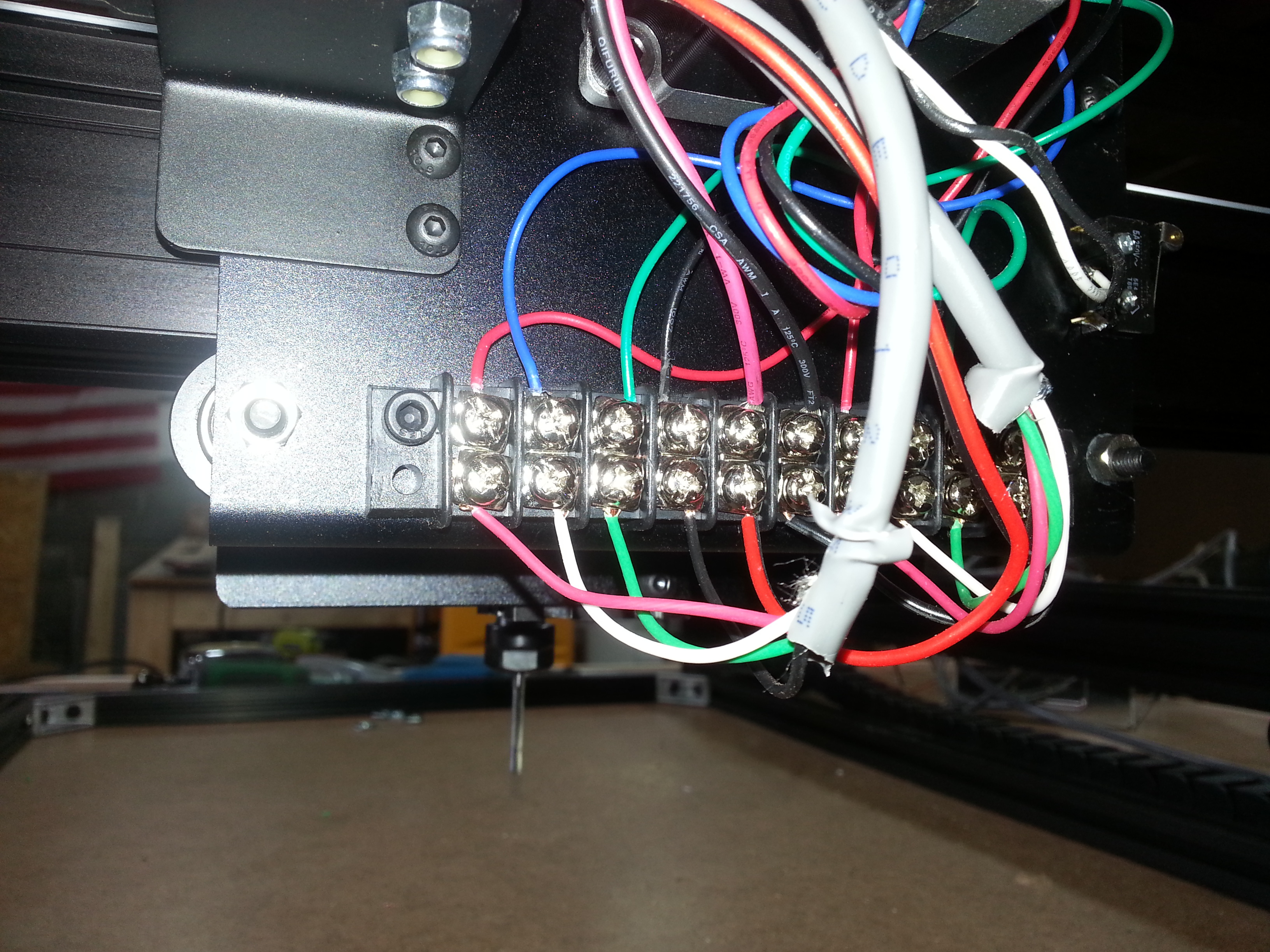 Hi Travis, try talking to help@inventables.com - might be an issue with the g-shield, in which case they would replace it.

Just sent an email, thanks.

It is deffenetly somehting with the G-shield because I went back and hooked up my z axis wires to the Y axis slots on the G-shield and that moved the Z perfectly.

I am having the same problem

Email inventables and fill them in, if they determine its the same issue I’m sure they’ll send you a replacement part.

@TaylorCampbell are you able to plug the Z into a different axis and have it light up?

it was a wiring problem
all good now

This just happened to me too more or less. Z stopped responding mid-job and would neither go up or down…I could see the pause in X/Y motion where the gcode was waiting for the Z up to safe height, then the next XY motion would drag the bit right thru the part. Just foam so no damage to anything but the workpiece (and I can flip it and use the other side once I diagnose).

So far just confirmed the machine wouldn’t jog Z either way (no motor sound or belt twitch even, so not the pulley setscrews). Either my wiring got loose, motor dead, or gshield z axis driver to blame. Will diagnose by swapping out Z for another axis and see if it can get it working (and similarly see if Z-jogs move another axis) and go from there, but probabaly not until later this week.

Finally got to diagnose today. Z will not respond to jogs at all, although wiring rings out fine with multimeter between screw terminals on carriage and my own breakout terminals right in front of the electronics assembly. GRBL Z-axis light is on.

Oddly if I swap Y and Z axis wiring, the Y GRBL light - now connected to Z - goes out!. However in that wiring config the Z axis will respond to jog commands from Y thru Easel. Z axis jog commands no longer move Y.

Swap back, all 3 lights, Z won’t move. So for sure seems like Z stepper drive is failing since it can’t push anything thru either Y or Z wiring and motor. But the Y light going off when hooked to Z might also point to a 2nd issue such as weak/partial bad Z motor…perhaps what caused the Z GRBL path to fail in the first place???

Additional diagnosis suggestions welcome. I’ve emailed inventables support as well and will post updates as to their recommendations too. Based on all the positive feedback on them in general (as well as my own experience so far just from how well the assembly and parts shipping were thought out) I’m confident they’ll get me back on track somehow.

The green LEDs can be on or off in normal operation. You may have the current limit set too low on the Z stepper motor driver. Since two of them work, take a look at the setting of the potentiometer on the gShield for all three driver chips. Are they set at similar locations? Is the Z axis pot much lower than the other two?

Thanks for the reply. I really don’t think current too low on Z could be the case since I’ve run a few jobs first fine, and it totally fails to move now period. Missed steps, sure. Totally not responding though?

Good to know about lights not necessarily being on during idle. I know they flash when getting new commands in operation. I thought with power on, correct wiring, and no commands they went all on though.

Ok, maybe the current limit is too high. You could be seeing thermal shutdown.

At this point it is beginning to look like you have a bad gShield.

Current has never been adjusted, any channels. I did upgrade my wiring on all channels to 14gauge from the supplied 16 gauge (or is it 16 from 18? whichever), so I should have less Vdrop and resistance than most. Test was done just using jog commands after newly powering the system - everything was cold.

I too suspect the gshield (just realized I keep calling it the grbl, but that’s the language isn’t it? drat), but appreciate the input re: other possibilities.

Can you post a picture of the top of the gShield showing the settings of the potentiometers?

grbl is the name of the firmware that runs on the Arduino to decode and execute G code instructions.

I am having this same issue and after many test believe it is the gShield. I emailed customer support for a replacement unit.

Got my replacement Gshield last night – extremely happy with rapid turnaround from Inventables. Will install this weekend and report back if I’m fixed.