Some projects start fine but then not deep enough

Hey everybody, I just got an xcarve a few weeks ago, ive made a few successful projects but also goofed some…my issue is sometimes after its starts off fine it will I call it ghost carveing, it will go through the motions but not make contact for a couple passes. seems mainly with text. I just cant pinpoint the issue. Can anybody point me in the right direction, thank you in advance and your patience with my description/

This is the most commonly reported issue with the new xcarve with the taller z axis, and i really wish inventables would update the manual with a better explanation and examples of the more common mounting heights…

You’d want to ensure the z assembly is not mounted too high as that can effect the cnc reaching proper depth.

Theres a brief note in the assembly guide about this issue and the possibility that the z axis assmebly may need to be lowered.

I suggest jogging the z down until your shortest bit (usually a vbit) touches the wasteboard, if the z bottoms out before the bit reaches the wasteboard than the z axis assembly is too high and youd need to loosed yhe 4 screws on the back (that you had installed to attach the z to the gantry) and lower the asembly until the bit touches and retighten them… 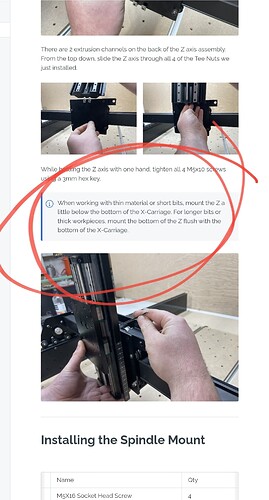 Oh alright ill check that out. It justconfuses me because some projects didnt do it. One project did everything around the text but the text barley touched the material. Thank you for the speedy response ill cheack that asap. Back to work tomorrow 12 hour shifts so i gotta make some time. 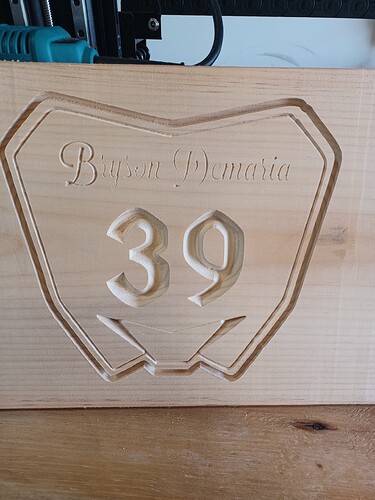 heres a pic if that describes it better

It almost looks like your bit is to big to get all the detail.

i thought that too… i think you might be right. i gotta learn how to do 2 bits i think but im a little nervous about that. Also i thought it would attempt it and just cut too much out why not go deep enough. I appreciate your input.

When you hit the simulation does it show it is carving everything or does it show the hit and miss like the way it carved?

I may have borrowed your photo to use as an example in this video which I think explains the issue and fix fairly clearly.

I’d appreciate it if you could let me know whether it does explain the issue and if doing the proposed fix actually fixes your issue or not. 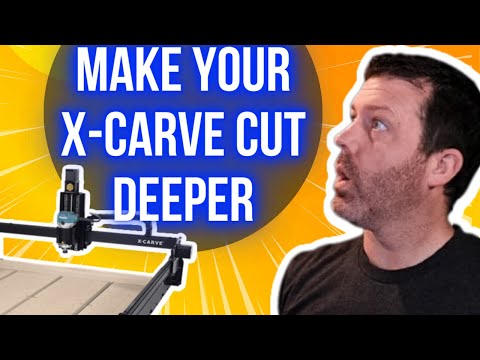 Hello sorry I took so long to reply but its been a long week. i did manage to make your suggested adjustments and it worked great. I also used a smaller bit for the lettering. I think both suggestions helped. Thank for all your help. 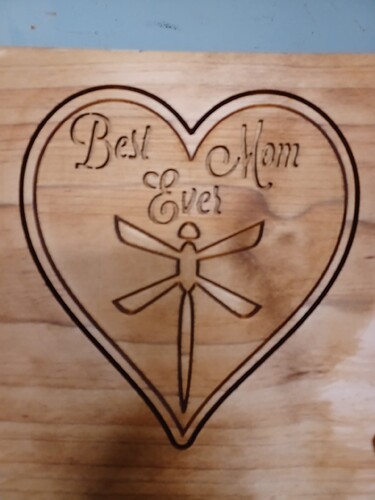 I had that exact same thing happen with a project of mine. I had no idea what was the problem. When it finished, the lettering, and details of my carving looked faint just like your lettering.