Is there any way to get a inlayed star with sharp point using Easel. the current inlay “App.” will do a star inlay but is has rounded corners

Ooopps. Sorry. Did not see inlay. You will need something like Vcarve Desktop to do it

I think it could be done with easel pro in a V bit. you may have to trick it a little bit to get the depth of cut right for a good fit

Unfortunately it’s not part of the Easel app. Vcarve does

I know Easel Pro does not have a V carve inlay app.
That is why I said you may have to trick it to get depth and fit.
Cut the female pockets as a standard v carve using Easel Pro.
Do the relief star as a standard V carve with Easel Pro.
Then run that again but with your Z zero set a little lower.
Just like it is done with the Vectric software.

This was done just as @MarkA.Bachman described, with Easel Pro. Walnut inlay in Maple. 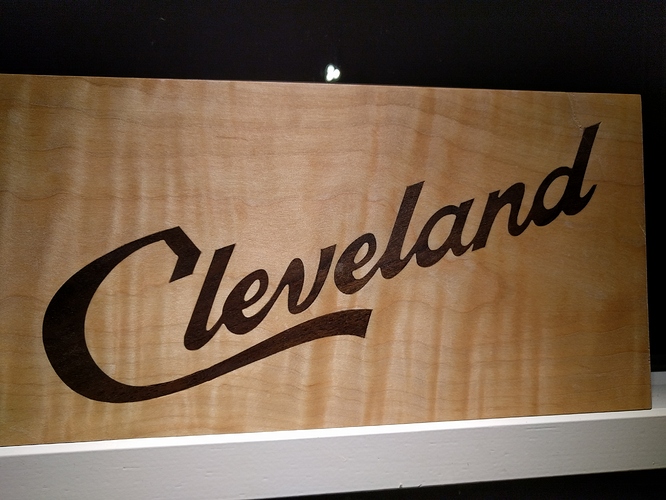 I know this was a year ago, but is there any way you can go a little more in detail of how you used the v bit in Easel to do this inlay?