I was trying to adjust my dust boot and found that i was able to move the carriage in at least the x and y directions (didn’t test z) by hand. $1 does = 255 so this isn’t the issue.

Since it’s happening across all axis (don’t know about z) I doubt it’s the motors.

I have the x controller

not a whole lot of force, I’d say a couple of pounds. It’s noticeable now, whereas before I never had a problem. I did adjust the pots a couple of months ago. How do you go about taking the readings for the adjustments. I’m familiar with the location of the pins (tp 1 - 6). However, setting up the multimeter for this application I’ve been blurry on.

This is what I am using. 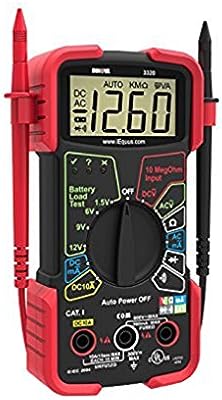 Another note, I did do some carving tonight with no issue (only some holes for placing some threading inserts for a jig which is another subject I think I’ll cover for anyone interested)

A final note, I was attempting a 3d carve a week ago and it went fairly smooth until the end where it lost position in the x axis due to being jammed by the bolt for the limit switch which made its way to the carriage. I looked things over and tested its movement back and forth which seemed fine. I attempted the carve again, this time losing steps and shifting its position over by about an inch or so.

I double checked (checked before when the jamming occurred), no signs of damage. This is also consistent regardless of location on the belt for both y motors and x motor.

The x controller powers back the steppers when idle to reduce heat. They shouldn’t be that weak. You can change the switch inside the xcontroller to turn this off.

As always, thanks everyone!

I’ll check this out, but after thinking about it, I’m worried something might be burnt/damaged from when it got jammed. However it did just cut fine last night, it just seems easier to move by hand now.

I am planning on tearing the machine down to do some upgrades. X rail, 269oz motors, and later the waste board. During this I’ll be redoing the wiring to clean things up a bit.

Ok, fixed this issue which is immediately followed by a new issue. While adjusting the pots and checking voltage, connection was lost and the com port won’t show back up. Doing a reboot now.

The only thing I can think is the probe slipped and may have touched a nearby circuit to the zref.

update, things are back up and running. not sure why my other machine freaked out but of course when going to reboot windows wants to update. On a different machine at least, things are working.

Well, it’s the usb port. think it moved at the correct angle right before or as I plugged it into the machine that worked. I tried it again on my normal machine and it was working, then stopped as I was closing everything back up. fooled with it for a while and finally found the “position” the usb plug needed to be in. Going to have to change the adapter (mini to b) I think. Going to test with a mini plugged in directly to be sure its not at the board first.

Any suggestions on alternative connectors? I’ve seen others talking about usb disconnecting if moved slightly.

I did not see this. I’ll contact them. Thanks!

Thanks for bringing that to my attention. The search terms I was throwing in weren’t bring anything up to those regards. Contacted Inventables and like the champs they are, they are setting me up with a replacement. I’ve experienced nothing but top notch support from them!