I am working on cutting project, and last night was my first time running my latest revision.

In the bottom of some circle pockets, I added some slots to be carved in with my 1/8in bit (the circular holes were roughed out with my 1/4in bit). For some reason, it seems like Easel is creating gcode to carve out that slot from the top of the surface down. I filmed the behavior, and I saw it consistently across all four of my circles in my design. Any idea why it’s doing this? It’s more wasteful of time than anything else.

Here’s a screenshot of the design. 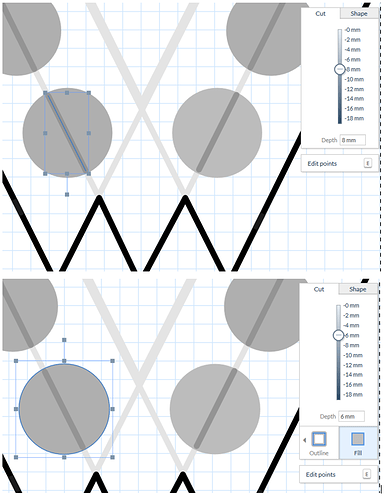 I’m not sure if Easel calculates the area that has already been carved out. I would venture to say that Easel does not know that there is no material there and your zero, being the surface of the wood, is what it is carving from.

I was wondering that, but if it’s already performing the roughing operation, shouldn’t it know that already?

It carves each area/depth independent of the others as if it’s not even aware of each one. Yes, it’s very annoying to watch it air carve. Easel isn’t programmed to ‘know’ that objects overlap and when they do to ignore previously carved areas. But hey,…Easel is free. You get what you pay for.

Hi @ErikHelgestad,
Could you please share the project? I will have a look.

@RaulFuster,
We do calculate the area we already carved out. However, there are scenarios in which our logic does not handle that well. We are constantly improving it.

@Ruwan Thanks, I’ve sent you a message with a link.

We do calculate the area we already carved out. However, there are scenarios in which our logic does not handle that well. We are constantly improving it.

If that’s the case, I’ve never seen it behave that way. I don’t have a project handy to illustrate, but I’ve experienced exactly what Erik has mentioned numerous times.

Ive also had on issue with this. I will post the Easel file. 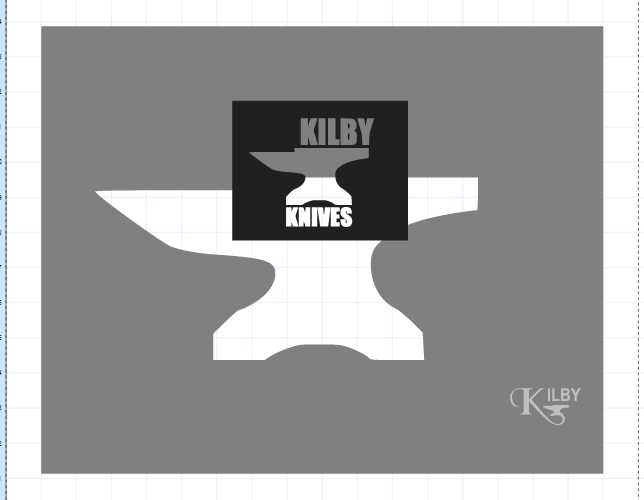 The same "air cutting’ occurs in the second work space on each of the small anvils when carving the detail pass.

I am wrong. What was happening with mine which was frustrating was that during the roughing pass it would go around the path of the little anvils. So on the first part of the roughing instead of clearing out everything except the main logo in a structured way it actually created paths around each of the anvils. and cleared those to the same 1/8th as each object.

So instead of clearing everything out to 1/8" and then go back to the rough out the little anvils to 3/8" it created all sorts of extra paths around the anvils on the 1/8" rough out. Just a ton of wasted movements.

Sorry for my confusion.

@JuanDeLaO, I see what you mean. We have not noticed this before. I will update you when we identify a fix for this.

In my initial response, I was referring the extra movements in the detail pass. They shouldn’t be there. We will fix it.

However, your next response I see you are talking about extra movements in roughing.

Given second clearing pass is going to carve the openings of each little anvil next; the first surface pass excludes those openings. We do this to minimize unnecessary movements.

Probably you can change the depth-per-pass to do that. However, the second approach adds one extra clearing pass.

Awesome on that part Ruwan. My second comment relates to the two images in the roughing pass.

I just assumed that while it was roughing down to 1/8" the cut paths would look more like the second image rather than all the extra movements in the first around the anvils. Since all that area is being cleared to the 1/8" It shouldnt create the paths around the little anvils like the first image shows it does. 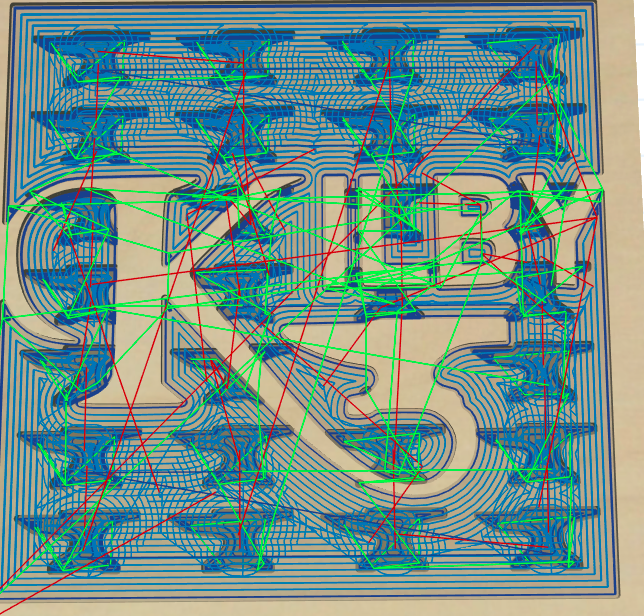 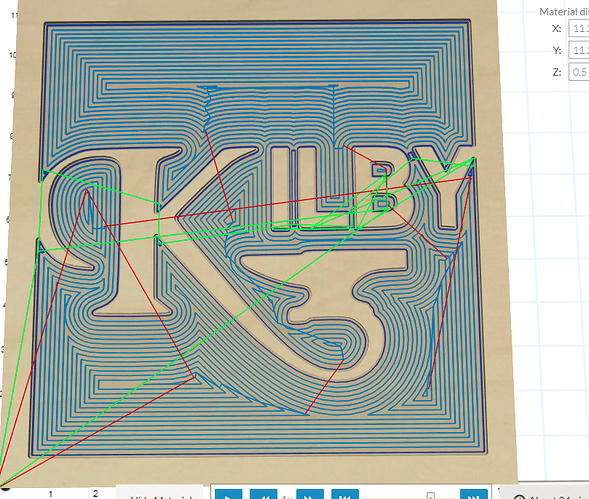 Any updates on this @Ruwan?

@JeffTalbot Any idea if some of the issues commented above are being investigated?

Hi Juan,
I agree with you. If we ignore the hole, it would be simpler and take less time for the carve.

Please have a look at the roughing toolpaths of the following example project.

For triangle if we follow the above approach we would definitely save time. However, for circle, we will be increasing time, and also it would be carving in the air for a larger region.

Determining when to ignore a shape is a challenge. Ideally, during roughing we could ignore the triangle and consider only the circle to avoid “carving in the air”. We could look for a way to identify skinny shapes and ignore them (e.g. operations like polygon erode), however that would increase the toolpath generation time. We will definitely consider this approach, since reducing carving time is also one of our high priority items.