This is about the third time I’ve seen this bug happen when importing an svg from Illustrator to Easel.

When I open the svg in a text editor, I see that there are several “polygon” objects which correspond to the objects that easel is moving around. Those objects are polygons that only have straight lines in them, and are not rectangles or circles.

Is there something I should be doing in Illustrator before saving and importing into Easel? Is there a reason Easel is not respecting the relative positioning of the items in my svg?

Interesting. It looks fine in Inkscape.

Maybe unrelated… I have a new file with some geometry where the cutting depth cannot be changed.

Can you try saving the SVG again with these settings (especially the “presentation attributes” setting): 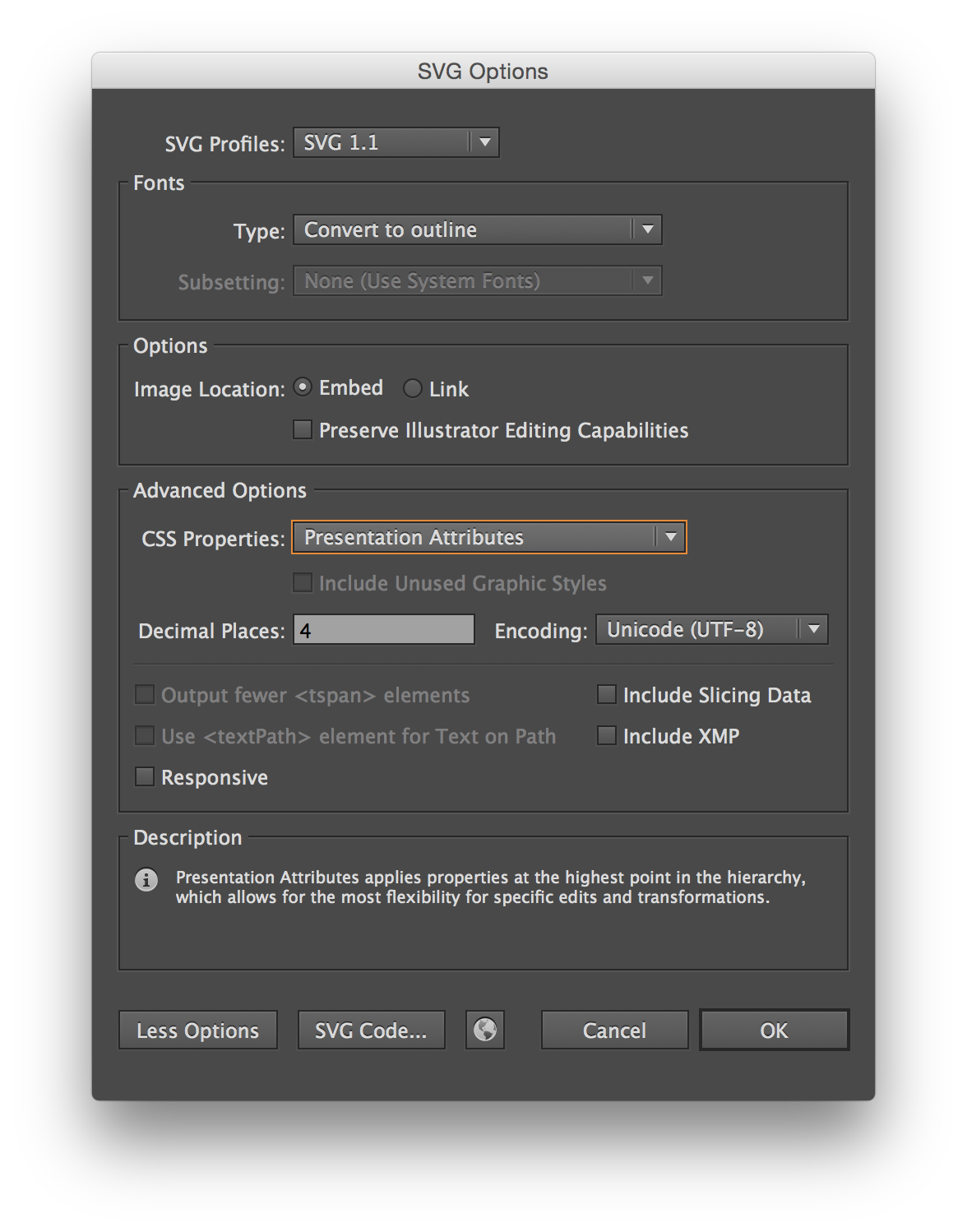 Import the SVG into Easel and see how it goes.

No dice. Still offsetting the polygons with no curves and leaving everything else where it belongs.

fixed the above, now working

Hi guys, just an update—we finally fixed the bug with polyline and polyline objects importing in the wrong place!

this is happy making!

Fantastic! Can you tell us what the problem was?