See the image below. This is a Carvey. The design is symetric and simple. But when I run the carve, each depth iterating creates a step. I tried new and different bits,different wood and even running at half speed. I have been going at this all day long.

Any idea what is going on here? 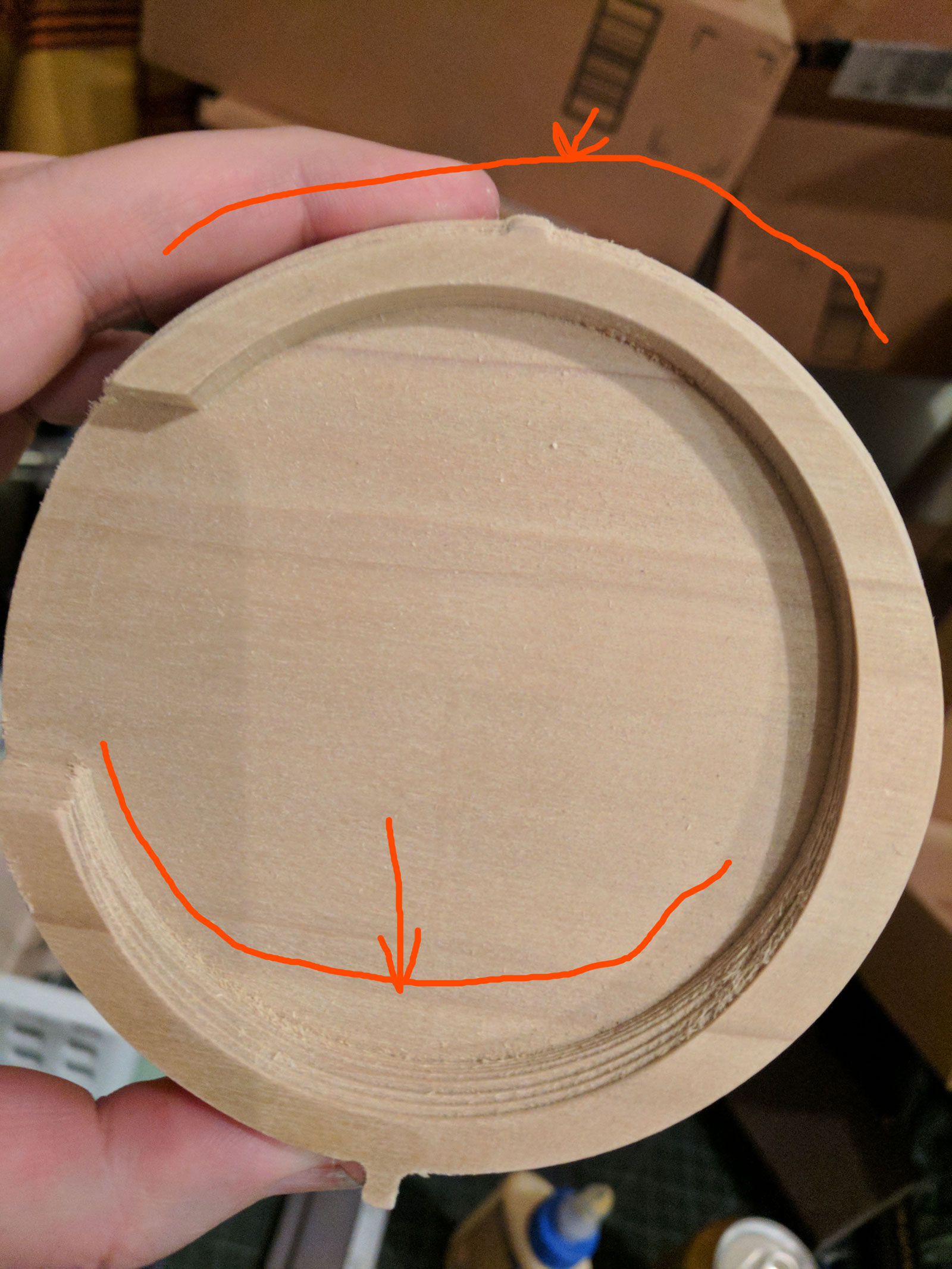 It must be under the tray then because it is the depth cut that seems to be slipping. Is there a manual for making these adjustments, or is it obvious?

What is your bit size and depth of cut?

I think I found the manual for this. Thanks for the help

Something to also check.
This may or may not be of an issue but it was with me.
I was plauged with a strange stepping no matter what bit I used but was more noticeable with pocket cuts and larger bits. It took a lot of time to figure it out.

Part of my problem was the X carrage. I had inadvertently place one of the washers on the wrong side and the area affected would cause the carage to ride up the V-wheel a bit then drop down (The v-wheels did not get damaged as it was just slightly riding up then dropping and you can see it when you move the X carrage back and fourth and it feels like a bump) This would happen more in one spot than random but later showed up to be more noticeable as it did it multiple times.

Also another issue was the Z axis not rigid enough for the vacuum hose I was using. The movement of the hose and its resistance caused the stepping you are seeing with mine. If I took the hose off then it would carve perfect but I would have dust everywhere.

The issue with the Z axis I have seen I fixed by loosening all the eccentric nuts then tightening everything back up. On the Z axis you have to take out the router from the mount and loosen those 2 screws on the derlin nut to make sure they do not interfere with the v-wheels not having even pressure. If you do not do this then you will have more tightness on one side and the other side will be loose allowing slop in your Z axis travel.

Thanks guys! I tried to remove the bottom panel with a cheap 2mm hex key. But is was too loose in it. I just ordered a better quality hex key, so I am on hold for a couple days.