I managed to strip a screw on the spindle carriage link. Before I start hammering a flat head screwdriver into and potentially ruining the machine before I get to use it, I wanted to see if anyone had any suggestion on extracting it.

You can get it out using a drill.
I had the same issue
If you do not loosen the bolts together a bit at a time that middle one will bind and you can’t move it.
This happend to me.

Just use a smaller drill bit than the hole.

Another method is to use a dremel with a cutoff wheel.
You cut it in the middle between the plates.
once its cut then you can use pliers on one end and the other end should turn out.

Get the larger head for the new screws. They do not strip as easy.
I do not know why someone would use a weak head where you can put much force on it for that part.

Use a reverse drill bit. 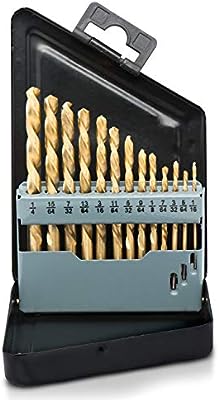 I had the same issue. I picked up a screw extractor from Ace Hardware which worked (drill pilot hole and reverse thread extractor) Just be careful, the threads are a little delicate. The “good” news is that the spindle mount by itself is relatively cheap ($35) and, worse case, drill a bigger hole and use a screw and nylock nut.

I ended up using a dremel with a cutting wheel to cut a notch in the screw head because my buddy is borrowing my drill and I didn’t have a chance to buy a new bit. It worked really well although I touched the carriage with the dremel wheel and left a mark. No big deal. It was easy to then fit a fat flathead screwdriver into the slot and back it out. Probably going to replace these carriage screws and then use wingnuts or something.