Struggling to do engrave

Hey folks… So… I seem to have reached the end of my yellow brick road… I have this design I would like to engrave in to aluminum.

Fairly complicated yes… I initially thought I’d just go through Fusion360… create it in 3D, use an extrude and then engrave the bits out… not sure why… but couldn’t get the engrave to work at all. I’ve created gcode in fusion many times and gone through easel to the xcarve so that was confusing.

So… then figured I’d do a version in illustrator, save the SVG and then import in to Easel and go from there… my browser just keeps giving me the message that the page has run out of memory… I assume the hatching lines are an issue?

The end result I’m looking for is the black lines of the image to be engraved about 0.1mm in to aluminum and then cut out the outer shape. Doesn’t seem hard right?

Hey @MarkBreakspear,
Can you share the Fusion 360 file? I can take a look later tonight.

Awesome thanks! I actually managed to work it out last night… rather than model the knurl, I just created it with a ballnose… duh! 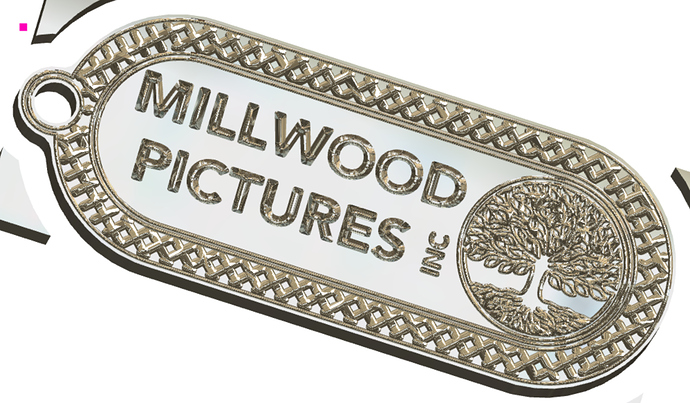 There are many times, with Fusion, that you would not have to do actually model the end result. As you realized, you can generate toolpaths from a 2D sketch.
I have recently been doing some V-carve inlays just using 2D sketches in Fusion 360.

Yeah, I love that feature. I can’t believe I only just learnt it. That’s what I love about this though, the daily discovery and potential that comes from it. Thanks Neil.