Instructions specify M5x20mm screws for the outer rail but those are much too long and do not allow the rail to be tightened down to the wasteboard properly. Maybe the instructions are wrong and I’m supposed to use a shorter screw, maybe the pocket on the wasteboard was cut too deep, maybe I’m an idiot and am missing something?

This is really disappointing…

It would seem the screw recess is too deep. Which is obvious, but I wanted a sanity check. There must be zero QC. How does this happen? These things are cut on a CNC and all it takes if 5 seconds with some calipers (or a go/no-go gauge) to make sure the board is in spec.

I’m trying to be patient, and understanding that mistakes happen but this is like ordering a cheese burger and getting a fish sandwich… So far zero word from Inventables, I’d of hoped that even given the weekend they’d care enough to address this issue given it’s such an egregious screw up. 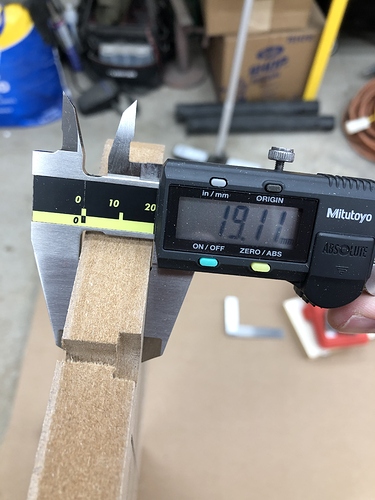 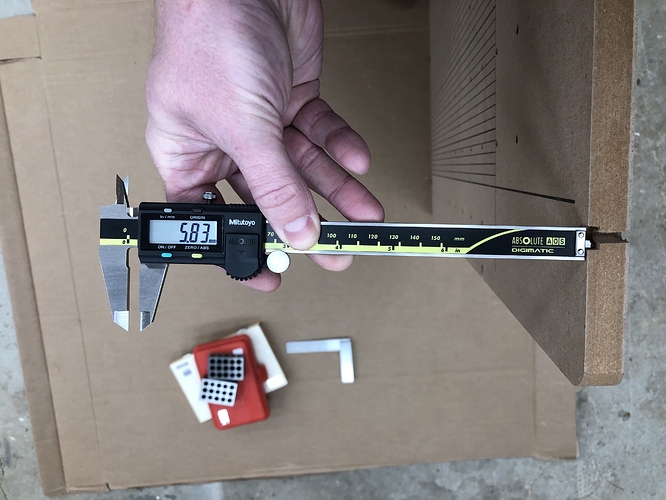 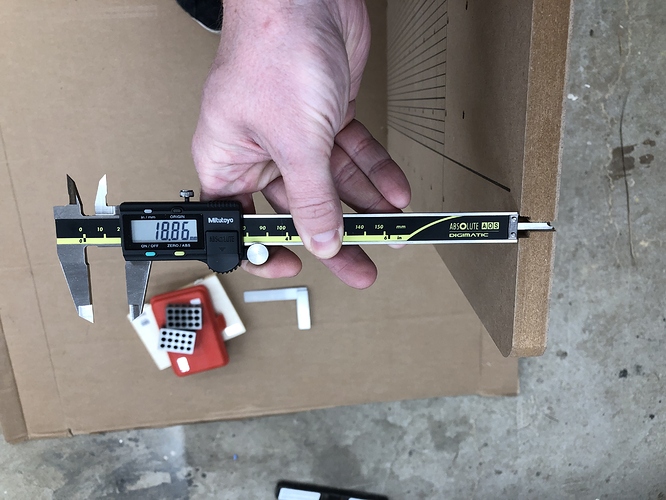 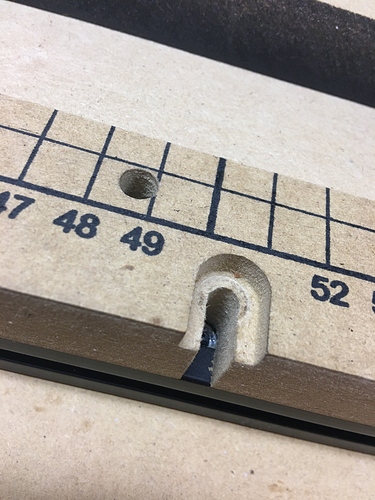 image3024×4032 2.28 MB
I took a picture after I took the screw out. You can see by the indention in the MDF that they’re not that tight. I didn’t notice that when I was putting it together. So if the recess was cut just a little to deep or the MDF isn’t exactly 3/4” then it can be a problem. I know you dont want to hear this but you could put a washer on the screw to accommodate for the difference. Once you get the machine together and start using it you will be glad that you did.
MarkA.Bachman March 15, 2020, 6:24pm #8

I agree with Russell and Mark a simple washer should get you going. You can always get shorter screws in the future…

If you bought a new car, would you be OK with having to buy new tires before you even had the chance to drive it?

I am not here to argue with you you do what you think is right.

I want to hear from Inventables. But so far silence. If it’s a washer, fine but I’m not paying for them. And not even being able to get past step one because of such poor design/quality control does not instill confidence in the rest of the assembly and use of the machine.

Wise choice.
I used to be that way too. (small stuff would really ■■■■ me off)
But after a few heart attacks, bypass surgery, a stent, and a pacemaker, you kind of mellow out and stuff just doesn’t get to you anymore.
Don’t let that happen to you.
Enjoy your new hobby.

Finally heard from someone at Inventables, their response was nonsensical. Either they don’t understand the problem, don’t know what they are talking about, or I’m not explaining the issue in an understandable way. The gist of there response was “that’s normal.”

I now have the machine assembled up to having all the wiring and drag chain installed… taking my time and interruptions mean slow progress.

Oh, and they shorted me at least 3 5mm nylock nuts, so I get to make another trip to the hardware store.

Its too bad that you didn’t get everything, but you’ve gone off on an angry rant.
My experience with Inventables has been very different and very positive. If you are this frustrated with them over this, I would suggest you bag CNC’s as a hobby before you start to get angry with yourself.

There is a lot to learn. First comes the test, then the lesson.

I guess they forgot to include the Kool-Aid in my order too. Am I’m being unreasonable for expecting that a (very expensive) tool not be mildly, but effectively, broken out of the box?

You’ve got a guy on this forum asking for bikini pics of Inventables staff, yet I’m the unreasonable one.

I wished they had the laughing emoji because I laughed at your last line.

I did find that a little strange also, bikini pics of the XCarve. People are acting extra crazy since the Corona Virus.

Update for those who care…

Machine is fully assembled as of last night. However, while getting it connected to the computer the xcontroller started to make a loud noise and vibrate, turns out the cooling fan is toast (bad bearing(s)). They are sending me a new one.

In the meantime, I did manage to do a test run “in the air” last night and things went OK. I think I’ll rig up a fan temporarily to blow into the controller so I can continue to get the machine dialed in and start some real work on it.

So, the tally at this point:

At this point while I still think that it’s sort of silly that I’ve had this many issues before even starting to use the machine, Inventables has made it right regarding the waste board (they offered to send me a new one, I asked for a store credit of the same value and they obliged). And after my test run last night, things are looking promising.

Despite some initial confusion (admittedly probably due to my frustration) when I first started talking to Inventables, the person I’ve been speaking with (emailing) has been helpful and brought resolution to the issues.

I will say that the assembly manual is pretty terrible. I’m not trying to insult whoever wrote it but… I’m a technical person and I had to do some double takes and head scratching. Its funny, 'cause it started off OK and then progressively got less and less clear as it went on. Anyway, it could stand a refresh.

That’s it for now, I’m hoping to take the weekend to get the machine dialed in and get cutting with it.