Hi,
I wanna know what type of laser can i buy to make a project like this: 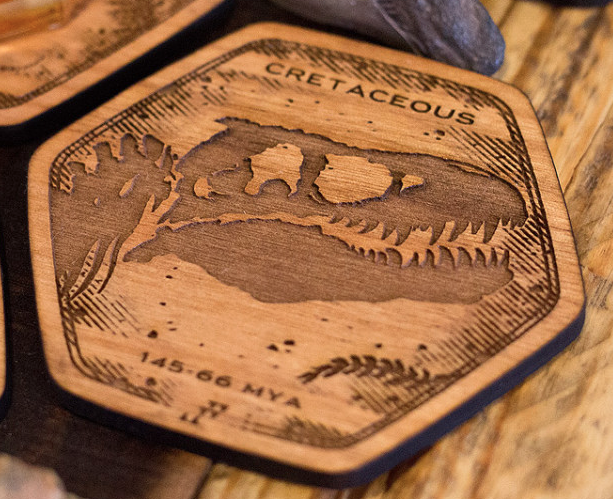 I mean only the engraving, not the cut because i know to cut a piece of wood like that it takes a very powerful laser, i want achieve only the engraving.
That is an amazing work from a online shop, i think the depth of the engraving is max 1mm but it’s very very precise. What you suggest?

The J-Tech 3.8W laser kit could do 2D cutting/engraving like that using our PicEngrave Pro 5 to generate the gcode. 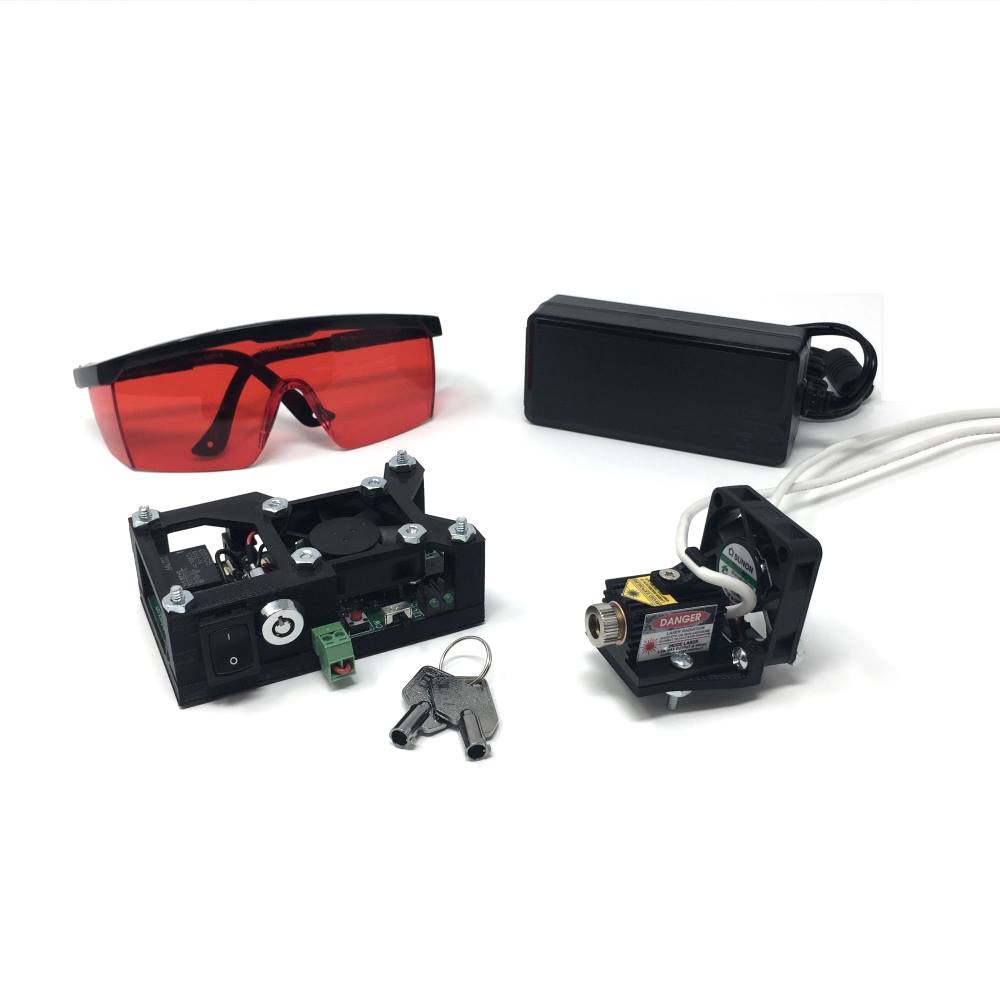 This laser produces an amazing 4.2W of power at MFG recommended settings of 2.5amps! (this laser is the same as the older 3.8W, just improved output) Engrave on wood, leather, acrylics, and many other materials! Cut thin and non dense woods like...

We have been doing precision 3D engravings with a 3W & 6W laser diode. 2D engraving would be even easier.

This process took a couple of days to get the settings and image edited just right for 3D engraving with our EmBlaser.

Thanks for the answer, it’s really cool what that laser do, but costs a lot of money, i see some laser 2W 445nm around 30-40$ with module, i’m looking on something moooooore cheap, that 1mm engraving is really low, i don’t think i need a 400$ to make that engraving work, or I am wrong?

2 Watt really isn’t powerful enough. I have the 2.8 and something like this would take a decent amount of time. Also consider that the price point is for a complete package. Buying components you will need the laser diode, a lens, a heat sink, a power adapter, a driver board, and eye protection.

Since we’re on the topic, I see that there’s a more powerful version than the 3.8w from JTech now as well. I assume the higher power just means faster cut, does it also mean deeper cut?

I set up a 2W laser on my XC ($100 from e-bay, has everything required, diode, heatsink, driver, fans, eye protection, etc.). If I can find some sample g-code or produce some, I’ll try out an engraving and let you know how it goes.

Be careful buying a cheap laser diode setup as doing this type of engraving will require it to run at full wattage for very long periods of time and will shorten the life of it considerably.

Any idea what the average lifespan of a diode from Jtech would be?
I am real close to pushing the button on a purchase of one and am deciding if i want to go with a 2.8 watt or 3.8 watt unit. so far 3.8 is looking better since I believe I can dial it back but a 2.8 can only be pushed so far.

What type of engraving are you planning on doing?

That would be a question you would need to ask Jay at J-Tech Photonics.

We only have an hour meter on our first original laser diode engraver build and it failed at 1290 hours of normal use of engraving photos. It was a M140 5.6mm 445nm 2W laser diode.

@BillBucket Thanks i appreciate it

@picengravertoo you talk about the same laser diode i’m talking too, 2W 445nm, you have used?

We never cut at full power for long periods of time with it. We only engraved photos using varied intensity on that machine. It’s the one shown at the beginning of our PicEngrave Pro 5 instructions PDF.

@picengravertoo thanks for your answer, and you think that with that laser it’s possible achieve the dinosaur engraving like the image?

With a 2W LD you would have to engrave very, very slow and you would need a very good heat sink for the laser diode & module. Even our 3W LD in Poplar takes a very long time.

That looks more like it was done with a dedicated laser system to my eye, from the crisp edges and fine raster work…

I would test it with my 2W engraver, but it does not have an appropriate heat sink for the 2D/3D cutting.

BillBucket offered to test with his 2W LD.

I have the jtec 3.8 and love it. when it comes to lasers buy the biggest you can afford but that is my opinion. It has paid for it’s self a few times over no longer than I have had it.

I did a 2D cutting/engraving test with our 6W LD on our Shapeoko 2. Started out with this image. 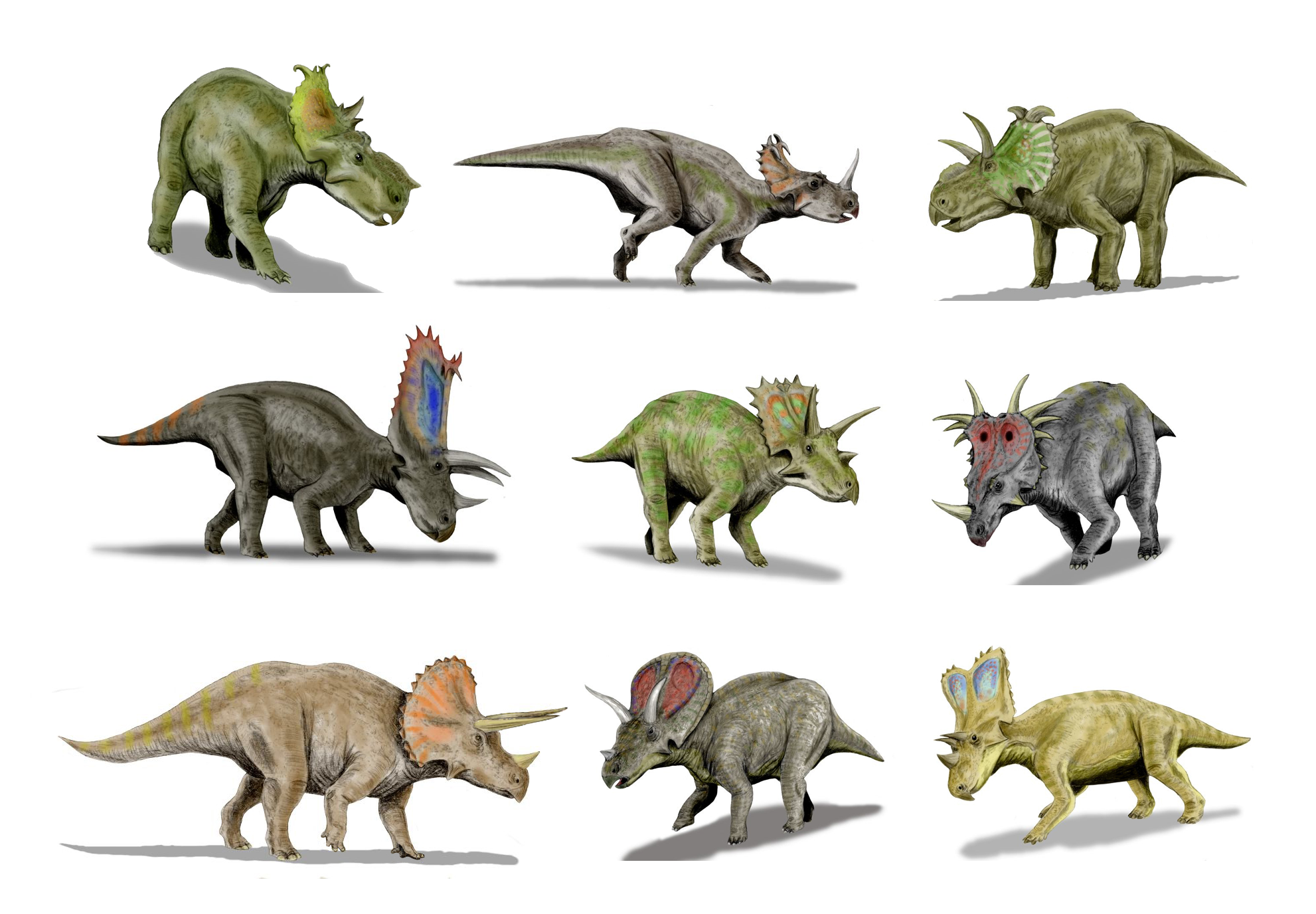 After resizing, adjusting gamma, Dithering and adding gray text in PicEngrave Pro 5, here is how it ended up for generating the gcode. 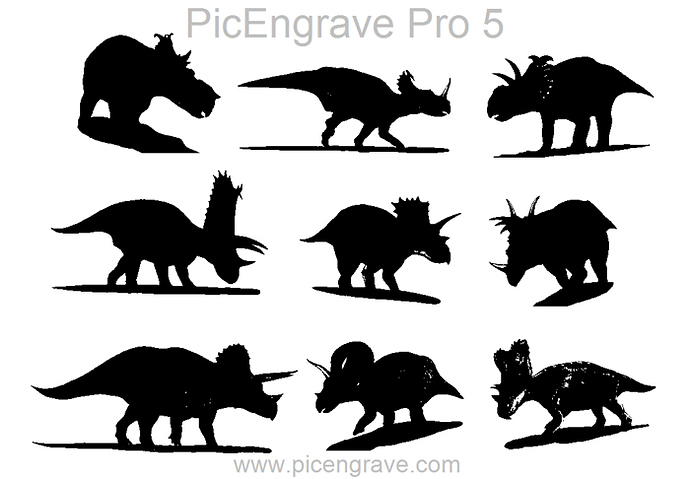 I set the max feedrate to 90IPM and set the Feed Rate Change to 55% and used Skip White to cut down on the engraving time.

Here is how the laser path looks ignoring the outside white areas. 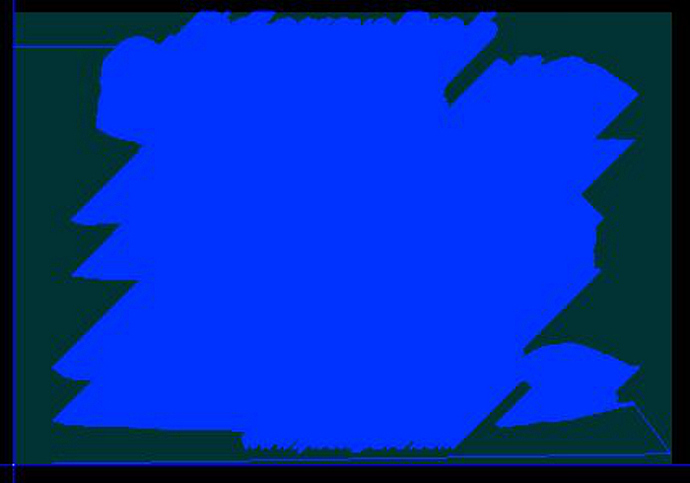 The laser slows to 40.5IPM at full power to cut the black areas in the image and speeds up to 90IPM at zero power in the white areas. The gray text ran at 78.4IPM at 1/4 power to just burn the surface without any cutting into the wood. 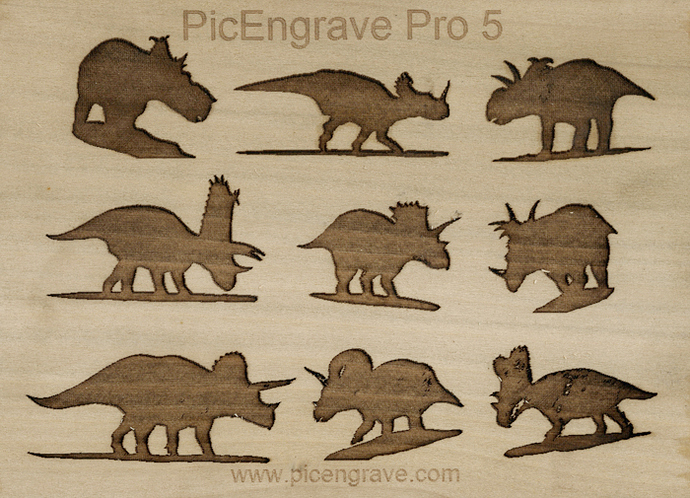 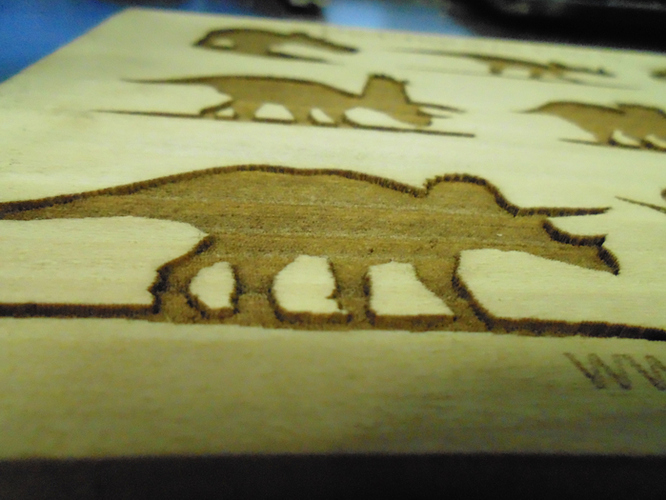 @picengravertoo oh my god you make an amazing work!! Thank you very much to share it!